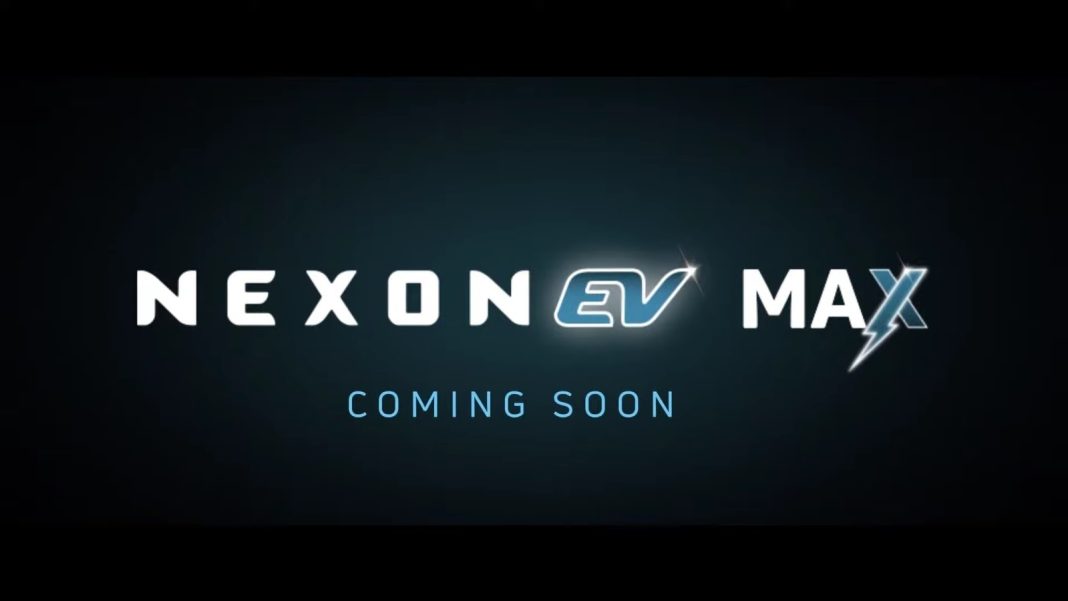 The upcoming Tata Nexon EV MAX is expected to launch on May 11, 2022, and it will feature a larger battery, new features, and updated styling

Tata Motors will be launching a long-range version of its electric SUV – Nexon EV – in the Indian market soon. The manufacturer has released the first official teaser for it, revealing that the new version will be named ‘Nexon EV MAX’. The biggest change would of course be the addition of a larger battery, and there will be some other changes as well.

As per reports, Tata Nexon EV MAX will be powered by a 40 kWh battery pack, which should push the official driving range figure to over 400 km on a full charge. Other than that, the SUV is expected to get some new features, like cruise control, ventilated front-row seats, park mode, cabin air purifier, auto-dimming IRVM, and an electronic stability program (ESP).

Tata’s electric SUV is expected to get a more powerful 136 PS electric motor, instead of the 129 PS electric motor offered currently. Also, the teaser shows us that the rotary drive selector will be upgraded and the alloy wheels will have a new design. It should also be noted that the long-range ‘MAX’ version will be sold alongside the current (standard) model.

The standard Tata Nexon EV will likely also get the additional features mentioned above, including the more powerful motor, but the current battery pack will remain unchanged. This would help the manufacturer spread the Nexon EV range over a wider price range, thus covering a larger potential audience base.

We expect a few minor changes to the exterior and interior design as well. Due to the larger battery (and additional features), Tata Nexon EV Max will be significantly more expensive than the standard version, which will also see a price revision due to the updates in the equipment list. Tata Nexon EV MAX, similar to the standard Nexon EV, won’t have any direct rivals in the Indian market. Instead, it will serve as an affordable alternative to MG ZS EV and Hyundai Kona Electric. It should be noted that the former was updated earlier this year, and the latter will be updated in the coming months.