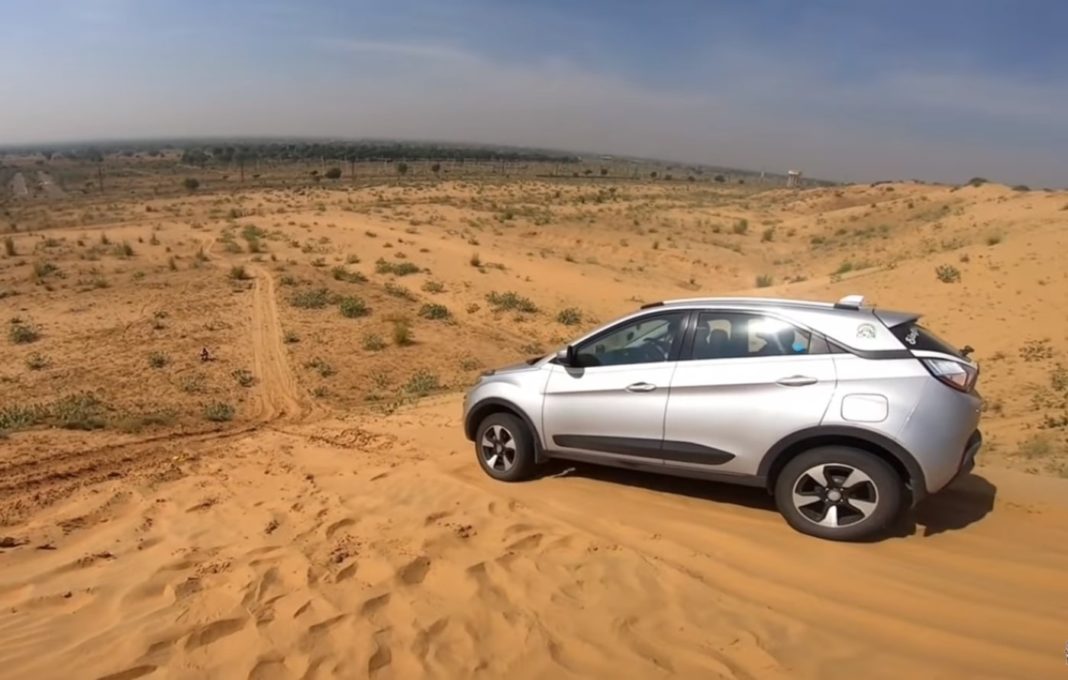 Here, we have a video where we see a Tata Nexon enjoy some dune bashing, while a Mercedes-Benz ML250 CDI got stranded doing the same

India is home to plenty of off-road enthusiasts, and people love to take their SUVs to the beaten path. Sometimes, these SUVs aren’t even proper 4X4 vehicles, but depending on the driver’s skills, that might not be a problem. Similarly, the lack of experience can cause even a powerful AWD SUV to get stuck on trails. Here, we have a video which demonstrates the same.

This video has been uploaded by a YouTuber called Lokesh Swami. In the video, we see a group of young men out for adventure in Jaisalmer’s sand dunes. There are plenty of vehicles there, including Toyota Fortuner, Tata Nexon, Maruti Gypsy, and a few old Mahindra Thars. A second-gen Thar also makes a cameo at the beginning of the video.

The driver of the Tata Nexon then prepares for some dune bashing. He jokingly states the Nexon has been modified into a 4X4 using a Jeep transfer case, which would’ve been quite a brilliant combo if it were true! To build momentum, he drives the little Tata crossover back the way he came, to gain a decent run-up. After that, the Nexon charges ahead, and with almost no difficulty, manages to drive up the dune, and then down the other side.

On a nearby dune, we see a Mercedes-Benz SUV stuck in the sand. The group then goes out to help the Merc, using an old Thar. However, tragedy struck again, and the mechanical winch on the latter stopped working. A second Thar was then called for the rescue mission later, which managed to pull the Mercedes out.

Now, how can a tiny front-wheel-drive Tata Nexon manage to climb a dune easily, while an AWD Mercedes ML250 CDI (with 203 HP and 500 Nm on tap) gets stuck? Well, driving experience plays a big role in off-road trails. By the looks of it, it seems like the ML-class SUV managed to climb up the slope, but the driver stopped at the peak, losing all momentum. 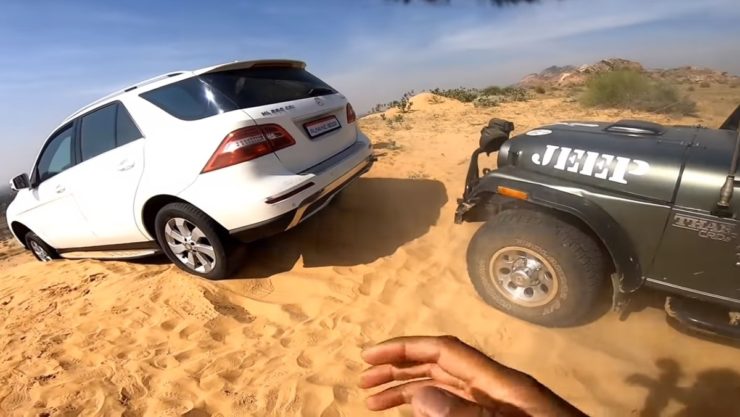 The vehicle must have then sunk into the sand due to its weight. On the other hand, we see the Nexon’s driver drive the car up to the peak, slow down to a near halt to see the path ahead, and then drive down the other side without missing a beat. It should be noted that if you’re going for an off-road adventure, always have a backup vehicle to tow you in case you get stranded.