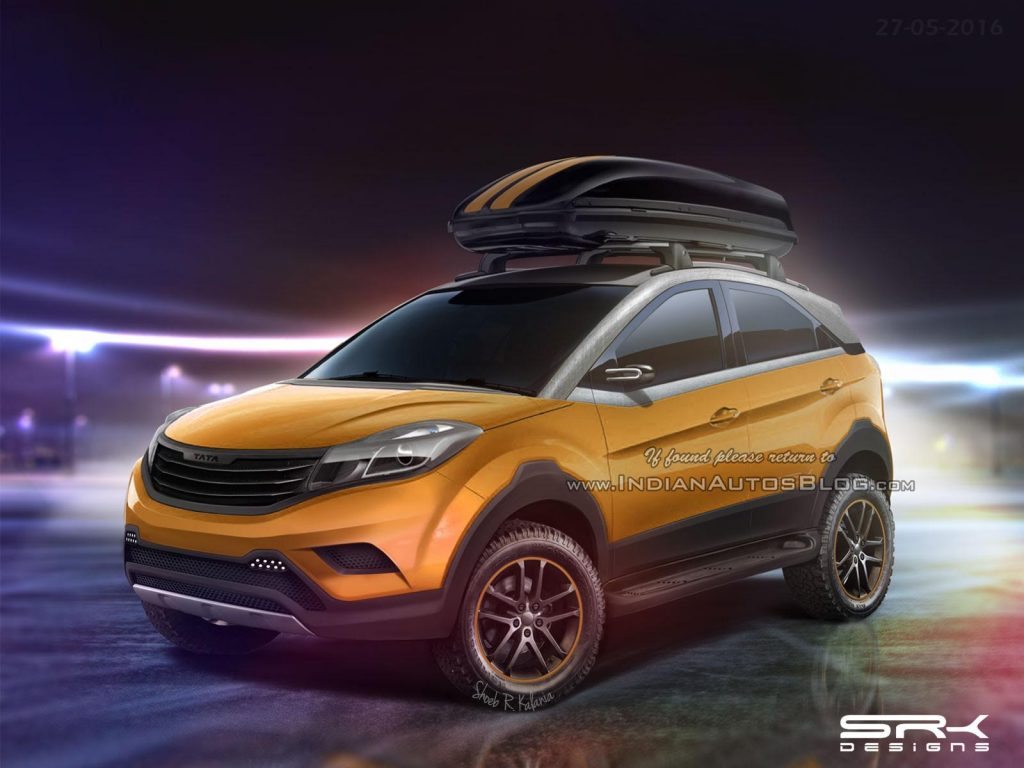 The upcoming Tata Nexon sub-4m SUV will be launched with a slew of personalisation upgrades and IAB has come up with speculative rendering of the customised Nexon. The imagined pictures have been given large amount of changes and most of them won’t make it to the production model.

What’s interesting to note is that the stylish compact SUV is well suited for modifications and extra add-on features. The photographs of the digital rendering come equipped with a sporty and adventure body kit which brings an aggressive overall appeal.

The looks will be topped off by the wing mirrors ditched in favour of cameras, roof box, well designed large alloy wheels with all-road tyres, prominent black slated grille, brushed aluminium finished pillar, steps on the sides and floating roofline. 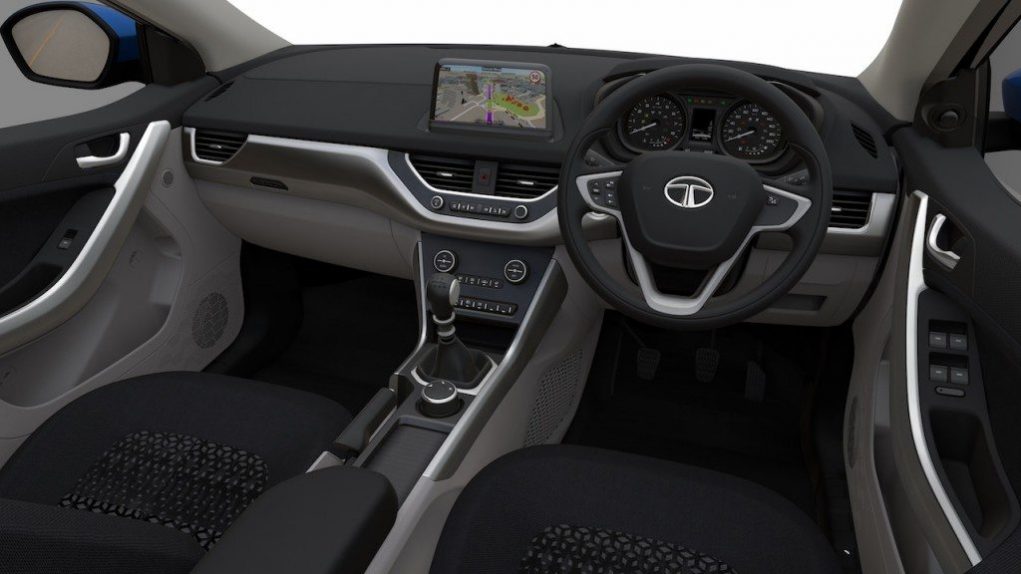 Tata Motors presented the interested buyers an opportunity to digitally customise the forthcoming Nexon subcompact SUV at the Indian Auto Expo 2016 in early February. It pointed towards an unique potential customisation options that could be introduced at the launch, predicted to happen sometime next year.

Under Tata’s newly established Personalisation Studio feature, the eccentric options will mean that the Indian auto maker will have a head-start among others in the production model’s customisation. The degree in which the customers can define the options is yet unknown but features like interior trim, bespoke roof, window line, graphic and decal designs are more likely to be customer-specified. Tata could avail such customisation options for the Tuff versions of Hexa and Safari Storme as well. What doesn’t change, however, is the mechanicals that Tata Nexon will be offered with.

As for the engines, the Tata Nexon will be powered by a turbocharged Revotron 1.2-litre petrol engine and a newly developed 1.5-litre diesel mill. The latter will push out a maximum power output of 110 PS and 260 Nm of peak torque. It will be linked with a six-speed manual gearbox sending drive to the front wheels.