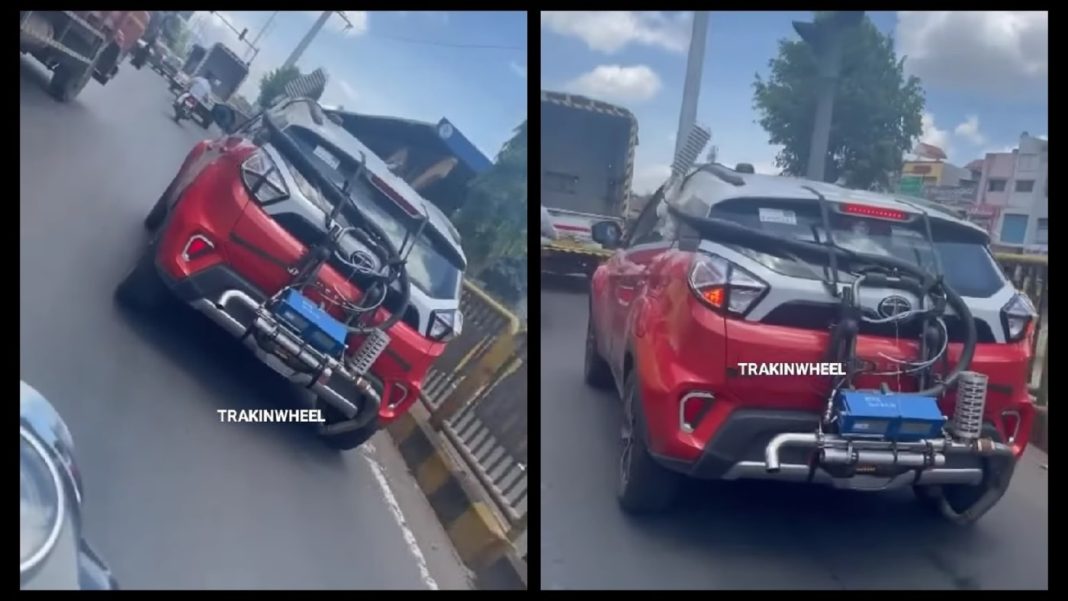 As per speculations, Tata Nexon CNG will be powered by a turbocharged 1.2L bi-fuel engine, which should deliver impressive performance

Towards the beginning of this year, Tata Motors had launched its first factory-fitted CNG cars in India – Tiago i-CNG and Tigor i-CNG. The homegrown manufacturer is expected to further expand its CNG passenger car lineup in the domestic market, and as per speculations, the Nexon compact SUV is expected to get a CNG powertrain option soon.

Tata Nexon CNG has reportedly been spotted once again during a road test in India, seen in the video below by TRAKIN WHEEL. We believe that the little SUV will feature a 1.2-litre, turbocharged, inline-3, bi-fuel engine. Using forced induction will help the powerplant develop decent power even when running on natural gas. It will likely only be available with the 6-speed manual translation.

Currently, Tata Nexon is available with two engine options – a 1.2L turbo-petrol unit and a 1.5L turbo-diesel unit. The gasoline mill is good for 120 PS and 170 Nm of peak power and torque, respectively, while the oil-burner belts out 110 PS and 260 Nm. Both engines are available with a choice between a 6-speed manual gearbox and a 6-speed AMT.

Counting the combined sales of its ICE and EV versions, Tata Nexon is the best-selling SUV in the Indian market currently. The addition of a CNG powertrain will help the compact crossover cover an even wider audience base, which could help further improve its sales performance!