Tata Nexon beat Ford EcoSport to become the 2nd best selling compact SUV of 2018. The only update Nexon got last fiscal was the introduction of AMT transmission in July and some limited edition models but Ford introduced a new top-end variant of EcoSport and the company re-introduced the EcoBoost engine in May.

Tata Motors sold 55,008 units in FY2019 compared to 46,265 units of Ford EcoSport sold in Apr 2018-March 2019 period in India. The sales difference between both these models is around 9,000 units but the EcoSport was leading till November however the downward growth is much more than Nexon, as it is one of the consistent models in its segment.

The EcoSport started off really well as the company introduced the facelift model towards the end of 2017 but the sales were coming down since June as the compact SUV registered negative growth each month. The company was expecting the launch of the new variants would help sales to increase but the pricing was on the premium side. 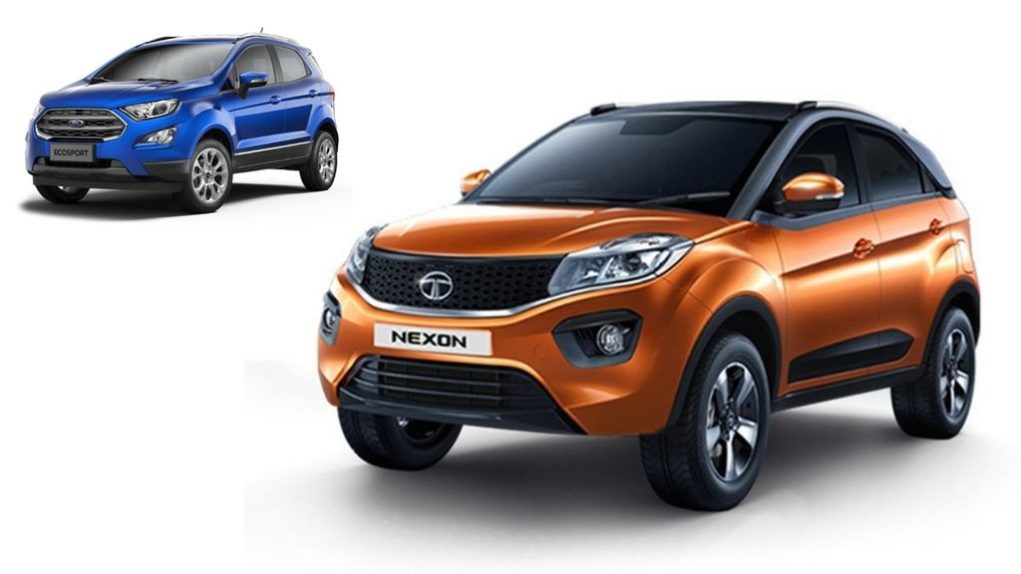 The new partnership between Ford and Mahindra might help the American manufacturer to improve sales in 2019 as Mahindra has started selling EcoSport from its dealerships in selected places where the Ford doesn’t have dealerships or in the current ones, which perform really bad and these dealerships will service Ford vehicles also.

Tata Motors is likely working on a new petrol hybrid variant of Nexon along with upgrading current diesel engine to meet the upcoming BSVI emission norms. One of the reasons for the success of Nexon is its design theme, which is similar to the concept model and it comes with lots of features and powerful as well as efficient engines.

The company priced the Nexon aggressively against competitors as well. The Impact Design philosophy with a coupe-ish roofline did give an unique and modern appeal to the Nexon. It will have to deal with recently launched Mahindra XUV300 as it offers several segment-first features and gets a good start in initial 2 months.