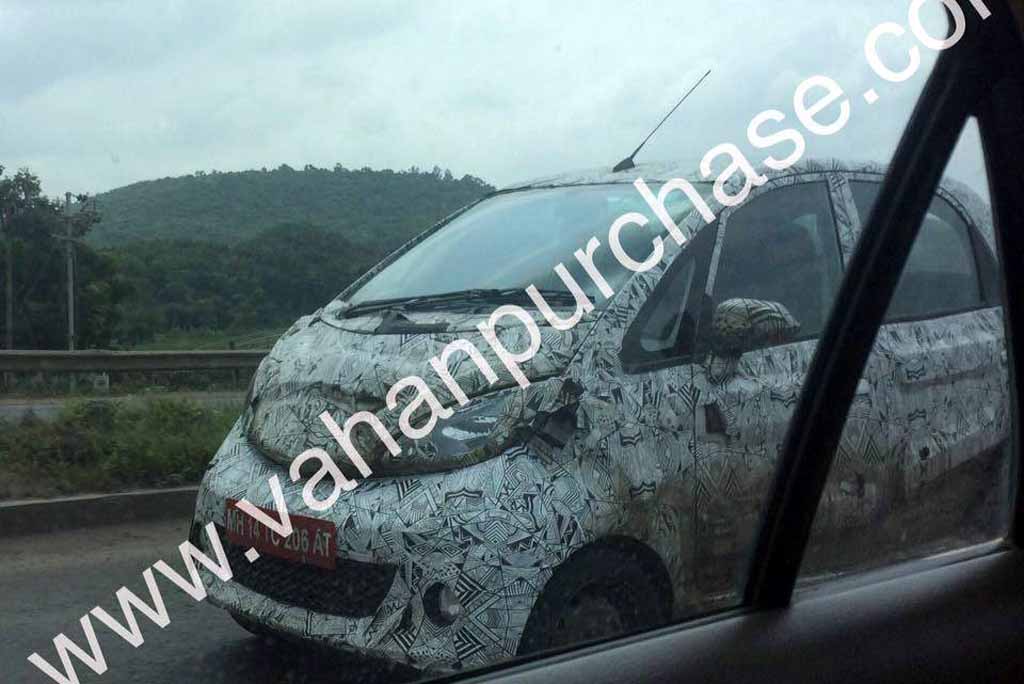 Tata Nano might not be a very profitable car for Tata Motors, but the company hasn’t given up on the tiny runner. The Nano is certainly one of the revolutionary models from the brand in the Indian car market. The car is now about to get its most significant update, and test-mules of the upcoming all-new Nano has been spied testing several times.

Codenamed as Pelican, the new car seems to have taking design cue from Nano Europa concept. A prototype has been spied testing near Pune recently, and it reveals the new design headlamps. The new large wraparound headlamps come quite stylish, and bear significant similarity with the Nano Europa concept.

The front and rear bumpers of the car are derived from the Tata GenX Nano, but expect them to come revised in the final production model. It runs on 13-inch wheels, which are larger than the Tata GenX Nano’s 12-inch wheels. Apart from that, the upcoming car also gets single wiper with double arm, windshield washer jet mounted on the small hood.

Tata Motors is expected to give the new car an upmarket interior as well, which could come bearing more features than GenX Nano. Expect the car to feature a new and relocated instrument cluster, which is more conventional than the instrument cluster of GenX Nano. The centre console comes in line with the Tata Tiago, and expect it to get a Harman developed infotainment system.

Power source for the car is likely to be an 800cc three-cylinder petrol engine, churning out peak power in between 60 PS and 70 PS. On the transmission front the car could come offering a 5-speed manual gearbox and an AMT as option as well. Expect it to launch in Indian market sometime in 2017.