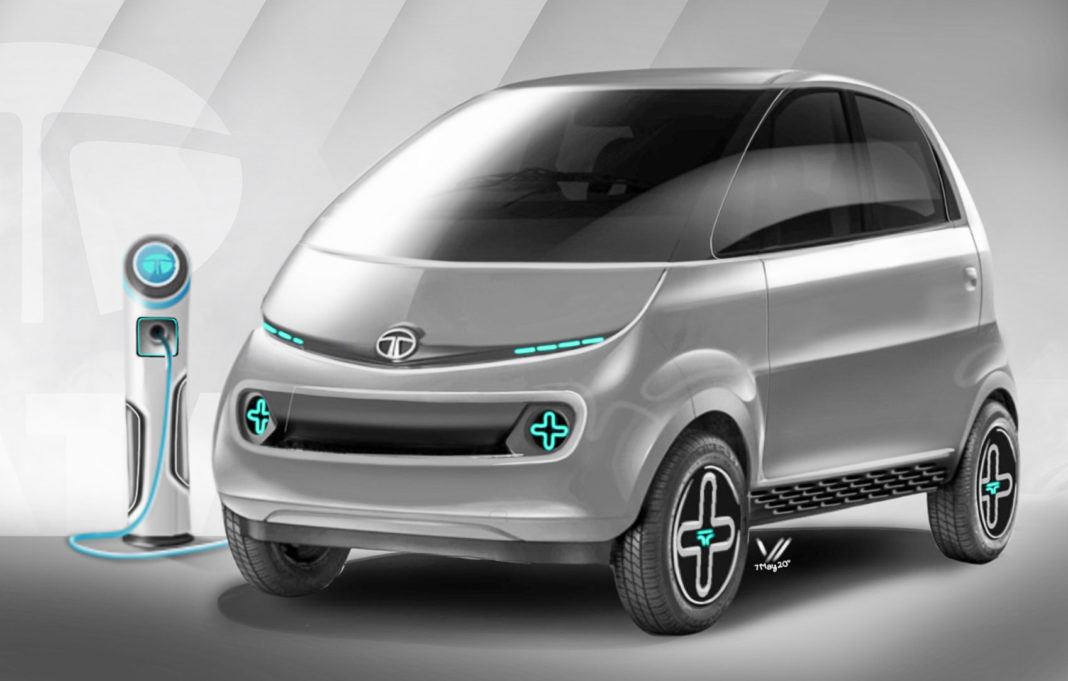 While the Tata iNano EV concept seen in the images is a work of an industrial designer and not an officially consigned project, it surely comes across as a brilliant idea

The Tata Nano isn’t on sale anymore but it surely made head turns back when it was first launched. However, the initial buzz didn’t translate into a sales success and a gazillion updates later, the Nano was finally taken off the shelves. Today, however, we have an idea that and help Tata Motors resurrect its failed child.

What you see here is a brilliant digital illustration by one Vishal Verna, an industrial designer who graduated from the National Institute of Design. The gentleman has reimagined the Tata Nano as a swanky EV that can go on to become an affordable option for those willing to take a plunge into the world of electric cars.

Vishal grew up around his father tinkering with cars and he feels that the trends of electrification, connectivity and autonomous driving technology are three things that propel the Indian automotive industry grow through the next decade. Vishal says that the first car he sketched before he became an industrial designer is the Tata Nano. For his final project, Verma wanted to work on an automobile design and hence, he worked with Volvo Eicher Commercial Vehicles, Indore. 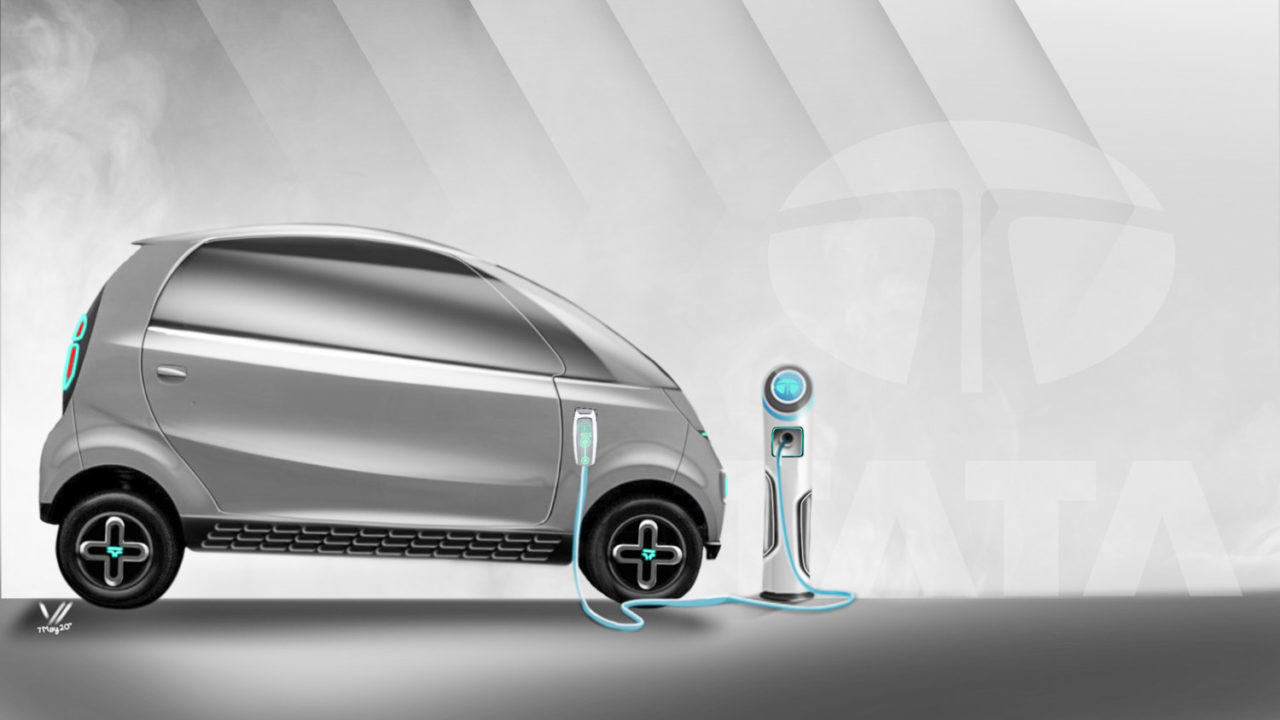 All the influence has brought him back to where he started, the Tata Nano. Vishal feels that the Nano is a spacious offering and the shade of its boy shell makes for a good base for an EV. Hence, the designer replaced the side vents with a grille to allow air cool the batteries. The halogen headlamps have been replaced with LED units to reduce the load on electricals and even improve the illumination.

While the original silhouette has remained untouched, the designer has given the car a futuristic touch by adding bits like LED taillamps and LED foglamps and a panoramic mono glass windshield. Inside, similar modern touches have been included like digital instrument cluster, touchscreen navigation, 5G connectivity, voice control, mood lighting and 360-degree rotating seat. Other than this, the car also gets autonomous driving technology,
deck charging, mood lighting and 360 degree rotating seats. 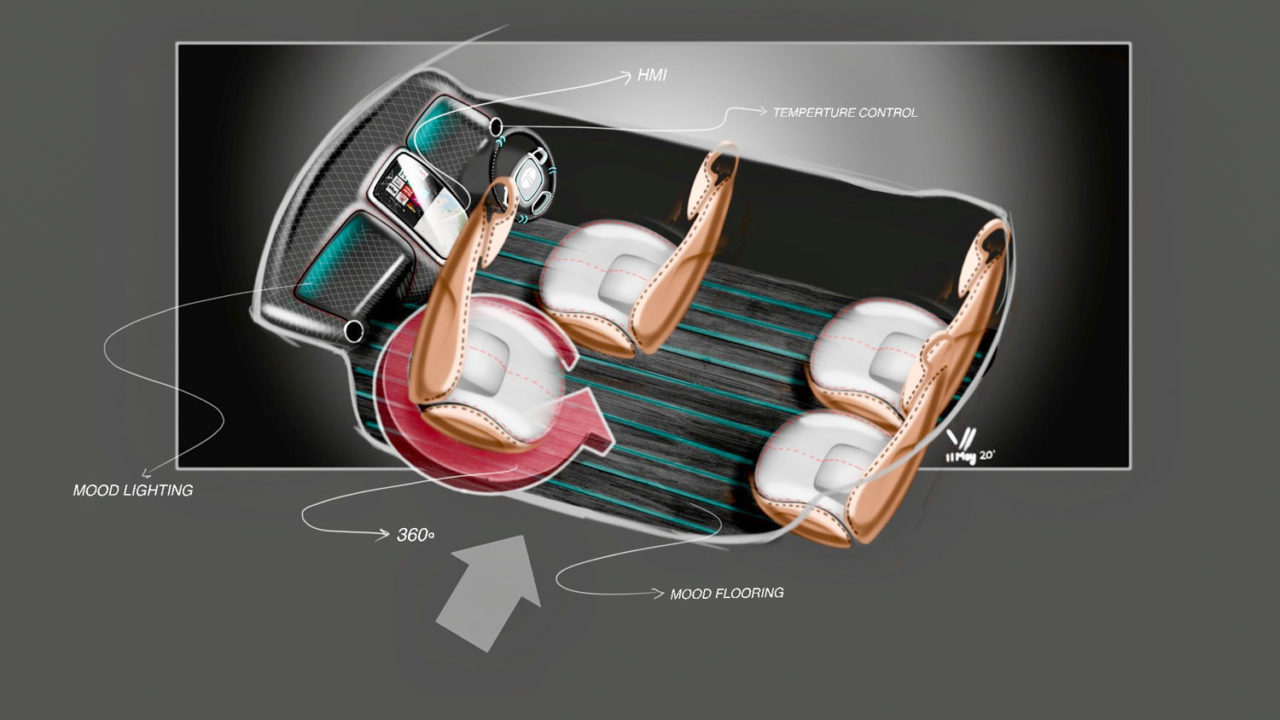 The designer is yet to be decided if he wishes to retain the rear-wheel-drive layout or go ahead with a front-wheel-drive configuration. However, he is already decided on putting the electric motor at the rear. He doesn’t want to put in too many feature to bump up the selling price a great deal. All things said and done, the design study does make for a serious consideration by Tata Motors to bring its blue-eyed boy.