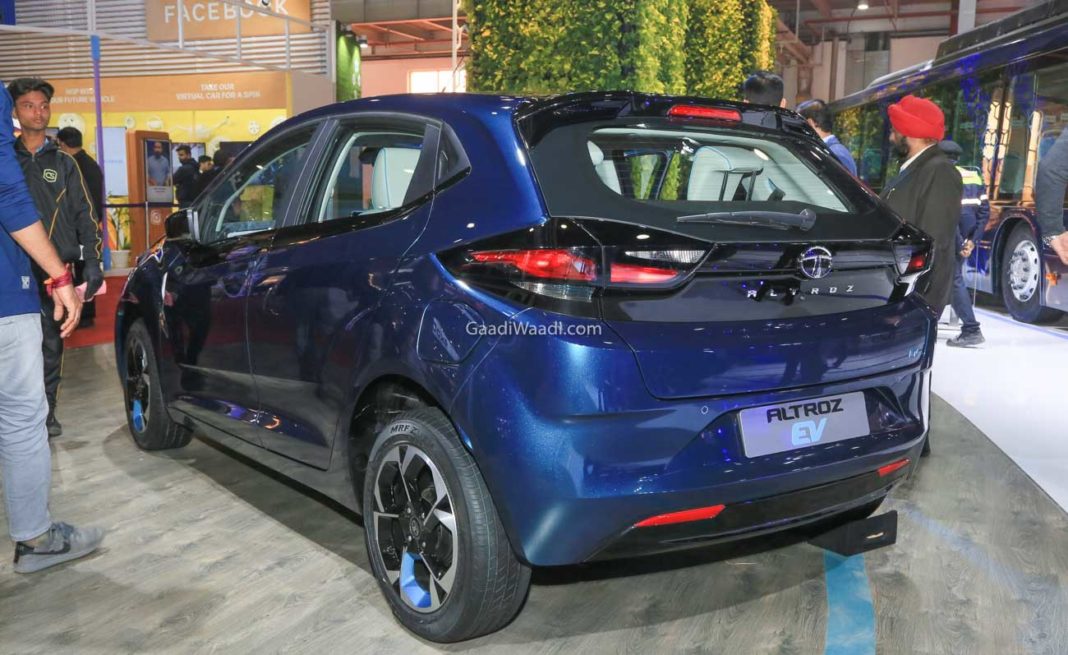 Tata Motors is certainly on a roll in the passenger electric vehicle segment courtesy of the good reception for the Nexon EV and Tigor EV. The Nexon EV helps the brand is garnering the majority of the market share in the zero-emission space and capitalising on its popularity, the homegrown manufacturer is expected to launch the long-range version of the electric SUV in April 2022.

With a larger battery pack, the higher-range 2022 Tata Nexon EV will expand the range with a claimed range of around 400 km on a single charge. It has also been spotted testing quite a few times in recent months further fuelling the launch rumours. However, we do suspect the 19-second teaser video released by Tata is of a brand new product instead.

The teaser video does not show much of the electrified vehicle except the textures of the exterior and the first element shown could be the sharp front bumper with a splitter like profile. As we move along the teaser, the sleeker bodywork does not look to be of the upcoming Nexon EV but the smaller Altroz EV based on the ALFA platform.

The Agile Light Flexible Advanced architecture debuted in the Altroz back in early 2020 and it made its way to the recently launched Punch micro SUV as well. With the platform capable of spawning electric models, the Altroz EV could be the next in line. It will be positioned below the Nexon EV and expect a claimed driving range of more than 300 km on a single charge, if it uses the same battery pack as its SUV sibling.

Tata recently announced a new EV-only sub-brand called TPEML (Tata Passenger Electric Mobility Limited) with a funding of Rs. 7,500 crore. Over the next five years, a total of ten new electric vehicles are expected to come out of it and the Altroz EV could be the first model ahead of the midsize SUV Coupe bound for 2023.

The company looks to be working on three EV platforms for the betterment of its EV future as a dedicated skateboard, Sigma and an ICE-derived base found in the latest models could take the spotlight. Tata calls the upcoming EV Stunning, Dynamic and Electrifying with an EvolveToFuture hashtag and it will be unveiled on April 6, 2022 at 12 pm IST.

The Tata Altroz EV made its global debut at the 2020 Auto Expo based on the modular ALFA and it was targeted to have a range of 250-300 km with zero to 80 per cent charging time in 60 minutes. The prototype had a permanent magnet AC motor with single speed gearbox while the blue accents on the inside and out emphasised its EV nature.