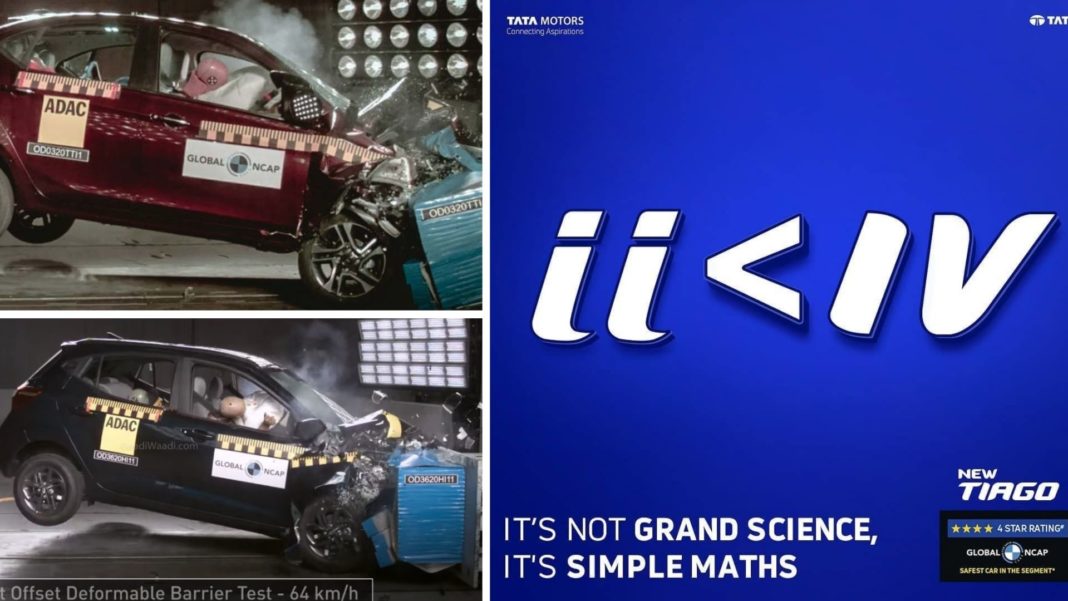 Tata Motors has been having a fun time on social media lately, taking digs at the competition whenever possible

Just a week ago, Global NCAP published the crash test results of three vehicles – Maruti S-Presso, Hyundai Grand i10 Nios, and Kia Seltos. The safety scores of these vehicles weren’t quite up to the mark, and netizens have been quite vocal about the same. Tata Motors recently shared a poster on various social media platforms, cleverly teasing the S-Presso for its low safety score, and now, the company is poking fun at the latest-gen i10!

In the poster shared by Tata Motors, we see the roman numerals for 2 and 4, with a sign for “less than” placed between them. The message translates to “two is less than four”, referring to the adult occupant safety scores of the two vehicles. The ‘i’ used here are stylised to match the ones used by Hyundai on its i10 and i20 badges. 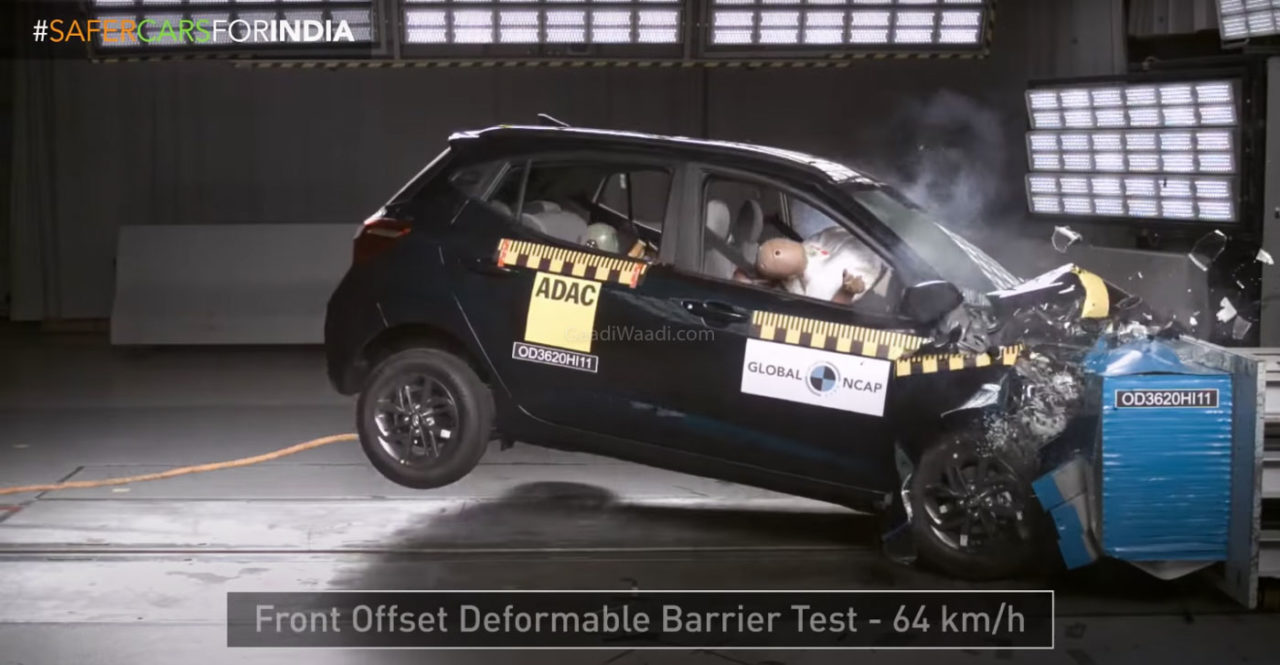 The poster also has another message stating “It’s not Grand science, it’s simple maths”, just in case the message was too subtle for a few people to understand. Now, we’re waiting to see if Tata has something planned for the Kia Seltos as well!

The Hyundai Grand 10 Nios was launched in India last year, and has been selling quite well since. As for Tata Tiago, its sales figures are comparatively lower. That said, Tata’s popularity in the Indian market is slowly but steadily rising, and the Tiago is the brand’s best-selling model, while also being the most affordable in the lineup. 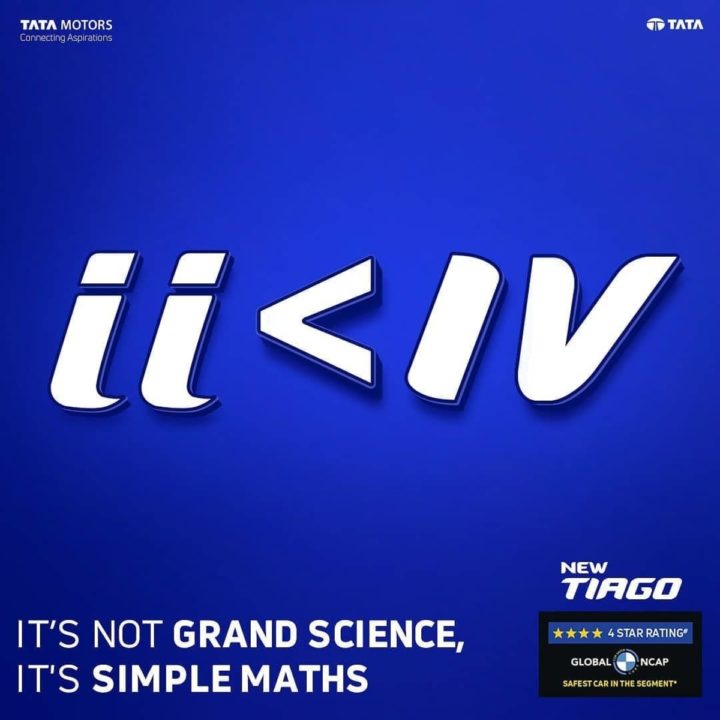 With awareness about vehicular safety rising among Indian buyers, many people have voiced their concerns about vehicles with low safety ratings. Still, there’s a lot of ground to cover, and manufacturers will have to improve the safety standards of their vehicles in order to make them safer for the average buyer.