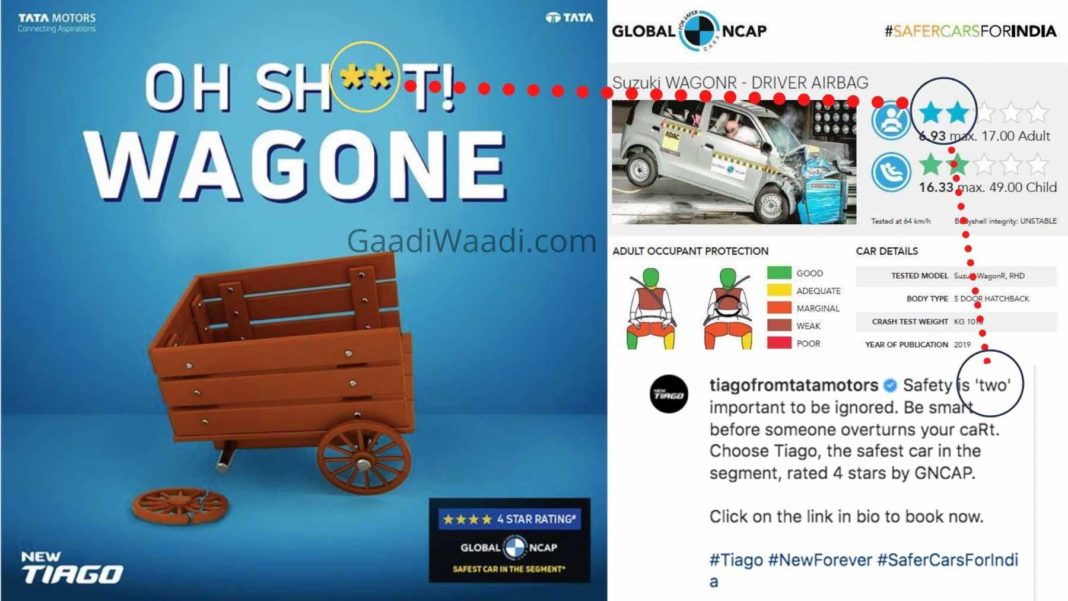 After Maruti S-Presso and Hyundai Grand i10 Nios, it’s the turn of Maruti Wagon-R to be mocked for its NCAP safety rating by Tata Motors

Tata Motors has been enjoying itself a lot on social media lately, poking fun at the competition whenever and wherever possible. The company’s latest hunt is the Maruti Suzuki Wagon-R, which is a direct competitor to the Tata Tiago hatchback. The former has been derided for its 2-star NCAP safety rating.

Recently, Tata Motors released a poster online, in which an empty cart with a broken wheel can be seen. Along with it, there’s a message stating “OH SH**T! WAGONE”, which is a subtle name-drop for the Tiago competitor. The caption for the original post goes like this: “Safety is ‘two‘ important to be ignored. Be smart before someone overturns your caRt”. Here, the capital ‘R’ is another clue about the car’s identity. 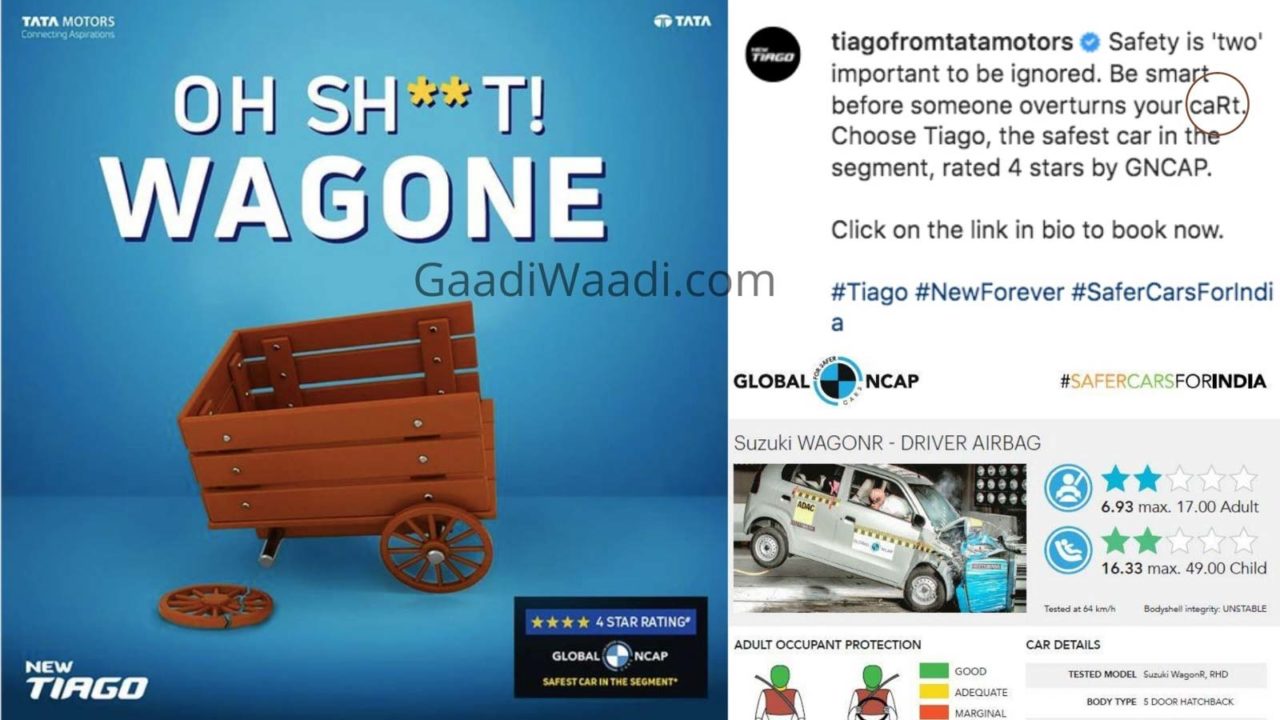 Recently, Global NCAP crash tested the Maruti S-Presso, Hyundai Grand i10 Nios, and Kia Seltos. All three cars had disappointing results, scoring low safety scores. Tata Motors took the opportunity to subtly praise its Tiago hatchback, while simultaneously taking digs at the competition. It should be noted that all cars in Tata’s lineup have been awarded either a 4- or 5-star safety rating, except for the Harrier, which is yet to be crash-tested.

Lately, awareness about vehicular safety has been rising among Indian buyers. A lot of people are now placing safety high on their priority list. Just until a few years ago, this used to the most neglected aspect of a vehicle, with buyers only focusing on fuel-economy and convenience features. 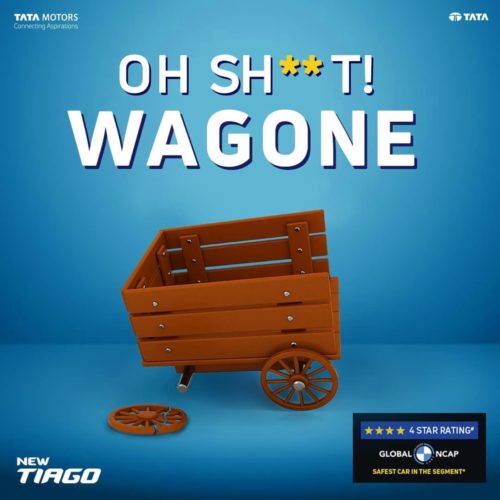 Interestingly, this social media skirmish has largely been a one-sided battle, instead of being a back-and-forth between manufacturers. Although other carmakers are also upping their social media game, it seems like they are yet to discover the power of memes. It would be interesting, and hugely entertaining, if other auto companies also showcase their creativity in such ways.