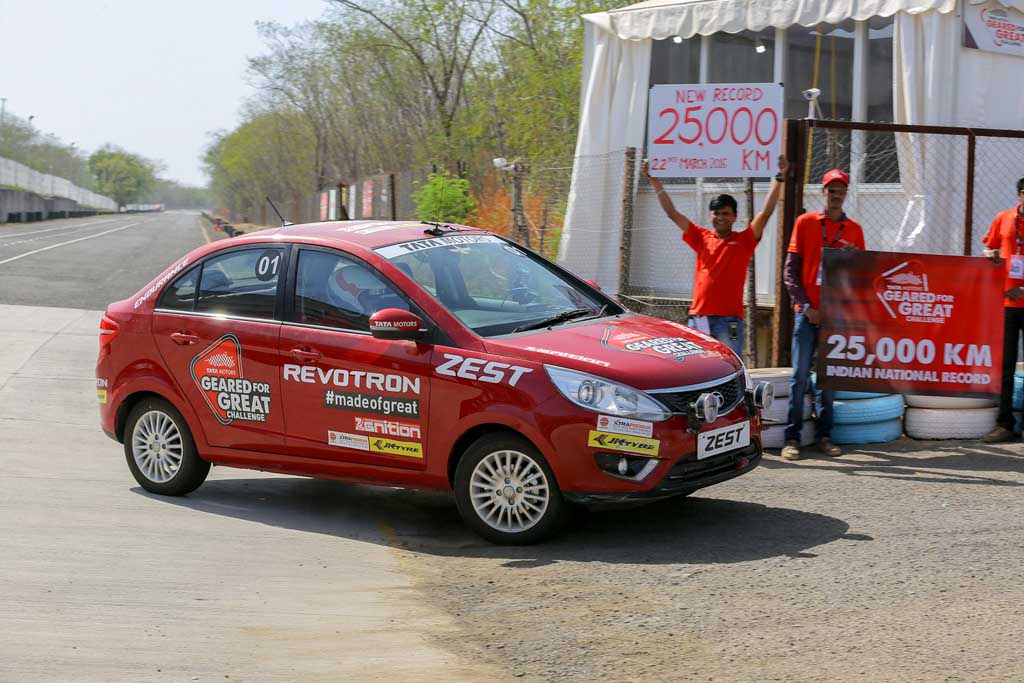 In recent times, we have seen Tata Motors following new design language while making cars like Zest, Bolt and soon to be launched Tiago. These next generation cars come with not only attractive appearance, but also with higher capability.

Recently, the Indian auto major took the #GearedForGreat challenge, in which the Tata Zest, Tata Bolt and Tata Tiago had to surpass the 25,000 kilometers of distance in a high speed endurance run, and that too, for 24 hours non-stop. Surprisingly and amazingly, all the three models have done it very efficiently.

The #GearedForGreat challenge was an ultimate test of performance, strength, speed, efficiency and durability. Ratified by the FMSCI (Federation of Motorsports Clubs of India), highly skilled drivers from Indian automotive world, Indian motorsports champions and young racing drivers were given the gruelling task. 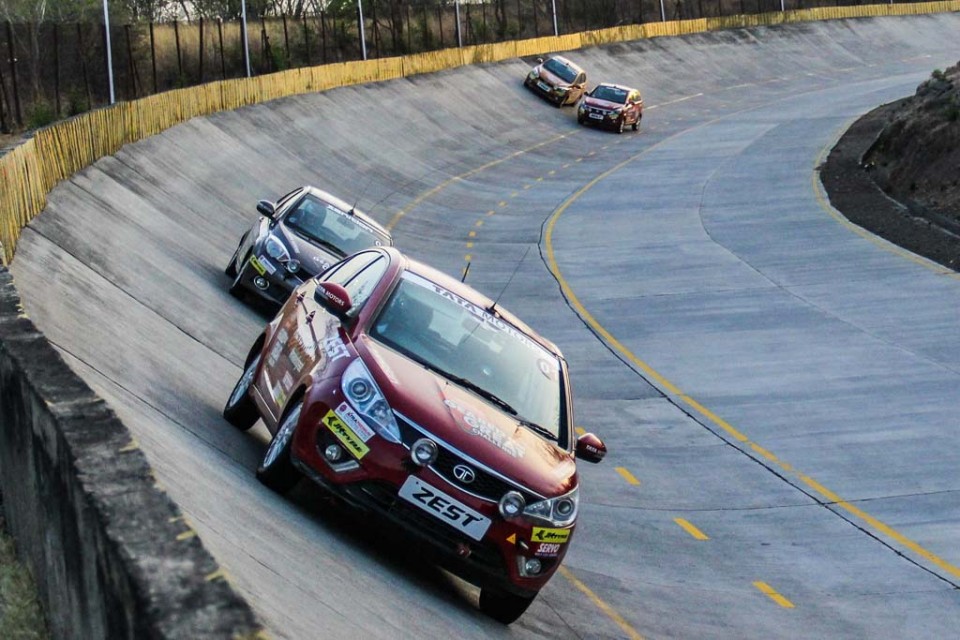 The vehicles were petrol variants of Tata Zest and Tata Bolt, while both the petrol and diesel variants of Tata Tiago took part in the endurance challenge. The cars have been running at a speed of 130 – 140 kmph. The test ran non stop for 24 hours except the short pit stops every 2 hours for driver changes, refueling, routine checks and cleaning of the windshield and headlamps.

Normally, a car covers the 25,000 kilometers of distance in 2 to 3 years depending on the regular driving distances and owner’s usage. Achieving a speed of 130 – 140 kmph on Indian roads for an average Indian driver is pretty tough. Compared to other automakers’ vehicles, the Tata Motors models are regarded by some as less performers.

But, by passing this endurance test with distinction will surely boost the confidence of the India-born automaker and its wide range of customers as well. Achieving this feat will surely help the upcoming compact hatchback Tata Tiago to fetch some extra sales figure. Incidentally, the Tiago is scheduled to launch on 28th March.