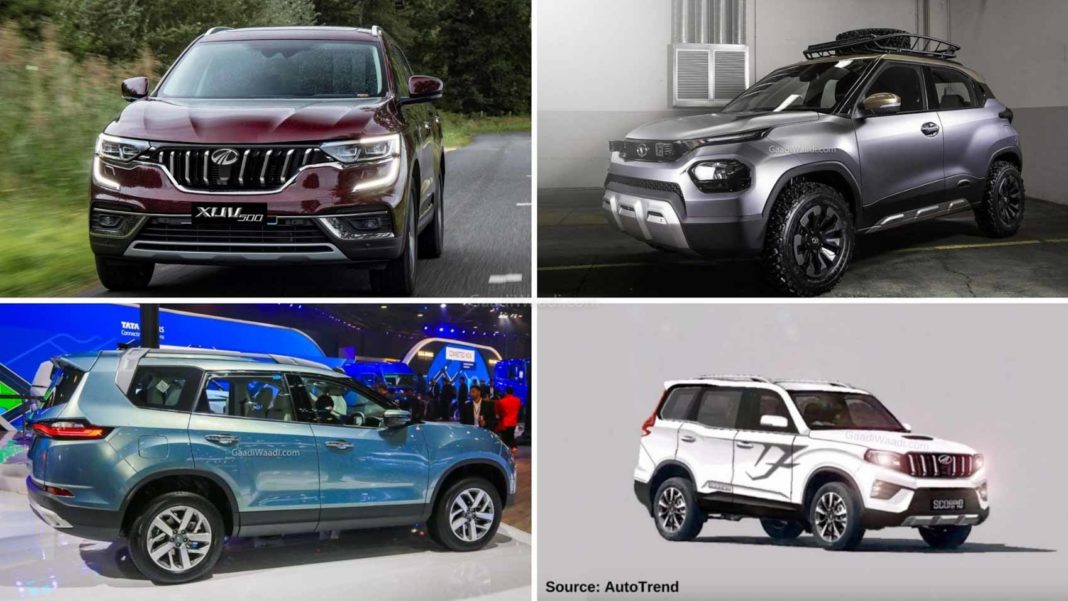 With the compact and mid-size SUV segments getting plenty of attention from customers, passenger car manufacturers are genuinely focussed on launching a range of SUVs. Naturally, the soon unfolding new year will see a host of new products waiting in the horizon to enter the market. The homegrown manufacturers like Tata Motors and Mahindra & Mahindra have lined up new models as well.

Tata, in particular, will be launching the Gravitas in the early parts of next year. The seven-seater will help in expanding the range of the Harrier and it will go on to rival MG Hector Plus, next-gen Mahindra XUV500, which we will cover in a short while, Jeep Compass and upcoming three-row Hyundai Creta. Tata is also expected to debut the HBX concept based micro SUV in the second half of 2021.

In addition, the electrified Altroz may also be introduced and it will become the second product based on the Ziptron technology. Since the Nexon EV has gained prominence, a more accessible Altroz EV with better range and lesser price could make for a success story. Mahindra, on the other hand, will embark on strengthening its existing portfolio as the facelifted TUV300, next-gen XUV500 and Scorpio are in the works.

The XUV500 has been in business for many years without any major upgrade and thus Mahindra has taken the opportunity to completely revamp the model as the second generation will have a redesigned exterior and a brand new interior. Its premium stature will certainly go up courtesy of new equipment, as well as radar-based safety technologies and connectivity features.

In a similar fashion to the 2021 Mahindra XUV500, bound for the first quarter, the Scorpio will also switch to a new architecture next year. Furthermore, the next-gen XUV500 based Ford C-segment SUV will reportedly arrive in H2 2021 and Mahindra has the higher stakes in the JV company. Mahindra is said to have the XUV400 in the development as well to directly rival mid-size SUVs like Creta and Seltos.

The electric version of the XUV300 was showcased at the 2020 Auto Expo and the production version could go on sale in the later part of 2021 to compete against Tata Nexon EV.