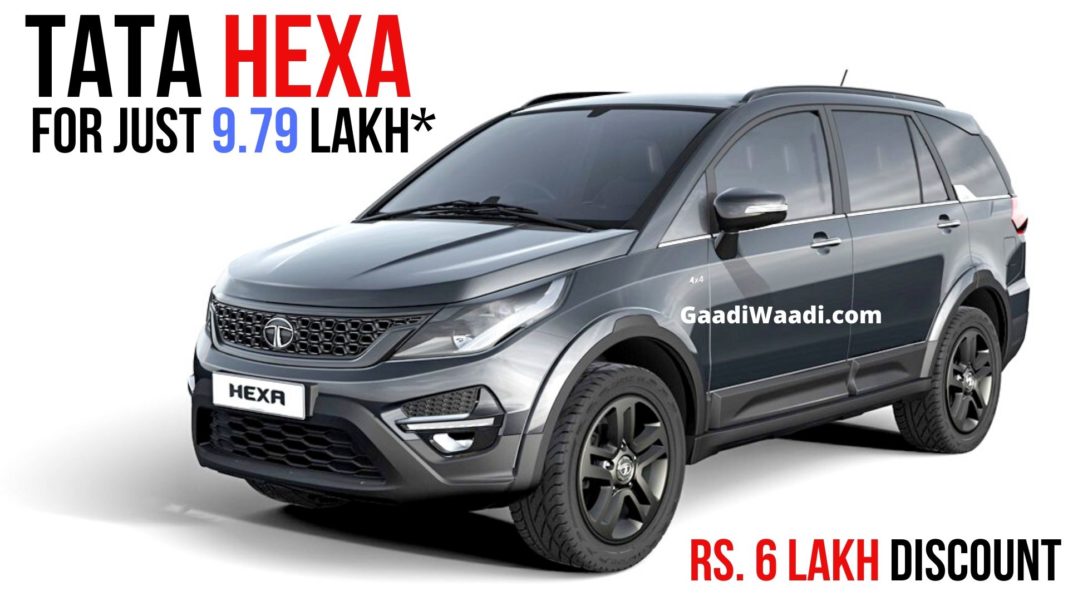 Tata dealer in UP offering a massive discount of up to Rs. 6 lakh on 2018 manufactured Hexa, thanks to upcoming BS6 deadline

Tata Motors has had a busy start to the year with launches such as Nexon EV, facelifted Tiago, Tigor and Nexon as well as the all-new Altroz premium hatchback. At the 2020 Auto Expo, the homegrown brand surprised everyone by debuting the Sierra EV concept and it was accompanied by the HBX concept that will spawn a production micro SUV sometime later this year.

With BSVI deadline looming large, Tata has also been working behind the curtains to make its domestic range compliant with the more stringent emission standards. It could also result in some variants and models being shown the exit doors. For instance, the 1.05-litre Revotorq naturally-aspirated diesel engine would have its life cut short as well.

This was due to that the small diesel engine wouldn’t make a business if upgraded to BSVI standards and the Safari Storme is already shelved. Tata also debuted the Hexa Safari edition at the biennial motoring show and it will likely go on sale in the coming months. It features new badges on the outside, dual-tone colour theme and other cosmetic changes. 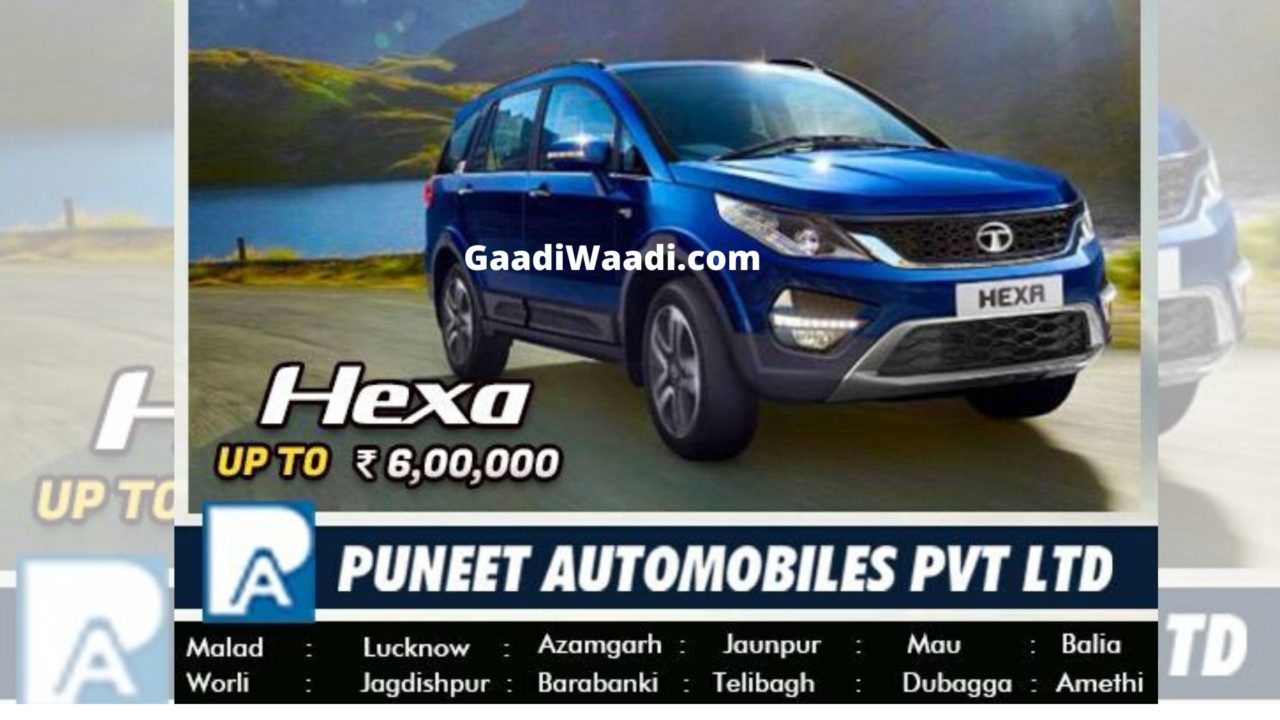 The Hexa will likely be replaced by the Gravitas, the seven-seater version of the Harrier upon its entry later this year and we have been seeing a range of discounts for the premium model in recent months. A dealer specific lucrative offer for the Hexa is that the 2018 manufactured model is being retailed with flat discounts of Rs. 5.50 lakh on XM variant and Rs. 6 lakh on XT manual 4X2 variant.

The effective ex-showroom for these 2018 manufactured models is Rs. 9.79 Lakh for XM and Rs. 11.9 Lakh in Uttar Pradesh. Apart from this, 2019 manufactured Hexa XMA & XTA can be booked from any of the Tata dealerships across India with a good discount of up to Rs. 2.5 Lakh but these cars have a delivery waiting period of 15 days.

The Hexa officially entered the domestic market in January 2017 following its debut in Geneva the previous year. The crossover-MPV is powered by a 2.2-litre four-cylinder inline turbocharged Varicor diesel engine with driving modes. Offered in two states of tune, the Hexa’s lower trims come with 150 hp and 320 Nm, and the higher trims with 156 hp and 400 Nm. 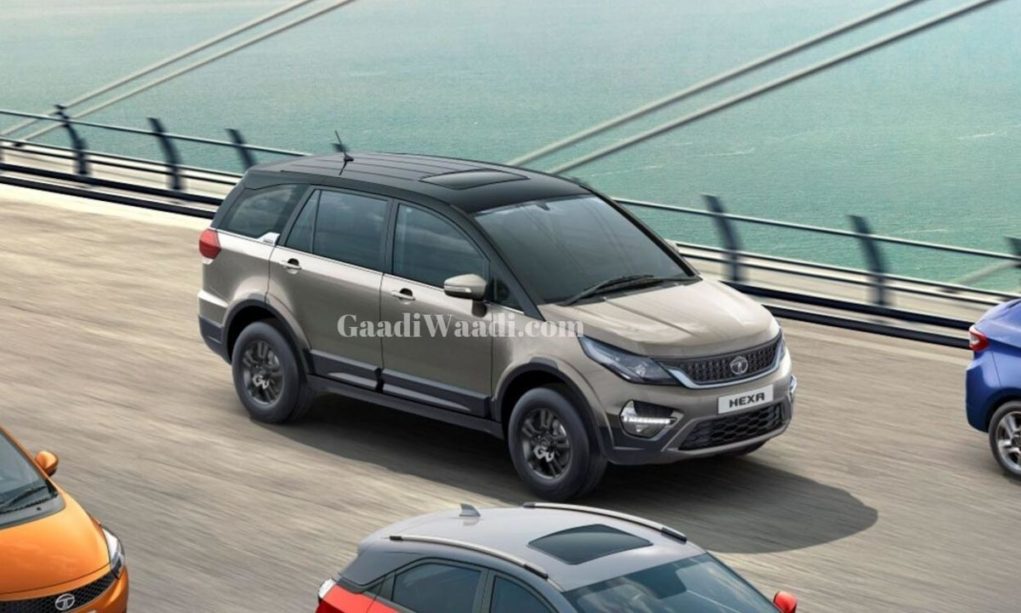 It is connected to either a six-speed manual or a six-speed torque converter automatic transmission. Only the Varicor 400 version will likely be upgraded to meet BSVI standards. Some of the key features in the Hexa are a seven-inch touchscreen infotainment system with Android Auto connectivity, JBL premium audio with ten speakers, leather seat upholstery, cooled glovebox, a large MID and so on.