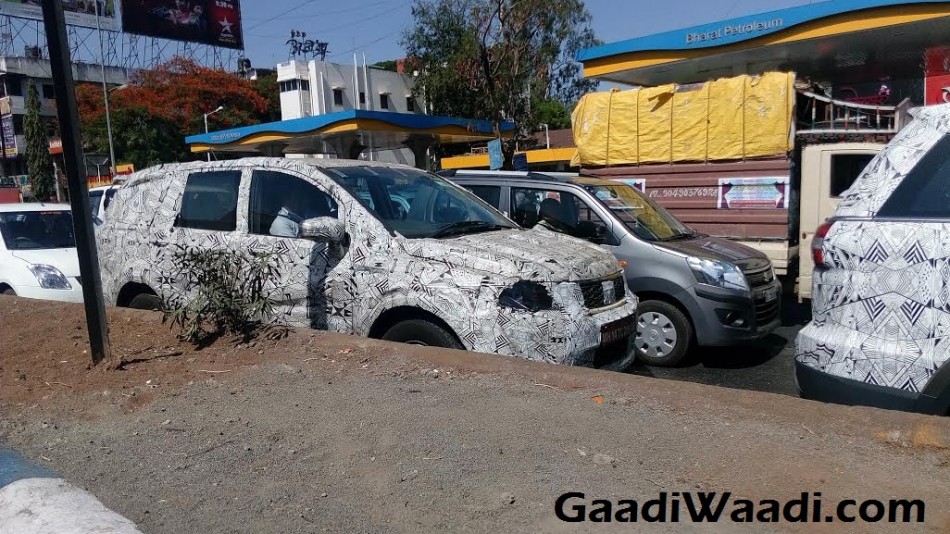 Expected to be launched during the second half of 2016, the three test mules of the Tata Hexa have been spotted testing on the roads of Pune in a convoy courtesy of our reader. Making global premiere at the 2015 Geneva Motor Show, the new crossover has loads of potential to become a top seller for the Indian manufacturer. Placing the product in the domestic market at the right time is significant for Tata Motors as the recently launched Tiago doing well and the Hexa will try to emulate it when coming to the fore. The heavily camouflaged test cars revealed nothing but as we have seen the model on display, we pretty know much what’s in store for us.

Under the bonnet, the Texa Hexa gets power from the 2.2-litre four-cylinder VARICOR 400 diesel engine which develops a peak power output of 154.2 bhp at 4,000 rpm and 400 Nm of maximum torque between 1,700 and 2,700 rpm. The engine, with multiple driving modes, is coupled with a six-speed manual transmission or an optional six-speed automatic. Developed on the brand’s new Impact design philosophy as the recently launched Tiago and the Kite 5 sub-4m sedan, the Tata Hexa measures about 4,764 mm in length, 1,895 mm in width and 1,780 mm in height and has a wheelbase of 2,850 mm. The six-seater crossover features (2+2+2) configuration and comes with LED illumination for ambient mood lighting, leather upholstery, leather wrapped steering wheel, an instrument panel with Multi-information colour display, circular dials and so on.