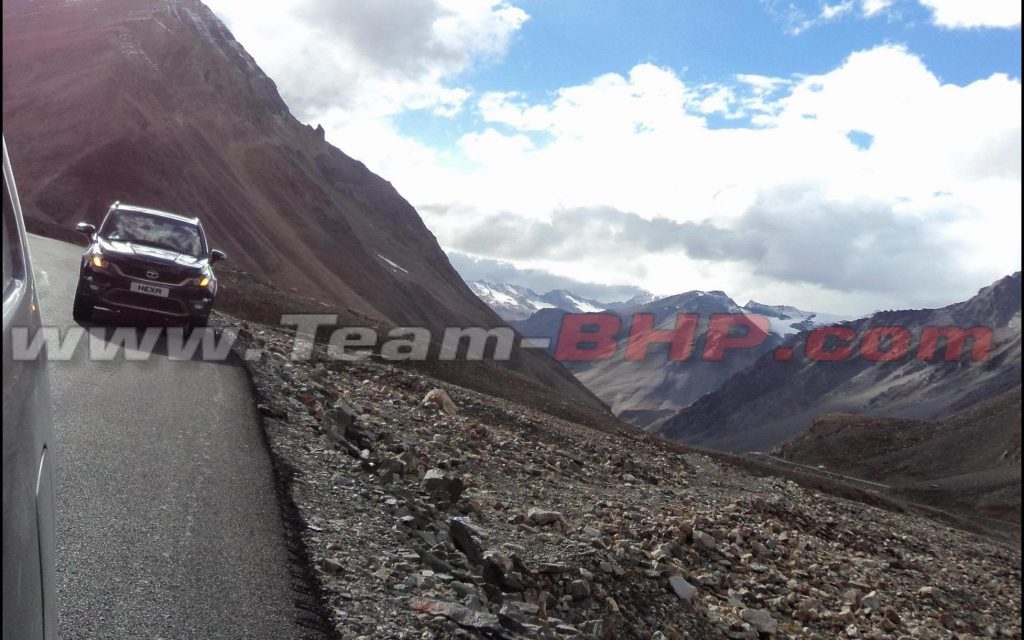 Tata Hexa has been creating headlines in last few months since the car’s production ready model was showcased at 2016 New Delhi Auto Expo earlier this year in February. It has been spied several times doing road tests on Indian roads, and now, the ready to launch car has been spied for its TVC shoot on Manali-Leh highway.

Once launched, the car is going to become the flagship model for the Indian auto manufacturer. The Hexa has been designed following the Tata Motors’ IMPACT design language and it also took suggestion from the Jaguar Land Rover engineers. The car sports a beefy and muscular appearance, which also looks pretty stylish. The Tata Hexa is basically the redesigned Aria, which was launched in India with much expectation but couldn’t deliver up to the expectation. Now with the Indian automotive scenario drastically changed, the automaker hopes better result with Hexa. The Hexa comes featuring sharp and wide headlamps complemented by piano black finished aggressive grille. The front bumper looks beefy with large air intake, while the unusual shaped fog lamps enhance the appeal.

The side profile gets body cladding, blackened glass area, side turning indicator integrated ORVMs, while the rear profile comes with roof spoiler, wrap around taillights joined by a thick chrome bar, beefy bumper and twin chrome finished exhausts. Dimensionally, the car measures 4,764 mm in length, 1,895 mm in width, 1,780 mm in height and a wheelbase of 2,850 mm.