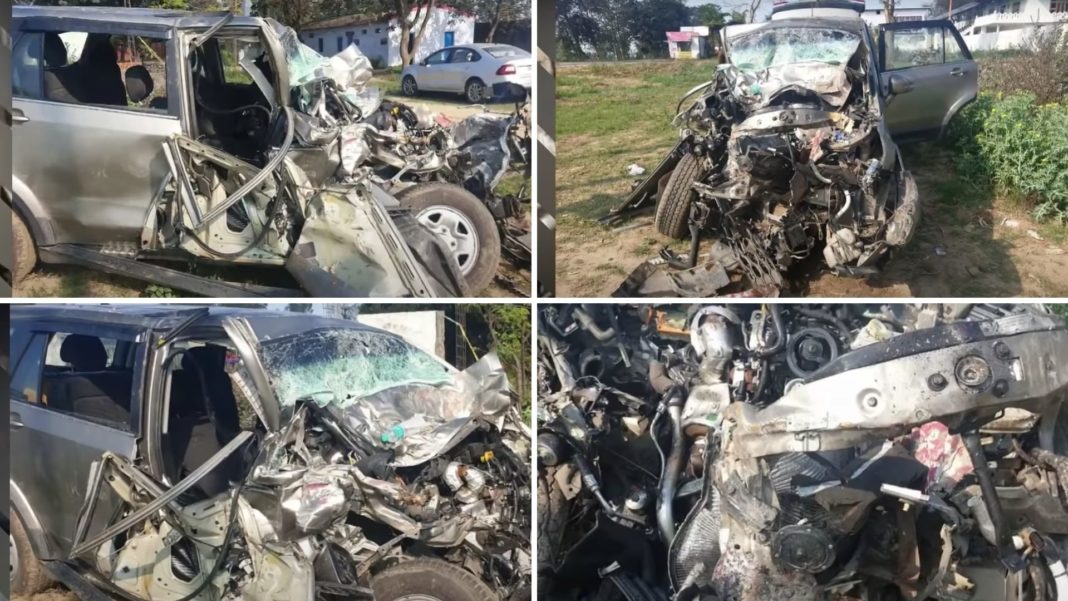 Tata Motors has been creating cars of high quality safety standards as the Tiago, Tigor, Nexon, Harrier and the discontinued Hexa are prime examples. We are often seeing accident reports showing the driver and passengers escaping unhurt in massive accidents courtesy of the top-notch build and here is another example bringing Hexa’s safety cocoon into the forefront.

In promotional videos, Tata boasted of the Hexa’s build quality as it was tested in extreme weather and surface conditions. Standing in testament to its build nature, an accident was noted by a Youtuber. Occurred one year ago near Pilibhit in Uttar Pradesh, it was one of the horrific collisions we had ever seen but it must be brought into limelight as both driver and owner are alive.

The owner said he was on a business outing and found the driver of a bus suddenly trying to overtake a truck without acknowledging a tractor trolley ahead. Resultantly, the driver could not make the overtaking maneuver stick right on time and instead rammed onto the oncoming Tata Hexa in a heavy impact. The front portion of the Hexa was nowhere to be seen due to the severity of the crash.

Luckily, the owner as well as driver is alive but with major injuries. The former endured a badly injured right hip socket and his sciatic nerve was stretched leading to loss of sensory in his right foot. However, he has been slowly recovering and he was convinced of not seeing the light if the impact was on any other car with below par build quality.