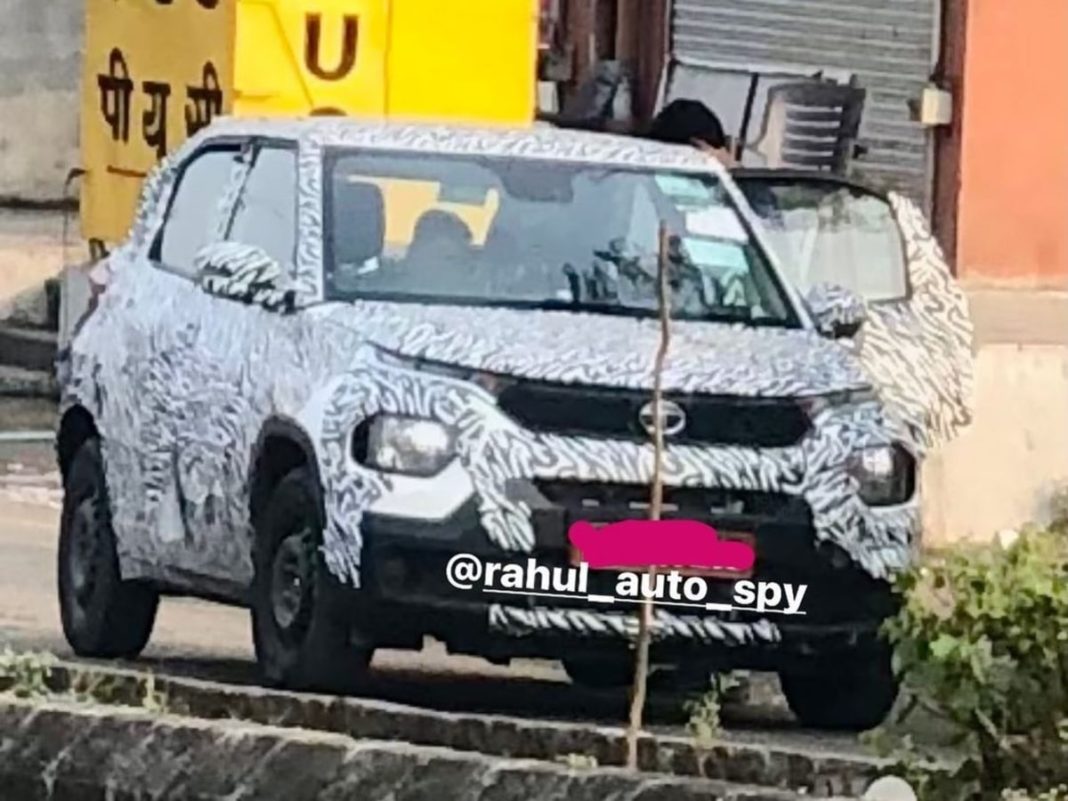 Recently, a new spy shot of the upcoming Tata HBX has been doing rounds online, in which the front-end of the mini-SUV is visible

Tata Motors has a busy launch schedule next year, with vehicles like the Gravitas and HBX lined-up for the Indian market, along with new variants of their existing cars, like Altroz turbo and Altroz EV. The homegrown manufacturer has been road testing the Gravitas and HBX for quite a while now, and plenty of spy pictures of these two have been floating around the interweb.

Now, a new spy photograph has emerged, in which the camouflage wrap is peeling off the vehicle, and we can see the face of the production-spec Tata HBX. It doesn’t look too different from the show car unveiled at the Auto Expo 2020. The vertically split headlamp design is inspired by the Harrier, while the thick, piano black horizontal slat resembles the one on the Nexon. The front grille is also vertically split, and its lower portion will sport bi-arrow elements, the same as Nexon.

Interestingly, the front angle makes the vehicle look extremely boxy, more than on other spy shots. The black plastic cladding at the side and on the wheel arches can be seen here, and the front bumper is blacked-out as well. A few other details can be seen here, like turn signals integrated into the ORVMs, and a thin, piano black window lining. 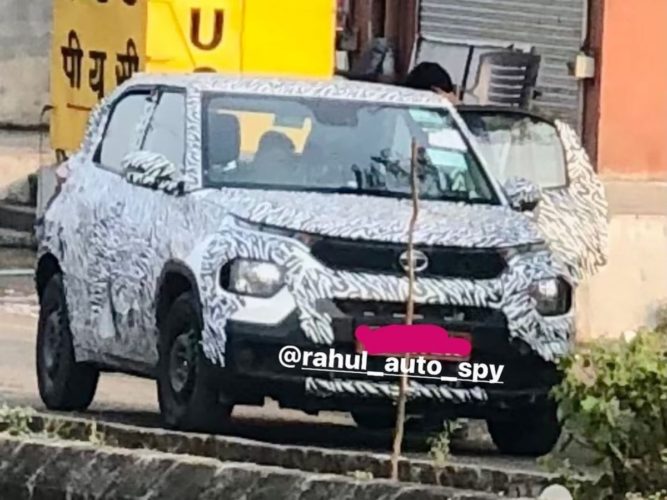 The rear door handle of the car will be placed on the C-pillars, which is an interesting design choice. This particular test model wears steel wheels, but we’ve spotted multiple HBX test mules with dual-tone alloy wheels as well. Also, the main headlamps seem to be halogen units, and the upper portions will probably consist of the turn indicators and DRLs.

The specifications of the upcoming Tata HBX are a mystery at this point, but speculations suggest that its powertrain will be a 1.2-litre, naturally aspirated, inline-3 engine (86 PS and 113 Nm), which also powers the Tiago, Tigor, and Altroz. Transmission options will consist of a 5-speed manual and a 5-speed AMT.

The Tata HBX is expected to be priced from Rs. 5 lakh to Rs. 9 lakh, and upon launch, it will compete with the Maruti Ignis, Ford Freestyle, Mahindra KUV100, and even the upcoming Hyundai AX. An electric version of the HBX is also reportedly in the making, but that will probably debut more than a year from now.