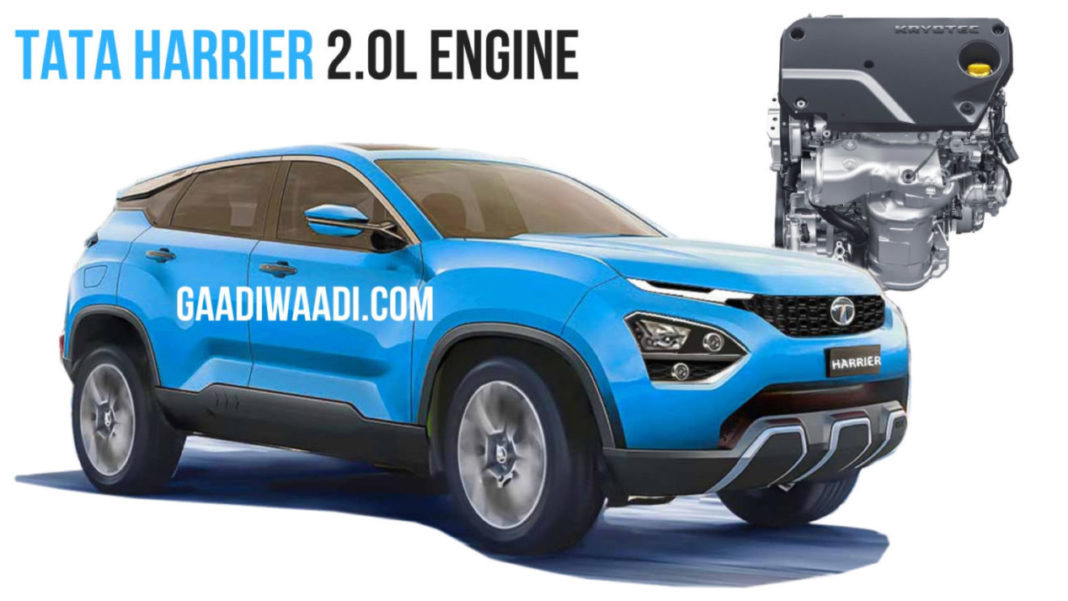 Tata Motors has vastly been teasing the Harrier SUV ahead of its market entry early next year. Having officially revealed details of the powertrain yesterday, the brand has released a Youtube video explaining the engine’s features. Tata boasts that the Harrier has been tested for well over 2.2 million km for “absolute performance” and it is ensured by the “”best in diesel engine technology” called Kryotec.

The Kryotec is inspired from Cryogenic rocket engine for its power and reliability as the all-new 2.0-litre diesel engine is said to have salient drive and low carbon footprint. Tata emphasises the torquey characteristics of the new motor to tackle terrain conditions. As we suspected, the four-cylinder engine does come with multi driving modes coupled to the ESP Terrain Response modes.

The BSVI compliant engine should be good enough to produce a maximum power output of 140 hp and is mated to either a six-speed manual or a six-speed torque converter automatic sourced from Hyundai. The engine could play a crucial role in the success of the Harrier as both front-wheel-drive and all-wheel-drive configurations will likely be on offer.

Tata Harrier based on the H5X concept holds a lot of promise as it will compete against the likes of Hyundai Creta and entry-level variants of the Jeep Compass. Most of the concept’s design appears to go into production as the Harrier will have a bold road presence with an upmarket interior.

It is also the first Tata to come adorning the Impact Design 2.0 philosophy and is the maiden product to sit on OMEGA architecture derived from Land Rover. It is expected to have several segment-first features in an aggressive price range of around Rs. 11-17 lakh (ex-showroom) when it goes on sale.