Tata Harrier Special Edition and Tiago NRG CNG are expected to launch soon in India; the latter could have a fuel economy of around 26 km/kg

The Harrier midsize SUV made its market debut back in January 2019 and it has been well-received by consumers. The five-seater is the first model based on the OMEGA platform derived from Discovery Sport and following its success, the range was expanded to welcome the Safari as the three-row version of the Harrier two years later.

Both models have been on sale without any major changes and it looks like their respective facelifts are on the horizon for next year’s launch. Tata Motors is currently testing the updated versions of the Harrier and Safari on public roads. They are expected to debut at the 2023 Auto Expo in January before going on sale in the domestic market.

The 2023 Tata Harrier and Safari will get a slew of revisions inside and out as the exterior will gain notable updates. The front fascia is expected to receive a redesigned grille, sharper headlamps with new LED Daytime Running Lights and an updated bumper with new fog lamp housings and probably a slightly more muscular bonnet structure. 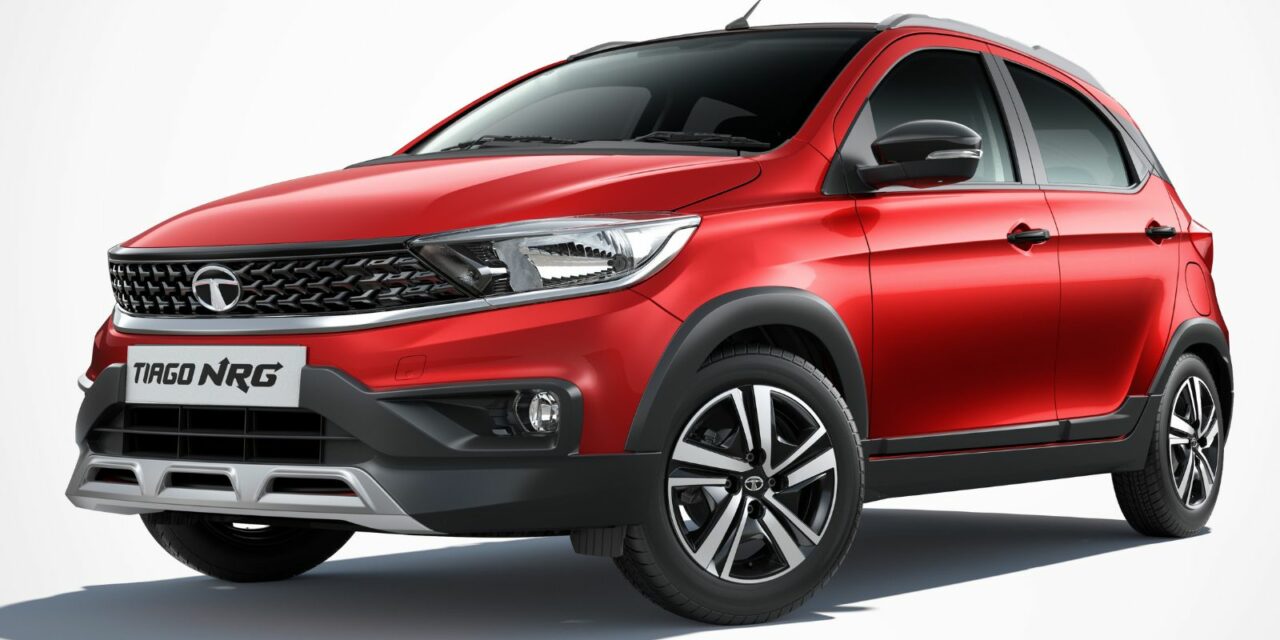 Other likely design updates are a set of newly designed alloy wheels, slightly tweaked wraparound horizontal LED tail lamps and rear bumper, etc as it will only be a mid-life update. Before their arrival, Tata will more likely introduce a special edition of the Harrier while the CNG iteration of the Tiago NRG is also waiting to be launched sooner rather than later.

The Tata Harrier is currently priced between Rs. 14.79 lakh for the XE variant and it goes all the way up to Rs. 22.34 lakh (ex-showroom) for the range-topping XZA Plus Dark Edition. The homegrown manufacturer already offers the Kaziranga and Dark Editions with the Harrier and Tata has been known for introducing special/limited editions in quick succession.

The Tata Tiago NRG is retailed only in three variants at present and it will be expanded with the inclusion of the CNG trim. It will feature the same 1.2-litre three-cylinder petrol engine from Tiago CNG developing a maximum power output of 72 bhp at 6,000 rpm and 95 Nm of peak torque delivered at 3,500 rpm.