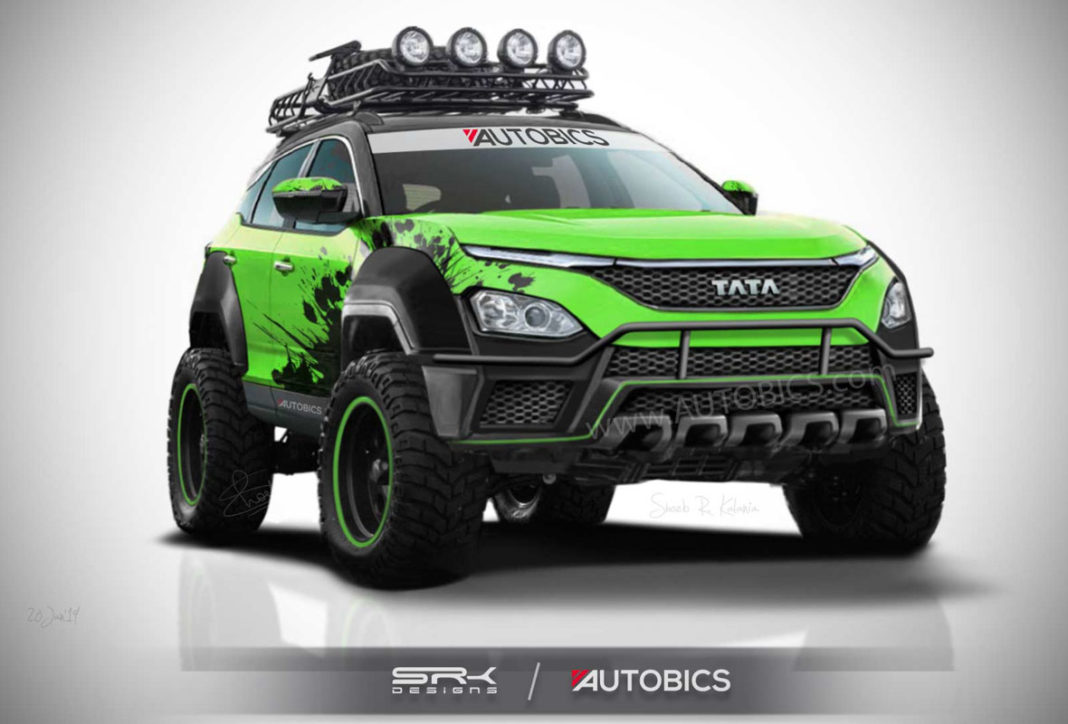 Tata Motors has the Harrier as one of its biggest launches of the year. Scheduled to go on sale tomorrow, the premium SUV has all the bells and whistles to be a success and it will be interesting to see how much an impact it can make in the sales charts down the line against Hyundai Creta before the arrival of the H7X.

The Harrier’s official debut has long been anticipated courtesy of the H5X concept showcased at the 2018 Auto Expo. It depicted the future of Tata’s design language and its production version, the Harrier, carried several resemblances. The Harrier has bigger proportions than most of its rivals and shares wheelbase with the Land Rover Discovery Sport.

It is based on the OMEGA platform derived from Land Rover’s D8 and has decent off-roading capabilities. But being a front-wheel-drive SUV, it has its limitations. The rendering posted here has the imagination running wild on the Harrier with a hardcore off-roader stance backed up by an all-wheel-drive configuration, which we could very well see in the seven-seat derivative before the end of this year. 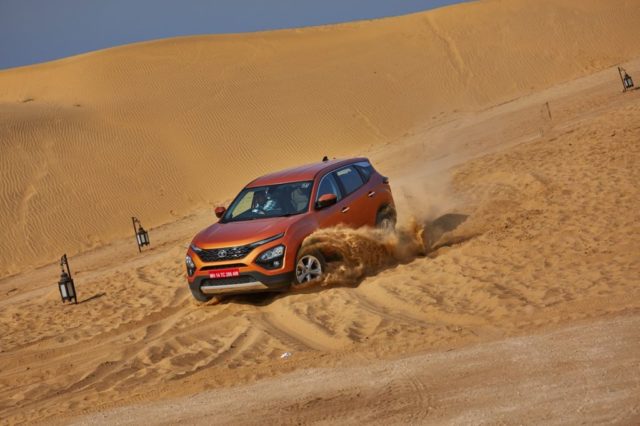 As typically the case, the Harrier will have its life spent mostly on the tarmac but the digital rendering indicates otherwise. Dubbed the Harrier Off-Road Edition Concept, it wears a contrast green colour scheme emphasised by black graphics in mud splashing style, black fender flares, black roof rails, and side body cladding.

It produces 140 horsepower and 350 Nm of peak torque and is connected to only a six-speed manual transmission, as an optional torque converter automatic unit sourced from Hyundai will likely be introduced at a later time.