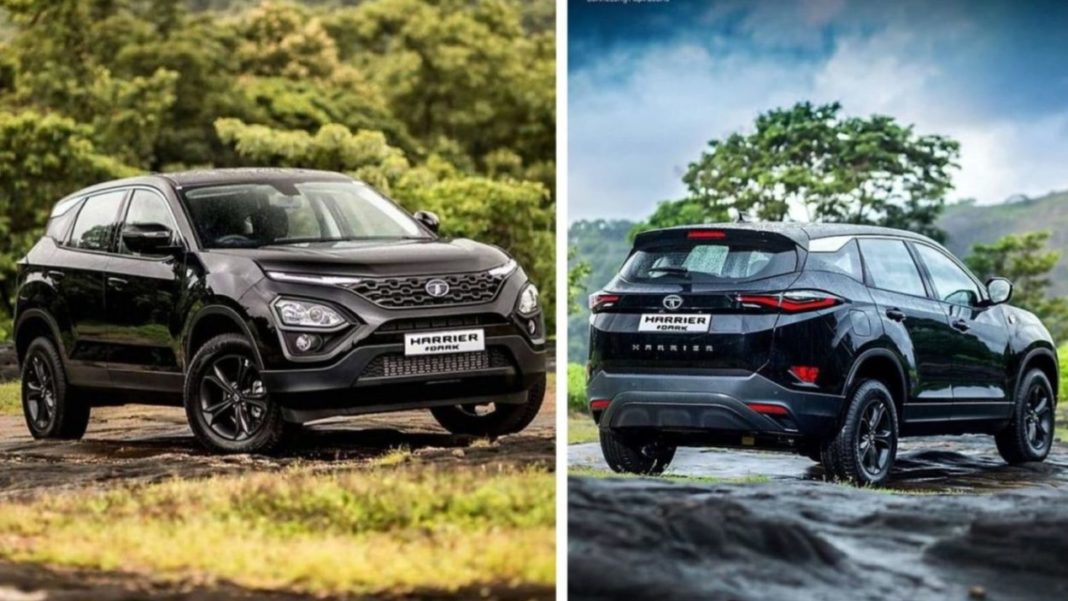 Towards the end of last month, Tata Motors introduced the Dark Edition of Harrier priced at Rs. 16.76 lakh (ex-showroom, New Delhi). It costs similar to the two-tone variant of the XZ and is available only in that particular grade. It comes as part of offering something new to customers in the festive season.

The popularity of the mid-size SUV space is growing tremendously but the competition is getting ever tighter. Tata launched the Harrier in January 2019 and it gained good initial reception but the arrival of Kia Seltos and MG Hector would have taken a toll on its volumes but the overall industry sales slowdown can be considered as the major factor.

The Harrier Dark Edition has come in to make an impact and visually it has certainly been effective. Compared to the standard model, the Dark Edition has as much as 14 design enhancements. As the name suggests the basic theme followed brings a mean and dark vibe to the SUV and it elevates its overall stance.

The interior is equipped with a black theme and it comprises of grey inserts on the dashboard, Blackstone leather seat upholstery and stitching in grey among other changes. Apart from the visual enhancements, the Dark Edition remains the same as the regular Harrier with no mechanical revisions. It derives power from the 2.0-litre Kryotec four-cylinder diesel engine which is basically the Fiat-sourced unit that also powers the Jeep Compass and MG Hector. It is good enough to produce a maximum power output of 140 PS and 350 Nm of peak torque. The powertrain is mated to a six-speed manual gearbox.

Tata is expected to increase the power by 30 PS when the Harrier gets BSVI updates while a six-speed torque-converter AT sourced from Hyundai, a seven-seater variant and reported 4×4 version are more likely on the cards as part of expanding the SUV’s range.