While Tata Harrier managed to attract a lot of buyers in the initial days of launch, the recently launched MG Hector and the soon to be launched Kia Seltos mid-SUVs have stolen the limelight from the Harrier but Tata is now working to counter this newly generated competition.

Tata is not only working on the updated Harrier that will get a sunroof and automatic gearbox, but also on a Black Edition model. The All-Black edition of Harrier is for those who love all-things-black in their garage and will mostly be a cosmetic update with a paint-scheme that was missing from the model’s lineup when it was introduced in the Indian market.

The All-Black edition of the Harrier will get gloss black paint with matte finishes for the front and rear bumper. The alloy design has been changed and now gets a petal-shaped design with black finish.

The SUV was recently spied in what looks like the manufacturing plant and the black theme is carried forward inside the cabin replacing the faux wood finish on the dash with a textured grey insert. The brown seats will also be replaced by black coloured leather seats. The rest of the layout and features will remain the same, both inside and out.

The Harrier is the company’s most premium SUV yet and is based on the H5X concept showcased at the 2018 Auto Expo. Powered by the FCA-sourced 2.0-litre Kryotec engine, the Harrier is based on the Land Rover derived D8 platform. The Harrier produces 140 PS and 350 Nm and is mated to a 6-speed manual gearbox. Tata will not update the mechanicals in the black edition. 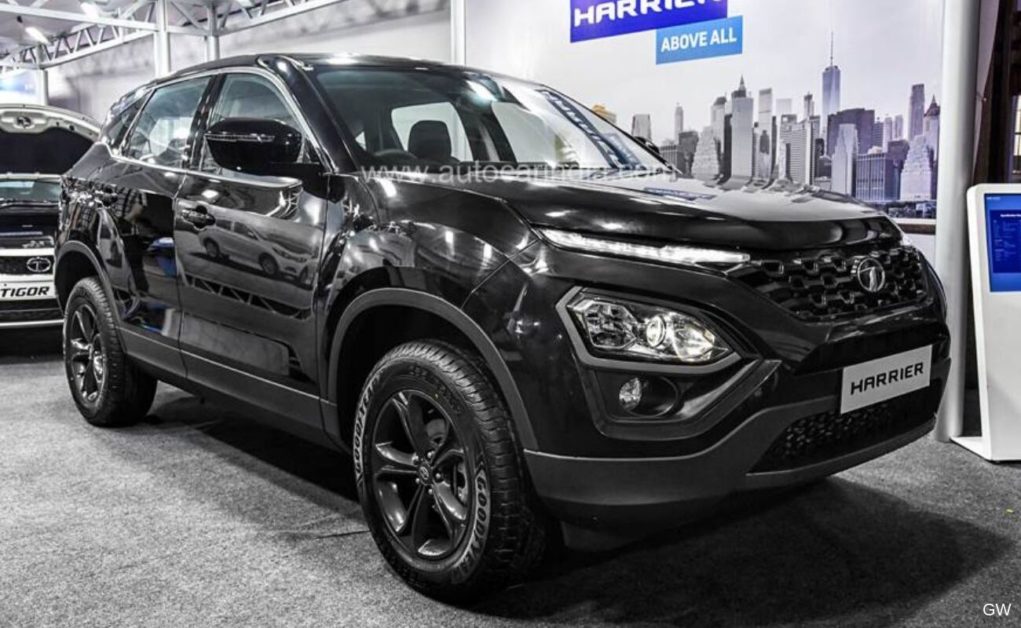 However, Tata will soon launch the new Harrier with updated cosmetics, gearbox and sunroof. There’s also a 7-seater Harrier (Buzzard/ Cassini) that will be launched in the coming days with a more powerful diesel engine and probably BS-VI technology.

The Black Edition is expected to remain a limited edition model and can be launched anytime soon, ahead of the automatic Harrier.