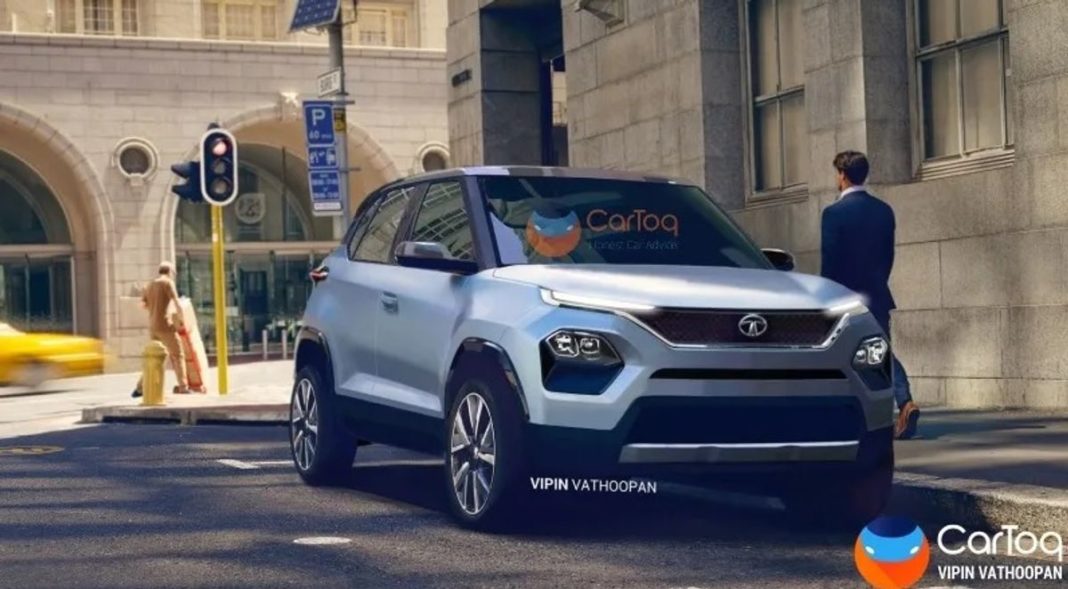 Tata Motors showcased the H2X Concept at the Geneva Motor Show and it is a preview of an upcoming micro-SUV, which is expected to be launched at the Indian market next year. CarToq published a digital rendering of the H2X production model, which is internally named as Hornbill and the design theme is based on new Impact 2.0, which debuted with Harrier.

The company has officially revealed the dimensions of H2X Concept as it measures 3840 mm length, 1822 mm width, 1635 mm height and wheelbase of the H2X concept is 2450 mm. We can expect then micro-SUV to offer class-leading interior and boot space. Tata Motors might offer the production model with split seats, to further increase the boot capacity of the micro SUV.

The production model render has some changes when compared to the H2X concept as the front gets a new bumper and the micro-SUV gets split-headlamp set up like in which LED DRL is placed on top and projector headlamp below it. The grille is finished in black and the front bumper also gets a new design theme, which is in line with Harrier. 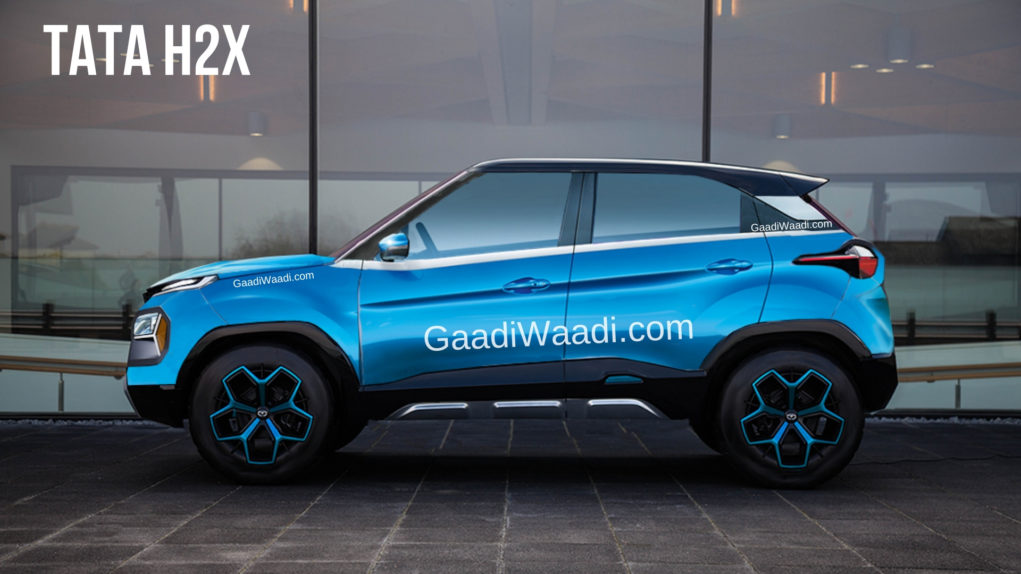 The silver finished scuff plates from the concept have been retained and the boxy design theme of H2X gives the impression of a big car. The production model is expected to come with high good clearance and we can expect the company to offer 15-inch wheels for entry-level models while the top-spec variant is likely to get 16-inch tyres.

The production model mirrors might be similar to the concept and the rear might get LED tail lamps and an integrated spoiler also. We can expect Tata Motors to offer dual-tone exterior colour options also. The interior design took inspirations from the Nexon and the instrument cluster will be a semi-digital console like the Harrier.

The micro-SUV will be packed with lots of features like touch screen infotainment system, climate control, electronically controlled exterior mirrors, reverse camera, airbags, ABS with EBD and more. The engine options might be similar to the Tiago, which includes 1.2 L petrol engine and the company is likely to replace diesel with a hybrid powertrain.