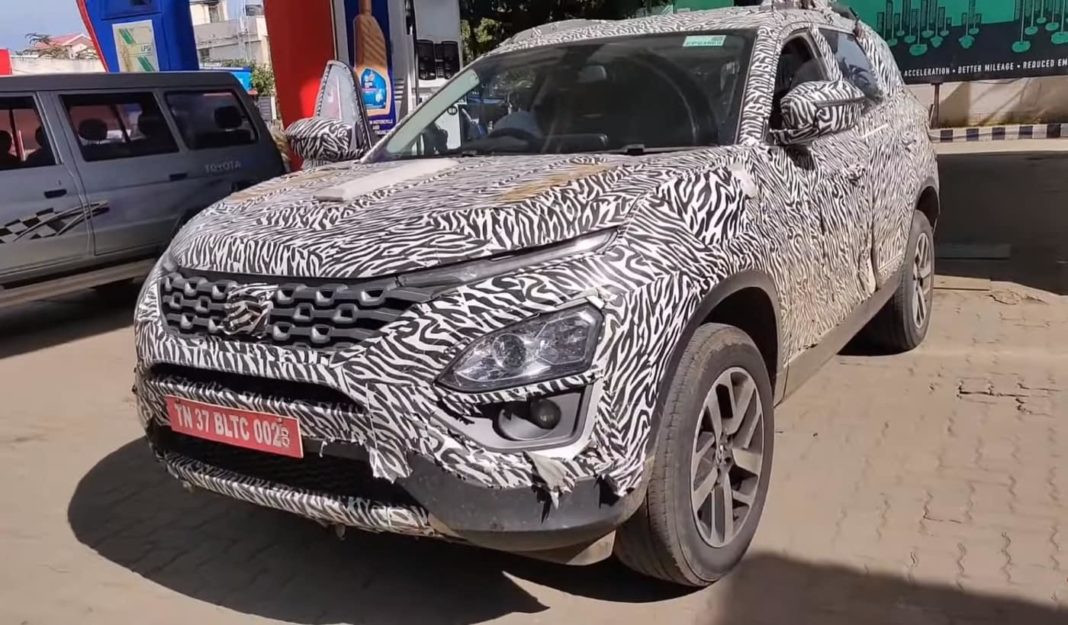 Here, we have a spy video of the Tata Gravitas, which gives us the clearest look yet at the interior of the production-spec model

Tata Motors is preparing to launch the Gravitas SUV in the Indian market soon (expected around November). The Gravitas is essentially a three-row version of the Tata Harrier, and thus shares almost all of its components with it. There are only a few design changes, on both the interior and the exterior, of the Gravitas as compared to the Harrier.

Recently, a test mule of the Gravitas was spied during road testing. The video, embedded below, gives us the clearest look yet at the upcoming SUV. The interior of the Gravitas has the same design as the Harrier; it will get a floating infotainment screen (7-inch on the lower variants and 8.8-inch on the higher trims), although the interior colour scheme seems lighter than the Harrier – beige and black on the doors, light brown on the seats, and black and brown on the dashboard.

The dashboard seems to have the same wood-finish and aluminium inserts as the Harrier, for an upmarket cabin feel. The third-row seats, which constitute the biggest difference between the Gravitas and the Harrier, can also be seen here. The legroom in the last row doesn’t seem like much though, and would probably be best used for small kids.

The second row gets traditional bench seats, not captains seats. This, however, could just be on this particular model, and Tata might provide second-row captain seats as an option. Other than that, we also see aluminium finished door handles on the inside, and chrome inserts around the AC vents on the dashboard, which also add a touch of premium-ness to the car. We also see adjustable lumbar support for the driver’s seat.

The exterior design of the Gravitas doesn’t steer away from that of the Harrier. At the front end, we see the same vertically split headlamps, along with the same grille and bumper design as well. At the rear, however, we see a different taillight design. From the side, one can easily see that the Gravitas is slightly longer, although the wheelbase is the same length as the Harrier. The alloy wheels are the same on both the SUVs. 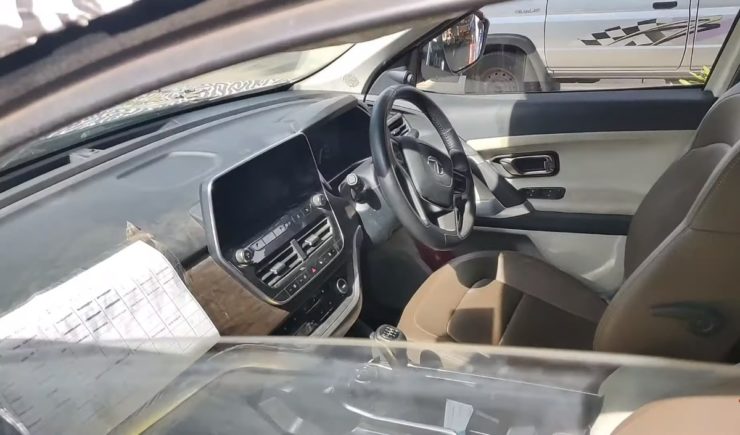 The engine on the Tata Gravitas will be the same 2.0-litre ‘Kryotec’ diesel engine as the Harrier, which generates 170 PS and 350 Nm. Tata is also working on a 1.5-litre turbo-petrol engine for it, which is expected to generate around 150-165 PS. Transmission options include a 6-speed manual and a 6-speed torque-converter automatic.