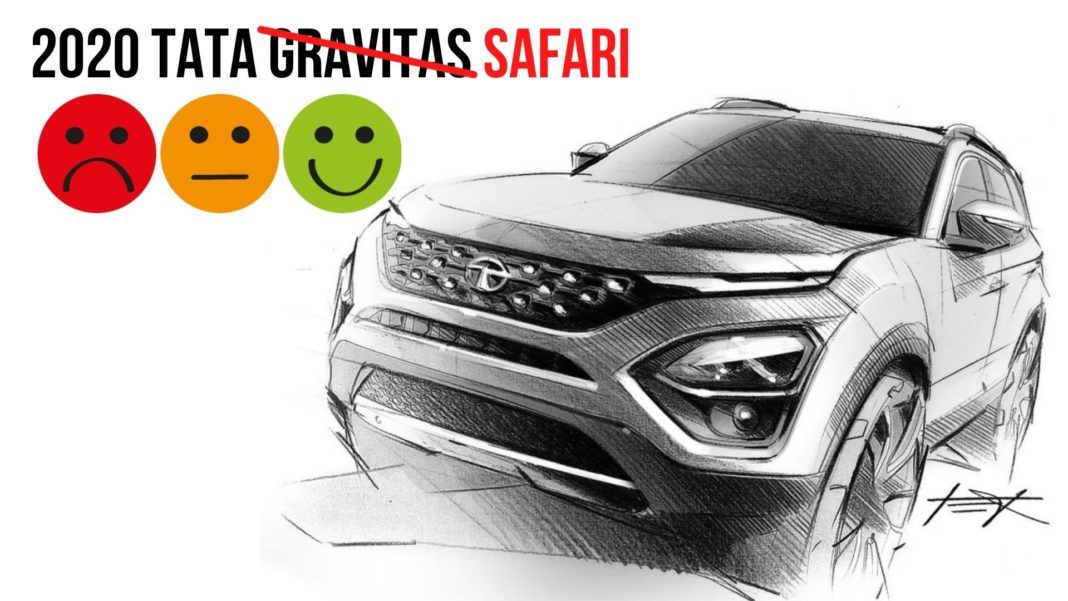 In a nutshell, some are happy, some are angry, and a lot of people are demanding a 4×4 option for the 2021 Tata Safari

After a hiatus of a little over a year, Tata Safari is set to return to the Indian market on January 26, 2021. The SUV was previously named ‘Gravitas’, and prior to that, it was being referred to as ‘Buzzard’, while the original codename for it was ‘H7X’. The Safari nameplate is quite an iconic one, and fans of the brand have expressed mixed reactions regarding the news.

The sentiments showcased by people online are varied, including disappointment, anger, acceptance, and happiness. Reviving old names isn’t unheard of in the automobile industry, but it is tricky business. While sometimes nostalgia works to the benefit of the vehicle, other times, it draws unfair comparisons, which hurts the product.

Here, we’ve gathered a few reactions from various social media outlets. Some people are praising Tata decision to bring the ‘Safari’ name back, and are excited about the SUV’s launch. One person has even expressed his desire to buy one, which will apparently be the third Tata Safari he’ll have purchased! On the other hand, there are a few that aren’t happy with the announcement. 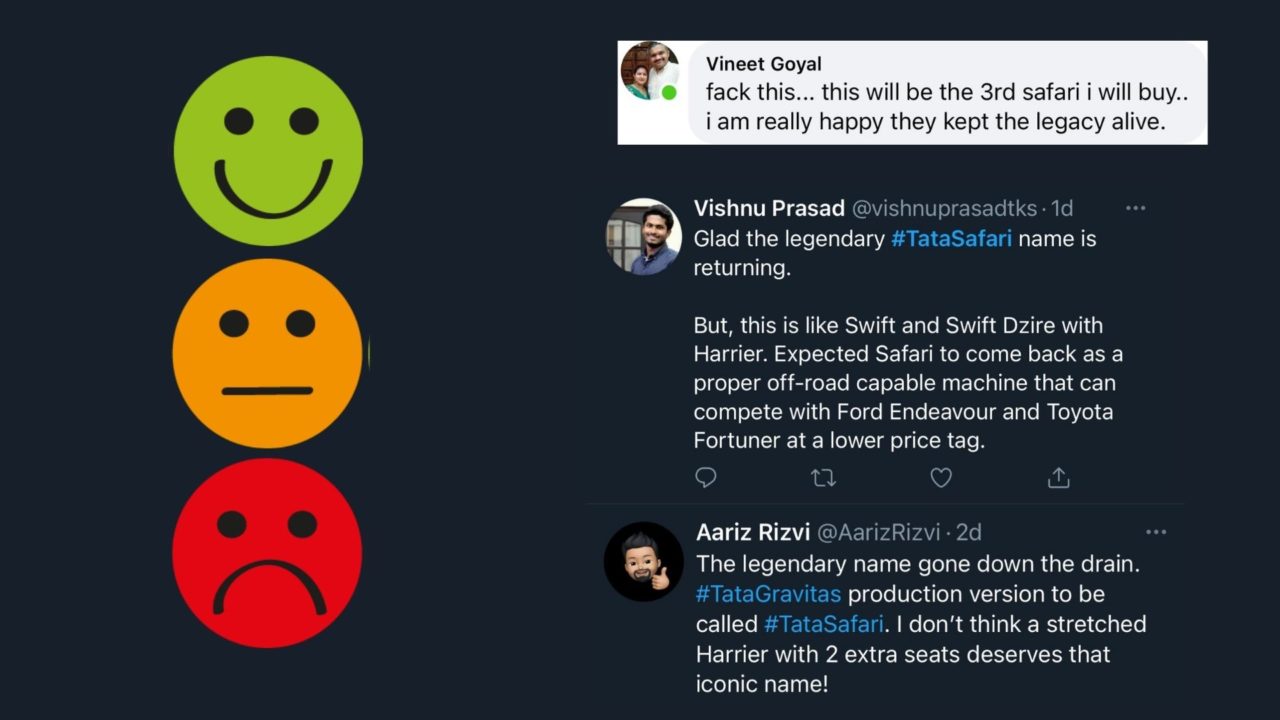 The OMEGA architecture, which underpins the new Safari (and Harrier), is ready for AWD as well as electrification, so a 4×4 model is a possibility in the future, provided the demand exists. That said, India is a price-sensitive market, and people usually prioritise fuel economy over driving fun, which is why performance-oriented vehicles usually fail here.

The legendary name gone down the drain. #TataGravitas production version to be called #TataSafari. I don’t think a stretched Harrier with 2 extra seats deserves that iconic name! pic.twitter.com/VLSO0t6G9M

The new Mahindra Thar has proven that the demand for lifestyle SUVs exists in India. That being said, a 7-seater AWD SUV (expected to be much more expensive than Thar) might not receive the same response. As for our opinion, that will be expressed once the vehicle arrives in the market.