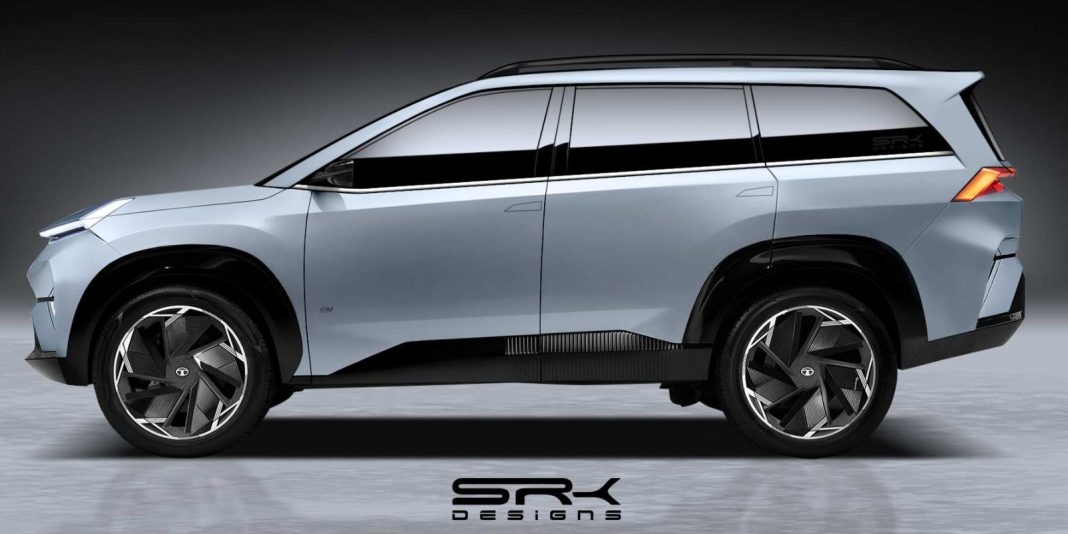 Tata Curvv concept will give rise to a production electric SUV coupe within the next two years; could have a range of around 500 km

Tata Motors unveiled the Curvv concept a few days ago and it has confirmed to spawn a midsize five-seater SUV coupe within the next two years. It will be offered as an electric vehicle first and it will be followed by the ICE version. The Curvv concept’s design will trickle down to the production version as it is an evolutionary and futuristic form of the existing crop of SUVs.

The homegrown manufacturer says the Curvv concept is based on the generation 2 platform and is capable of accommodating different battery pack sizes and body styles. While not specifying numbers, the Tata Curvv concept based midsize five-seater electric SUV could have a claimed driving range of around 500 km on a single charge upon its launch in 2024.

Here we have a rendering of the side profile of the production-spec Tata Curvv as a six-seater SUV. It boasts a heavily raked front windshield while the coupe roofline of the concept is ditched in favour of a slightly slanting one to give room to the third row and sufficient headroom. Consequently, the boot is more upright compared to the sculpted one on the concept.

The sharp body panels seen in the concept are carried forward to the digital imagination bringing a sporty character. It also features dual-tone alloy wheels, squared-off wheel arches, short overhangs, black side garnish, larger windows compared to the concept to give an airy feel to the occupants inside by being a three-row SUV, slim Outside Rear View Mirrors, etc.

It is yet unknown whether the production model will carry the Curvv or not and Tata has invested a hefty sum in its EV operations to bring up ten new models over the next five years – on the back of the good reception for Nexon EV and Tigor EV. Reports suggest that Tata would launch two more ICE-platform based EVs before the arrival of the Curvv based electric SUV coupe.

The regular ICE version of the Curvv will be positioned between the Nexon and Harrier and it will stretch around 4.3 m in length. It will directly rival Hyundai Creta, Kia Seltos, VW Taigun, Skoda Kushaq, MG Astor and others.