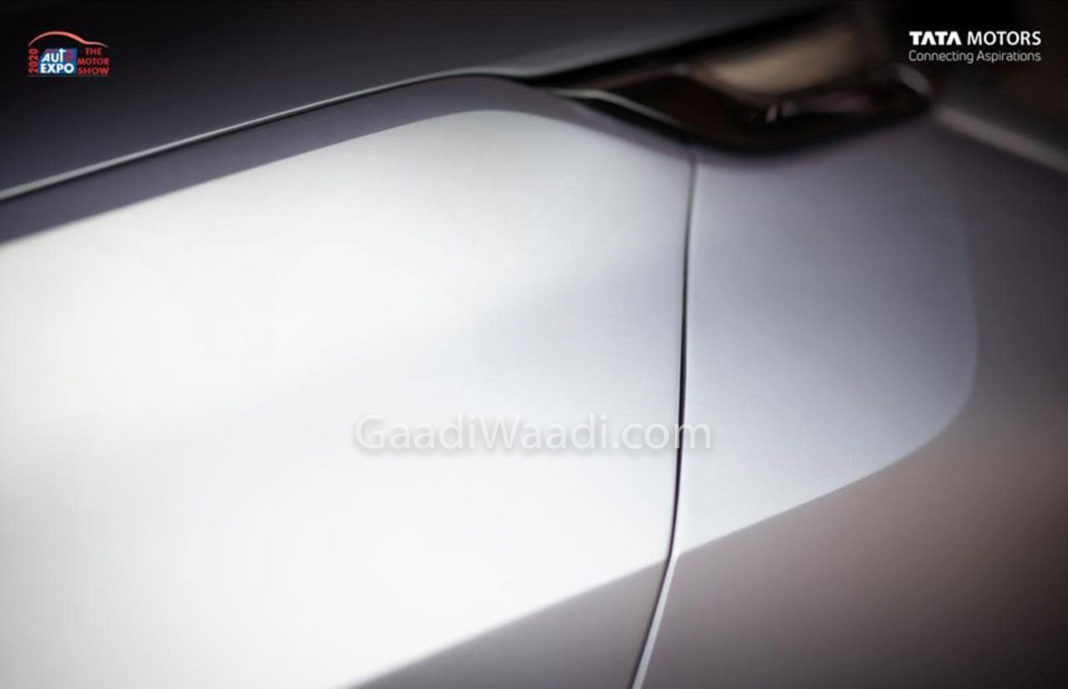 Tata Motors will reveal a number of new products at the 2020 Auto Expo scheduled for February 5 and it will run up to February 12. Most of them will enter production as the seven-seater version of Harrier known as Gravitas will likely be accompanied by the production version of the H2X micro SUV.

Hot on the heels, the homegrown auto major has released a new teaser image of what could be the Blackbird SUV concept. The image does not reveal a lot and it appears to be that of the tail lamp and the body paint looks to be the same as H2X concept. Rumours surrounding the Blackbird have come and gone in recent times and the design study could preview the road-going model bound for next year.

It is the typical way Tata endorses its products as all the recent launches have been through a design study before the road-going version gets unveiled. The Blackbird will be positioned below the Harrier and it will carry a price tag just a notch above the Nexon supposedly.

The mid-size SUV will rival new generation Hyundai Creta, which will also be unveiled at the 2020 Auto Expo and is just four days away, alongside Kia Seltos, Nissan Kicks, Renault Captur and others. Several previous reports indicated that the Blackbird won’t sit on either ALFA or OMEGA platform as they could be deemed unsuitable.

Thus, Tata is believed to have pursued the expertise of Chinese automaker Chery Automobile Co. Ltd., and both have worked together in the past for the benefit of JLR. This partnership may open up the chance for Chery to enter the domestic market in the future as well. The Blackbird five-seater SUV could be based on Impact Design 2.0 philosophy.

The Tata Blackbird SUV concept may get sleeker styling cues emphasised by tri-arrow pattern design and humanity line, and have a muscular stance with high ground clearance. As for the performance, the SUV is expected to get petrol and diesel engines and derive mechanicals from the Harrier.