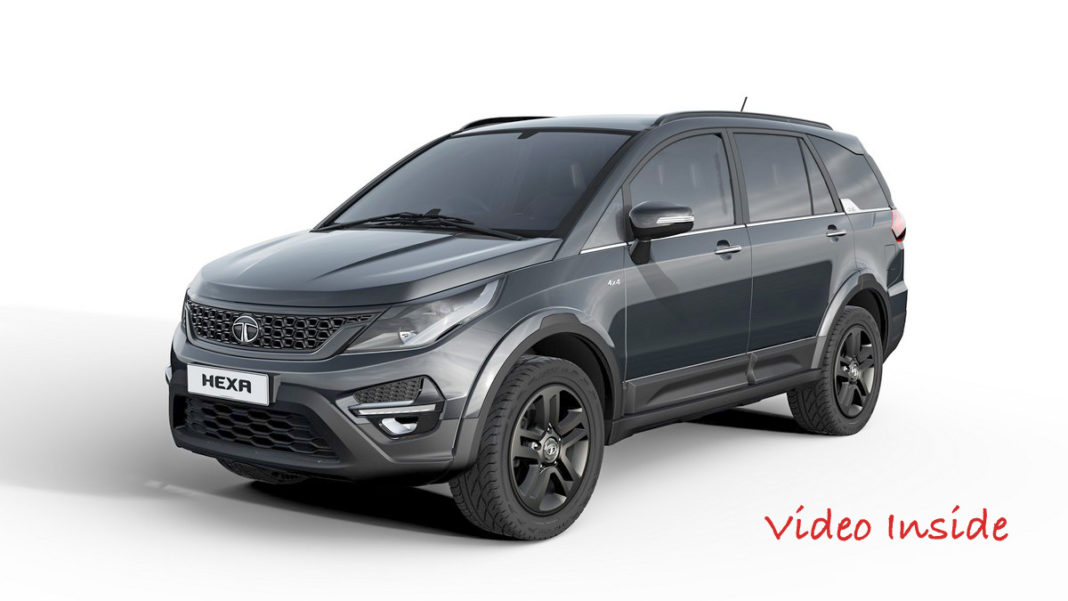 Tata Hexa replaced the Tata Aria from the market in 2017 and it looks way more modern and futuristic. Here is a video of the complete transformation

Tata launched the Aria to take on the D-Segment but it failed to gather the crowd around it. The Aria looked plain and simple and when Tata replaced it in 2017 with the all-new Hexa, the sales figures became much better. The Hexa looks modern, it looks futuristic and more premium than the Aria.

This Tata Aria has been completely modified and transformed to look like Tata Hexa. How did he do that? Here are all the details. The video has a slide show pictures that go through the whole transformation. It took 15 days to complete transformation and the result is remarkable.

The front bumper, engine compartment lid, grille and everything else have been upgraded to the Hexa’s body panels. To keep the look authentic, original headlamps and tail lamps have been used in the vehicle. Even the outside rear view mirrors and the alloy wheels are from the Hexa. It also gets the Atlanta Blue colour, which is the flagship colour of the Hexa.

Looking at it from any angle does not spill the beans and it is a sign of excellent craftsmanship. We are not sure about the interiors of the vehicle but a picture initially shows that everything inside the vehicle has been stripped down. It is quite possible that the cabin has also received a similar update.

Both Tata Aria and Tata Hexa are powered by the same 2.2-litre diesel engine. The Aria gets 150 PS and 320 Nm out the engine, which is the similar power output for the lower variants of the Hexa. In the higher variants, the engine is tuned to produce a maximum of 156 PS and 400 Nm. The more powerful engine tuning also gets an optional 6-speed automatic transmission.