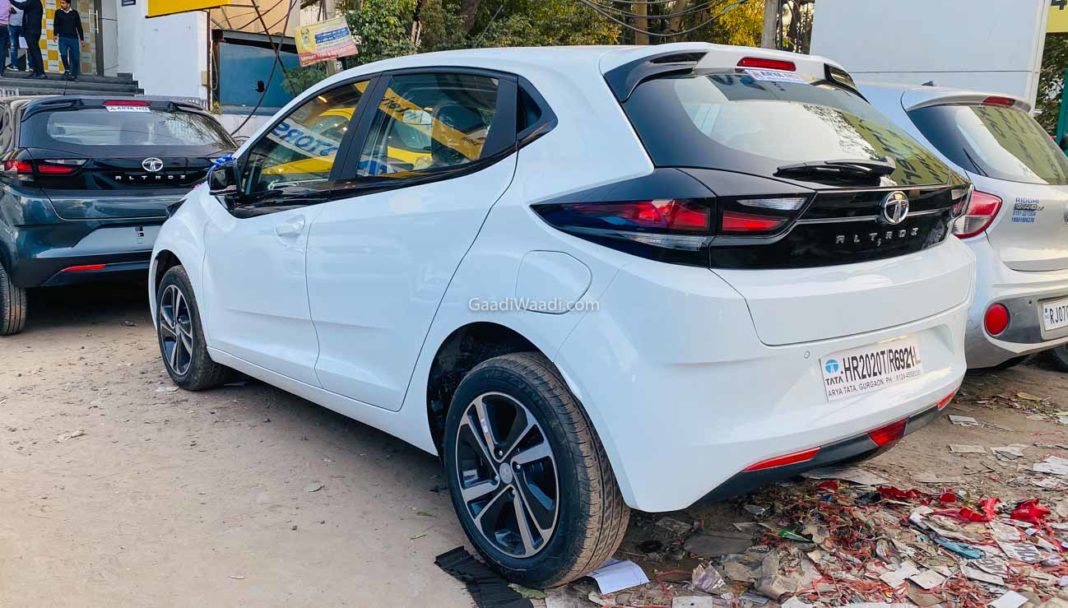 The upcoming Tata Altroz Turbo will sport the same engine as the Nexon SUV, but in a lower state of tune, producing 108 HP of maximum power

Tata Motors has a lot of vehicles planned for launch in India, including the Gravitas and the HBX. Apart from that, the company is also planning to launch the ‘turbo’ variant of the Altroz in our market. This new variant was spied during a road test recently, and has been captured on video.

The Tata Altroz Turbo will have the same styling as the regular Altroz, with the ‘i-Turbo’ badging (as seen in the video) being the only distinguishing feature between the two. Tata will also add a new sky-blue exterior paint scheme, but we aren’t sure if this paint option will be available on the entire range, or only limited to the turbo-petrol model.

Although the carmaker hasn’t officially revealed the technical specifications, leaked documents show that the Altroz Turbo will generate a peak power of 108 HP at 5,500 rpm, and a maximum torque of 140 Nm. Compared to the Nexon (118 HP and 170 Nm), these figures are quite low. Compared to its closest competitor, the Polo TSI (108 HP and 172 Nm), the power figure is on par but the torque figure is quite low.

The transmission on the Tata Altroz Turbo will be a 6-speed manual gearbox, and a dual-clutch automatic is expected to be introduced at a later date. The lack of an automatic gearbox is currently the biggest disadvantage of this vehicle, as all of its competitors are offering one (except the soon-to-be-replaced Elite i20).

That said, the biggest issue critics and buyers had with the hatchback was its underpowered petrol engine. With the introduction of the turbo-petrol variant, this won’t be the biggest criticism anymore. The Altroz Turbo will reportedly be priced between Rs. 7.99 lakh to Rs. 8.75 lakh, and will be available in four trim options – XT, XT (O), XZ and XZ (O).

Currently, the Tata Altroz is available with two engine options – a 1.2-litre, naturally aspirated, inline-3 motor, and a 1.5-litre, turbocharged, inline-4 diesel unit. The former is good for 85 Hp and 113 Nm, while the latter generates 89 HP and 200 Nm. Both these powerplants come paired to a 5-speed manual gearbox.