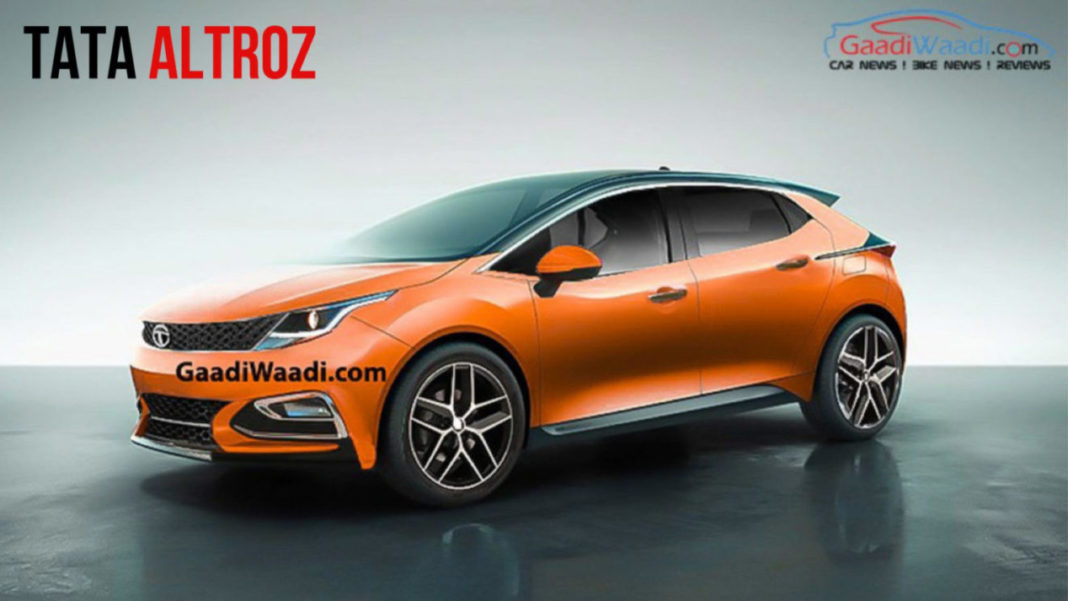 Tata Altorz, a Maruti Baleno and a Hyundai Elite i20 rival, will be unveiled to the world at Geneva Motor Show on March 5

The Tata Altroz is the upcoming production version of the stunning 45X concept that was showcased at the Auto Expo 2018 in February last year. The name of Tata’s most premium hatchback has been inspired from Albatross, a beautiful sea bird that is known to be capable of gliding through skies with low effort and great agility.

The Tata Altroz is the company’s first product to be based on the new ALFA (Agile Light Flexible Advanced) modular architecture. Its also the second model in the manufacturer’s lineup to be designed as per its IMPACT 2.0 design philosophy.

While the 45X had larger-than-life dimensions with an overall length of 4,235 mm, the production model will measure less than 4 metres in length. Tata Motors has released three teaser images of the Tata Altroz, which give us a hint of its front, side and rear profiles.

At the front, it features a sleek set of headlamps, a wide grille with chrome garnish and a chunky bumper. The rear features wrap-around tail lamps and a sporty bumper. The teaser of the side profile indicates that the Altroz has a high running beltline as the Nexon and the ORVMs with integrated turn signals.

Spy images have revealed that the interior of the Tata Altroz has a Harrier-like dashboard with a stylish three-spoke steering wheel and a semi-digital speedo console. The new Maruti Baleno and Hyundai Elite i20 rival is expected to offer a spacious and a comfortable cabin with segment-leading features.

The Tata Altroz will likely be available with both petrol and diesel engine options. The petrol version will be powered by a 1.2-litre turbo engine that will be available with an optional dual clutch automatic transmission. The diesel variant could use the Nexon’s 1.5-litre mill with a 6-speed manual transmission.

As the Tata Altroz will rival a range of models like the Maruti Baleno, Hyundai Elite i20, Honda Jazz, and VW Polo, it is expected to have a starting price of roughly Rs 5.5 lakh. Its launch will happen in the second half of this year.

The Altroz is part of Tata’s strategy to be present in 90 per cent of the addressable segments and is expected to garner good volumes.