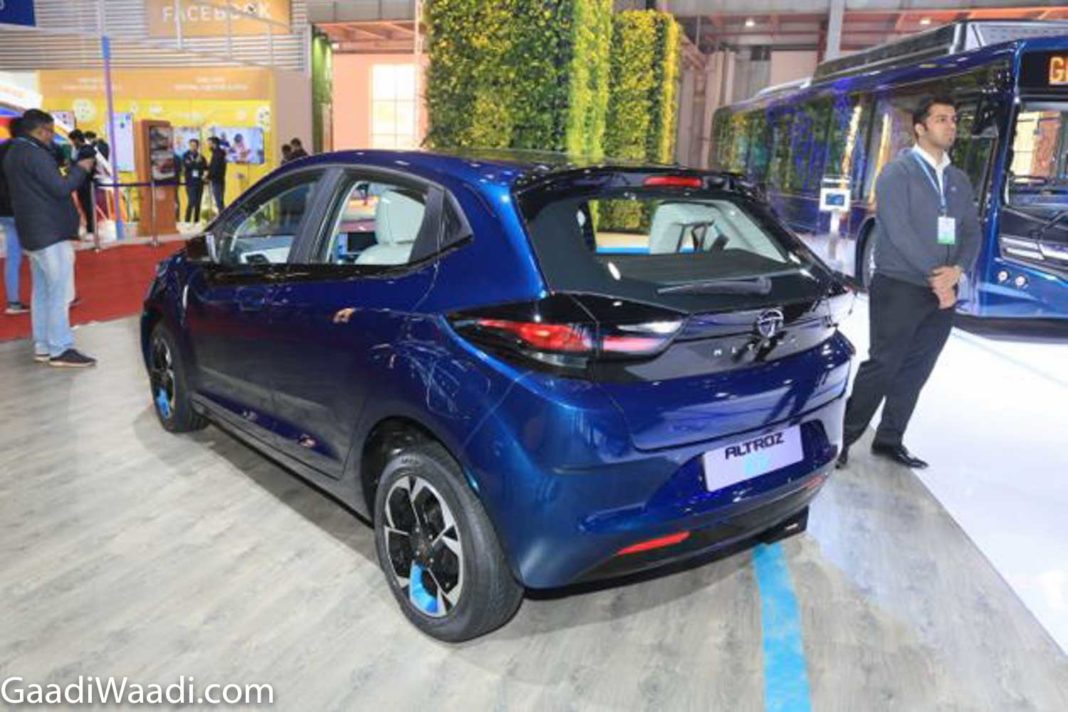 Tata Motors unveiled the Altroz EV concept at the 2020 Auto Expo. Since it was in near-production form, the electrified version of the premium hatchback was expected to arrive following the debut of the Nexon EV. However, it has not happened yet. It has plenty in common with the zero-emission Nexon, which is currently the best-selling EV in the country.

The Tata Altroz EV showcased used the same battery pack and electric motor as the Nexon EV. The Li-ion battery pack works in tandem with a permanent-magnet AC motor driving the front wheels and it was said that a driving range of 250-300 km was targetted on a single charge. A three-pin wall-mounted charger was also stated to be offered with a 25 kW DC fast charger.

The zero to 80 per cent charging time of around 60 minutes was targeted. While we do expect the Tata Altroz EV to remain largely similar to the conceptual version with blue accents and the latest tri-arrow influence, the mechanical bits could differ and new details have come up on the internet courtesy of a report that emerged on TeamBHP.

Tata is reportedly setting up another production line for the Altroz EV and its launch will more likely happen sometime next year. It is the second electric model based on the Ziptron technology and will likely get an additional battery pack option. The larger battery pack is said to provide 25 to 40 per cent higher driving range, equating to around 500 km.

The same battery pack will also be made available in the Nexon EV and thus it will help in expanding its range. The electric SUV posted its highest ever monthly sales tally in June 2021 and it aided in Tata recording more than 70 per cent market share in the passenger EV space. It currently uses a 30.2 kWh battery pack producing 127 bhp maximum power.

The claimed range stands at 312 km and a peak torque of up to 245 Nm is churned out. It also features Drive and Sport ride modes.