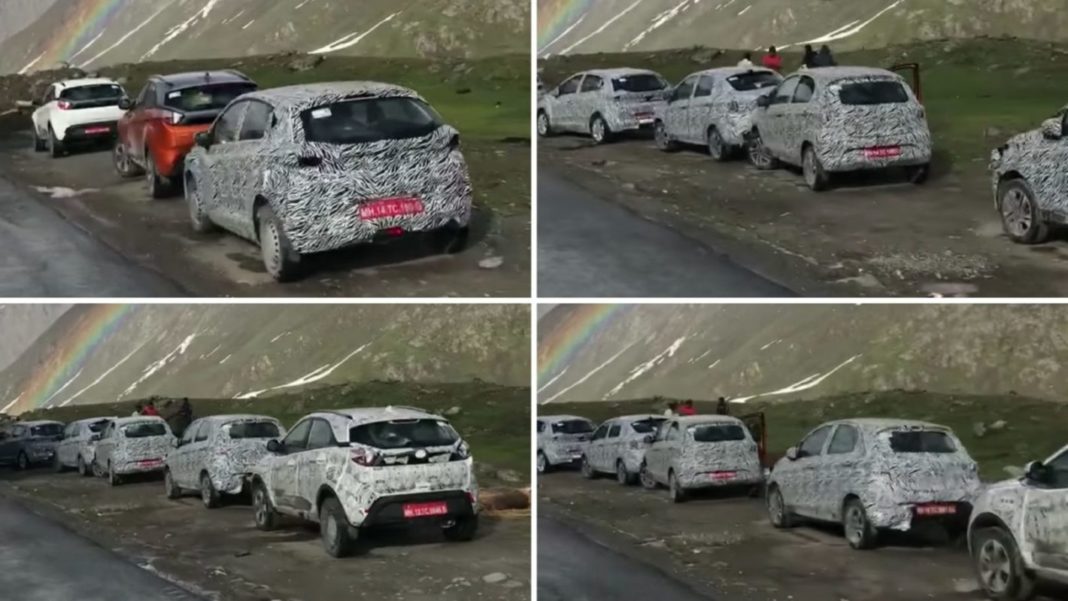 Recently, we told you that the official website for the Tata Altroz has been launched and that the company has even released a teaser video. Now, in further development, the upcoming Maruti Baleno rival has been spotted undergoing high-altitude test along with the updated versions of the Nexon, Tiago and Tigor.

The Tata Altroz is the second product to be designed as per the IMPACT 2.0 design theme, which had its market debut on the Harrier. The upcoming hatchback will also become the most premium Tata hatchback ever and will be available with powerful engines and many segment-leading features.

The instrument cluster of the Tata Altroz will look a bit like that of the Harrier and will feature a similar semi-digital setup. However, the instrument cluster won’t look entirely like that of the premium SUV as it will have a more squarish dial. The LCD section will be a tachometer while the speedometer will be an analogue unit. Overall, the dashboard will look fairly sporty and modern.

Powering the Tata Altroz will be a diesel engine that is likely to be a BSVI-compliant version of the 1.5-litre motor that powers the Nexon. However, the engine will be de-tuned to offer roughly 90 PS, a sizeable drop from the 110 PS it outputs for the compact SUV. Also, instead of a 6-speed manual transmission, it will come mated to a 5-speed unit in the Altroz.

Apart from the Tata Altroz, the company is also testing the facelifts of the Tiago, Tigor and the Nexon. The Tiago and the Tigor are likely to feature a revised styling pack that will bring in a tweaked grille and a fresher set of bumpers. They could also get new colour choices. Apart from this, both the models are likely to launch with BS6-compliant engines.

Even the Tata Nexon is in the process of getting updated. The recently launched Mahindra XUV300 and Hyundai Venue have started impacting the popularity of the compact SUV and hence, the company could be busy preparing a slightly spruced up version. Like the Tiago and the Tigor, it is expected to debut with a BSVI-compliant set of motors.