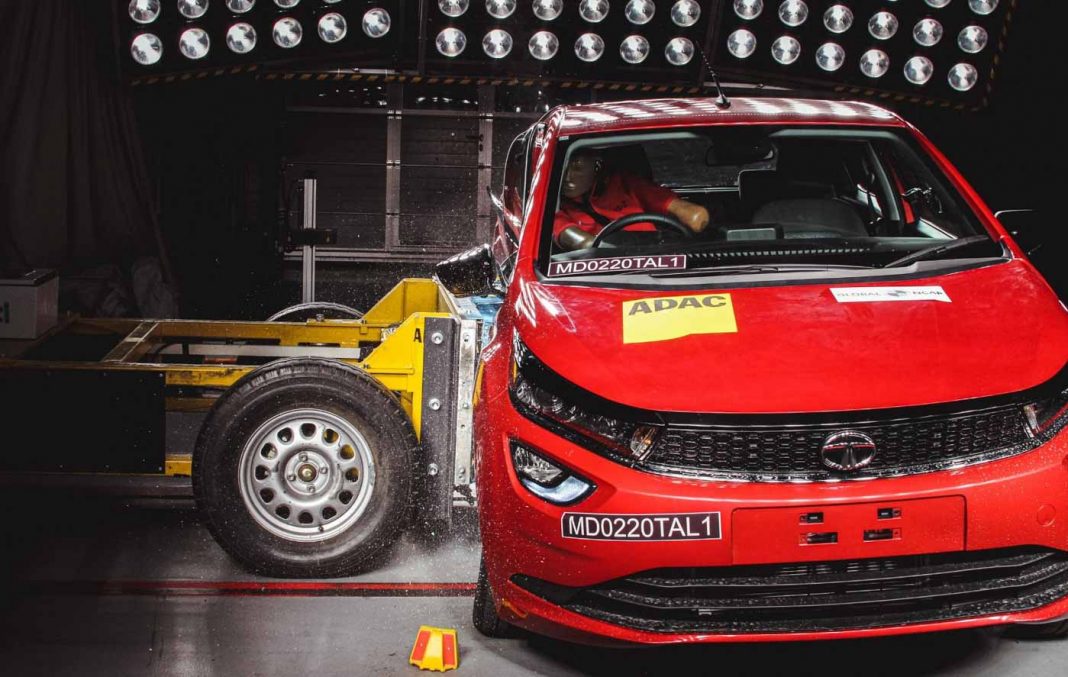 If you recall one of our previous pieces, we wrote on how the Altroz could become the safest car in its segment by scoring high in the crash tests. As we predicted, Tata Motors has now released its Global NCAP results and full marks have been given. The homegrown manufacturer has nailed the safety assessment program once again following adulation received for the five-star rated Nexon compact SUV.

Unlike the modified X1 platform based Nexon, the Altroz is the first Tata vehicle based on the modular ALFA (Agile Light Flexible Advanced) architecture that pertains to the future models spanning below 4.3 metres in length. In the latest round of Global NCAP crash tests, the Altroz’s structure and footwell have been found to be stable while the head and neck protection for adult was good.

The backrest of the seat unlatched during the assessment due to the load of the top tether when the three-year-old CRS was installed facing the forward direction. Additionally, the head contact of the dummy with the interior, insufficient three-point seat belts and non-availability of disengaging the passenger airbag when rearward-facing CRS was installed in the passenger seat are other reasons for the three stars.

David Ward, CEO and President of Global NCAP encourages all other domestic carmakers to follow Tata’s lead and bring in affordable five-star rated cars to the consumers, which in turn will help in reducing fatalities and risk of major injuries. He is confident of working with the Indian goverment to ensure the push of regulatory requirements and encourage the demand for vehicles with higher safety levels.

The 45X concept based Altroz was the 36th India-made car tested by Global NCAP under the #SaferCarsForIndia initiative began in 2014. The premium hatchback’s pricing will be revealed on January 22 as it is just over a week away from entering the domestic market to compete against Maruti Suzuki Baleno, Hyundai Elite i20, Honda Jazz, Volkswagen Polo and Toyota Glanza.