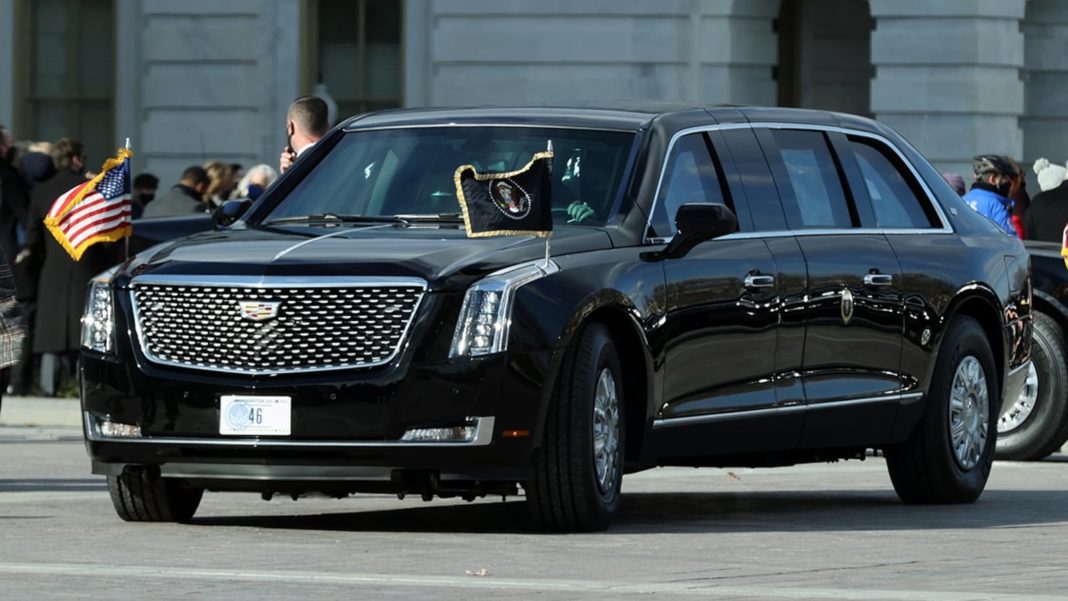 The US Presidential car, famously known as ‘The Beast’, will be accompanying Joe Biden on all his domestic and foreign trips during his term

American politician Joe Biden took office as the 46th president of the United States on January 20, 2021. Mr. Biden is quite famous as a petrolhead, with a lot of impressive vehicles sitting in his garage. However, now that he is the president of the US, his official conveyance will be a custom-built Cadillac limousine, nicknamed the ‘The Beast’.

The current model of ‘The Beast’ (also called ‘Cadillac One’ and ‘First Car’) debuted back in 2018. It was built by General Motors, based on a truck/SUV chassis, and costs around $1.5 million each. The exact specifications of the Cadillac One have been kept a mystery by the US Secret Service, people responsible for maintaining the car, due to security reasons.

Of course, Cadillac One is heavily armoured and protected; it gets a 5-inch thick bulletproof glass, a hermetically sealed interior, onboard oxygen supply, run-flat tyres, and even weapons (like shotguns and tear gas cannons). It also gets a foam-filled armoured fuel tank, to prevent explosions and fire in case of a crash, along with bags of blood of the US president’s blood type, in case an emergency transfusion is needed. 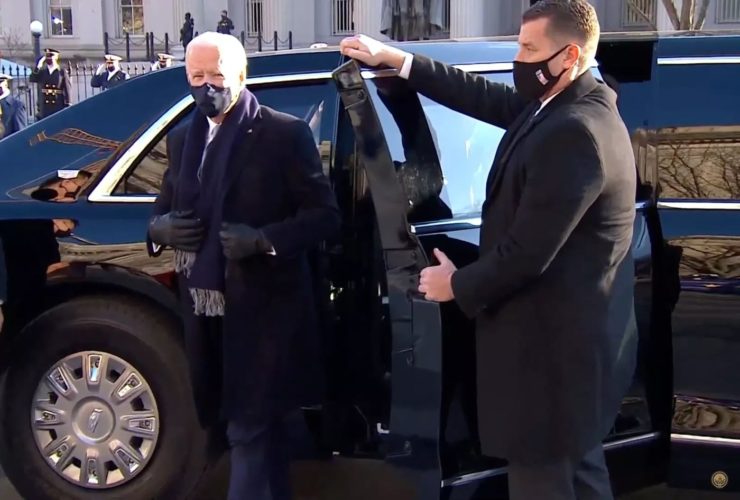 The driver’s cabin is separated from the passenger cabin, and gets communications equipment, GPS tracking system, and night-vision for the driver. The partition between the two cabins can only be lowered by the president, via a switch. Also, a satellite telephone is provided in the car, with a direct link to the Vice President and Pentagon.

With all the equipment and armour, the Beast is quite a heavy vehicle. According to reports, the vehicle weighs anywhere between 6,800 kg to 9,100 kg. The styling of the vehicle is instantly recognisable as a Cadillac, with the familiar headlamps, front grille, etc. 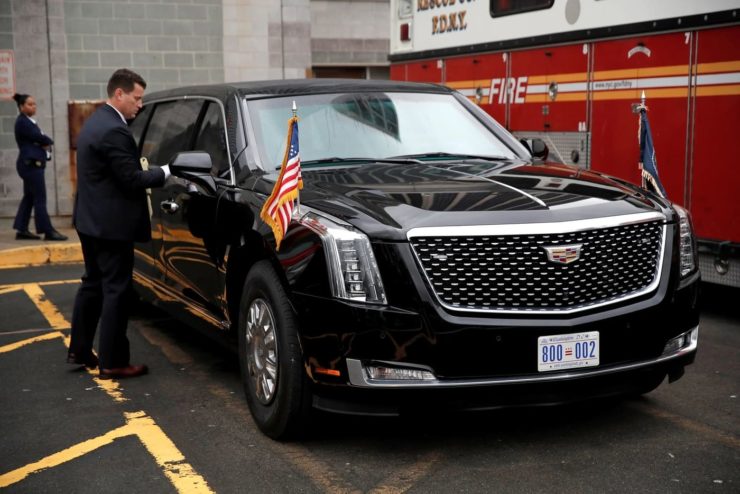 The driver of ‘The Beast’ is a highly trained agent from the Secret Service, well-versed in the art of evasive manoeuvring. In the presidential motorcade, there are usually two Cadillac Ones – one for the President (and up to three guests), and the other follows as a backup vehicle – surrounded by several other convoy vehicles, which are maintained and run by the White House Military Office.