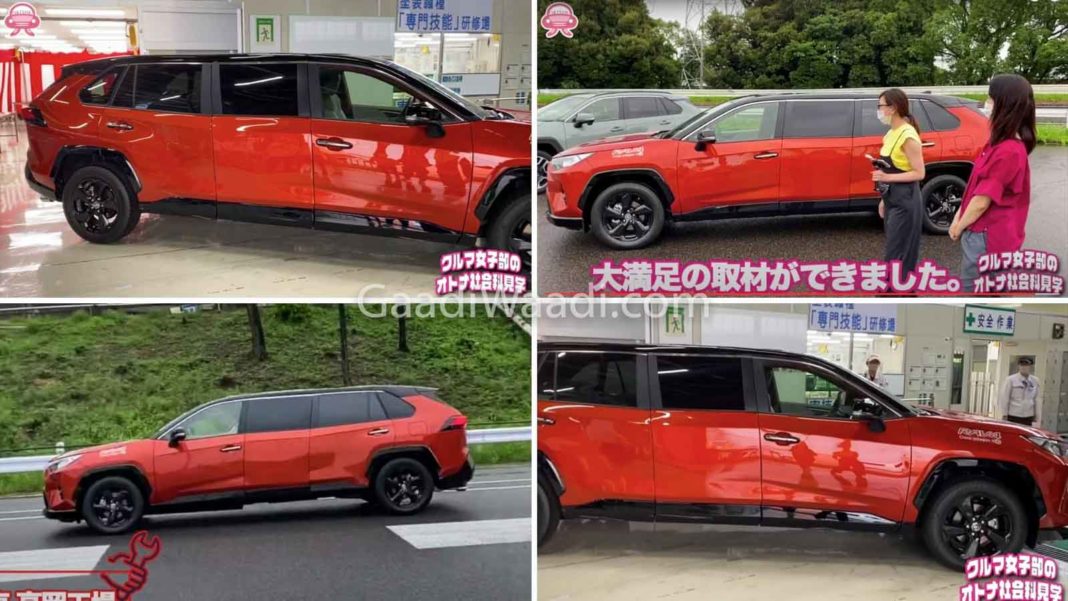 This Toyota RAV4 Limousine is a one-off vehicle, and has been built by a team of 200 Toyota workers during their off hours

The Toyota RAV4 is a compact crossover SUV that has been on sale since 1994, and is currently in its fifth-gen avatar. The RAV4 is a pretty popular nameplate in the United States, Japan, as well as European countries, which is evident by the fact that Toyota managed to sell almost 4.5 lakh units of the RAV4 last year.

However, what isn’t popular is this one-off RAV4 limousine, which looks absolutely mad! This insanely long orange RAV4 limousine is 7.9 metres or 26 feet long, which makes it about 3.3 metres longer than the standard RAV4, parked by its side. Surprisingly, this particular RAV4 limo was not built by a modification house, but by Toyota itself.

It has been built by a group of 200 people working at Toyota’s Takaoka plant in Japan, during their off-hours. This is the same plant where the standard RAV4 is built, alongside the Corolla as well as the recently launched Harrier SUV. It took over 4 months for them to create this RAV4 limousine.

It should be noted that this limousine only has two rows of seats, just like the regular RAV4. What the team has done is added extra space in the middle, and while the end product doesn’t look as neat as any other limousine, it is still fully functional.

The purpose of building this limo was none other than the challenge to complete the task, as well as the motivation to test the capabilities of both man and machine. The end-product shows the willingness of the respective team to challenge themselves in order to learn new things.

Talking about the RAV4, the crossover SUV comes equipped with a 2.5-litre Dynamic Force 4-cylinder engine that puts out 203 hp power. The RAV4 can also be had with a plug-in hybrid powertrain, which has a multi-electric motor assist with power output of 118 hp, taking the peak horsepower of the car up to 218 hp. The RAV4 can either be had with a front-wheel drive setup, or Toyota’s electronic on-demand All-Wheel Drive configuration.