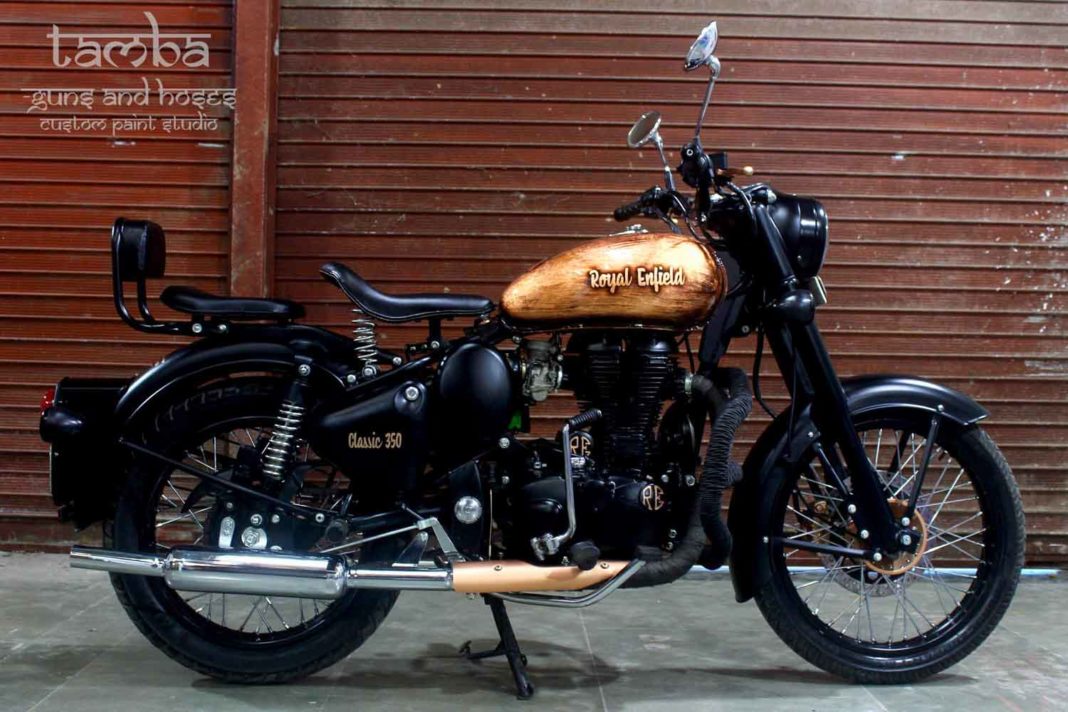 The Classic 350 is one of Royal Enfield’s best-selling bikes in the Indian market, and is also one popular bike in the aftermarket scene

A custom paint shop in Maharashtra called Guns and Hoses has worked on a 2014 Royal Enfield Classic 350, and modified into what they are calling ‘TAMBA’, also known as copper in English. The modification house has added some unique touches to the motorcycle, inspired by the traditional Indian metal, which includes the addition of several copper details on its body panels.

The fuel tank of the motorcycle features a pure copper leaf detailing, to which rustic strokes have been added. The modified Classic 350 TAMBA also gets custom-painted airbrushed Royal Enfield emblems which are covered by UV resistant clear coat. The strokes of copper on the fuel tank are further accentuated by the “Made Like A GUN” moniker. Apart from that, the chrome exhaust of the bike now features copper detailing on the upper-most part.

In contrast to the copper panels, the rest of the bodywork has been finished in black, and some chrome additions. The bike also gets a custom headlamp setup with modern lights, a custom crash guard, custom seats, and so on. However, no mechanical changes have been made to the motorcycle. 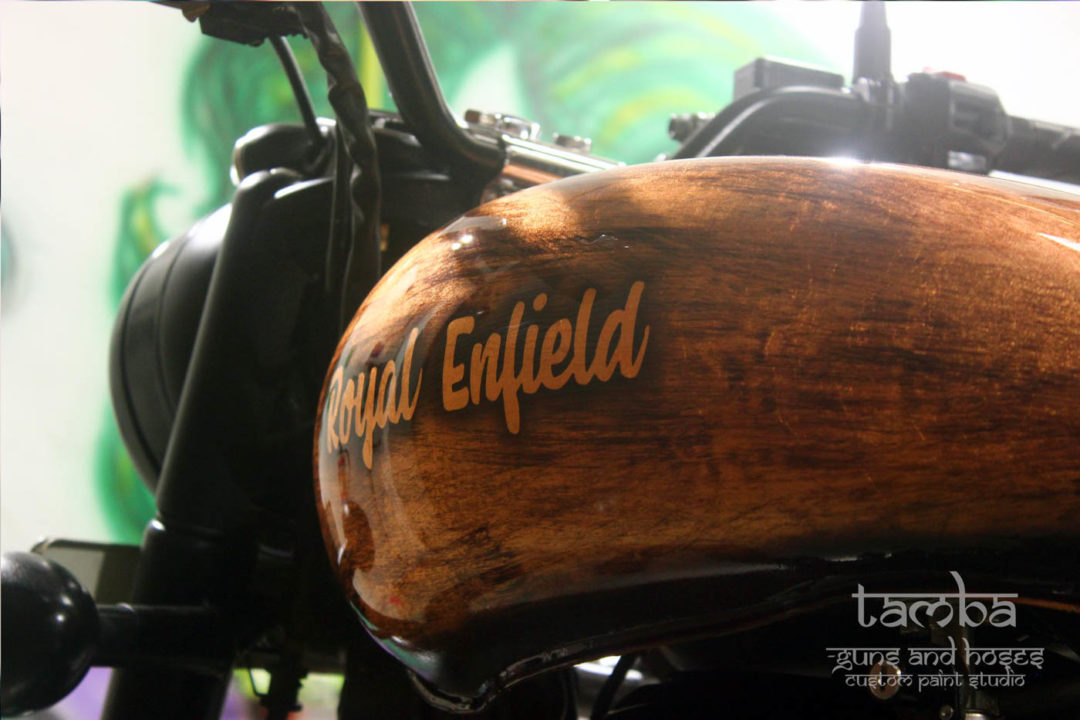 That said, this Royal Enfield Classic 350 draws power from a 346cc, single-cylinder, air-cooled engine that has a maximum power output of 19.8 hp, and a peak torque rating of 28 Nm. The engine is mated to a 5-speed transmission as standard. Royal Enfield currently retails the Classic 350 at a starting price of Rs 1.67 lakh, which goes all the way up to Rs 1.93 lakh (both prices, ex-showroom).

Royal Enfield is currently working on launching a range of bikes in the Indian market, and one of the upcoming RE bikes is the new-gen version of the aforementioned Classic 350, which has been spotted being tested on Indian roads quite a few times now. The homegrown manufacturer is expected to retain the bike’s overall design with the new-gen model, while also adding some modern touches to it like LED lighting, Tripper Navigation system and more. Powering the new-gen Classic 350 will be a new 349 cc air-oil cooled single-cylinder that belts out 20.2 hp of maximum power along with 27 Nm of peak torque.