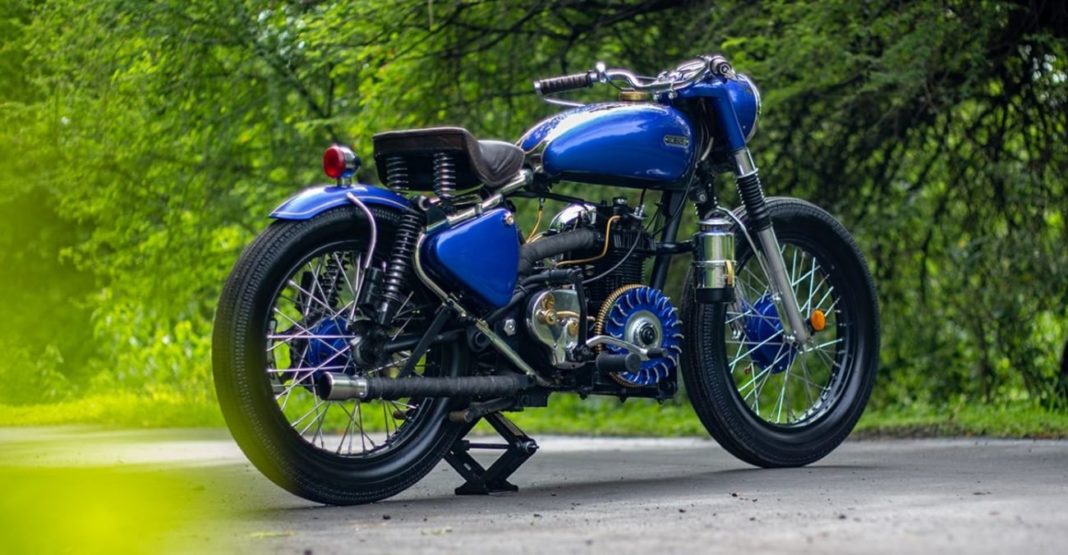 Royal Enfield is one of oldest motorcycle brand in the world. Due to its rich heritage, the company has a cult following in India. While some people like to maintain their motorcycle in stock condition, others prefer to customise them according to their liking. Over the years, we’ve seen plenty of exquisitely modified Royal Enfield motorcycles, both old and new.

Here, we have another example of a customised Royal Enfield Bullet, but this one is different from your regular motorcycles. This one is diesel-powered! Also, this particular bike is five decades old, from 1959 to be exact. It has been customised by Times Cycle, a custom garage based in Indore.

There are plenty of brilliant details in the design of the bike. A few body panels have been stripped down, and it sports a single-seat, like a bobber. The engine cover on the right side of the motorcycle has been removed, exposing the custom flywheel. The front mudguard has been removed completely, and the rear mudguard has been chopped short. The taillight has been mounted where the rear pillion seat should have been. 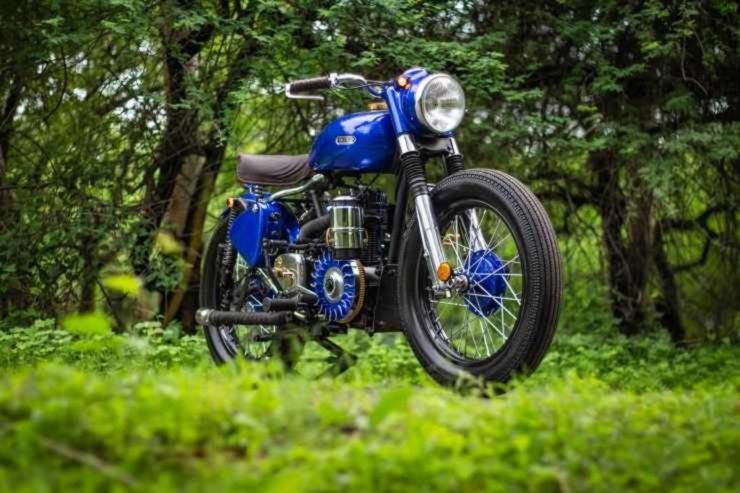 The handlebar grips are also new, made of the same brown leather as the seat. The clutch and brake levers are now mounted at the end of the handlebar, which looks cool. The most beautiful feature of this Bullet, however, is the tank. It has a chrome element with gold outlining, which goes well against the royal blue paint of the rest of the motorcycle.

On top of the tank, there is an exquisite pattern, along with ‘diesel’ lettering in gold. The bike also gets 19-inch wire-spoke wheels and drum brakes, just like the Royal Enfields of yesteryear. The exhaust pipe does not have an end can, and neither a cat-con. The sound of the engine would surely be interesting to hear. Sadly, an audio or video clip is unavailable, so we can’t say for sure. 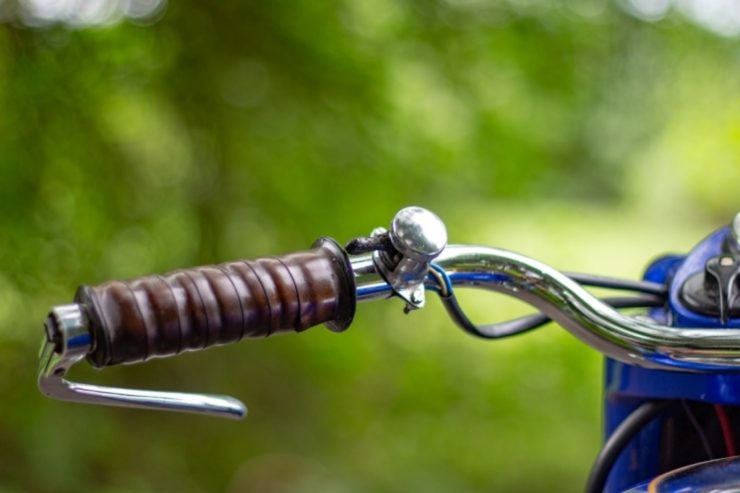 The motorcycle was converted into diesel by the owner to improve the fuel economy. Not the kind of change we approve, but to each his own, right? This custom Royal Enfield Bullet is powered by a 325cc, naturally aspirated, single-cylinder diesel engine by Greaves Lombardini. The peak power and torque figures are rated at 6.5 PS and 15 Nm.