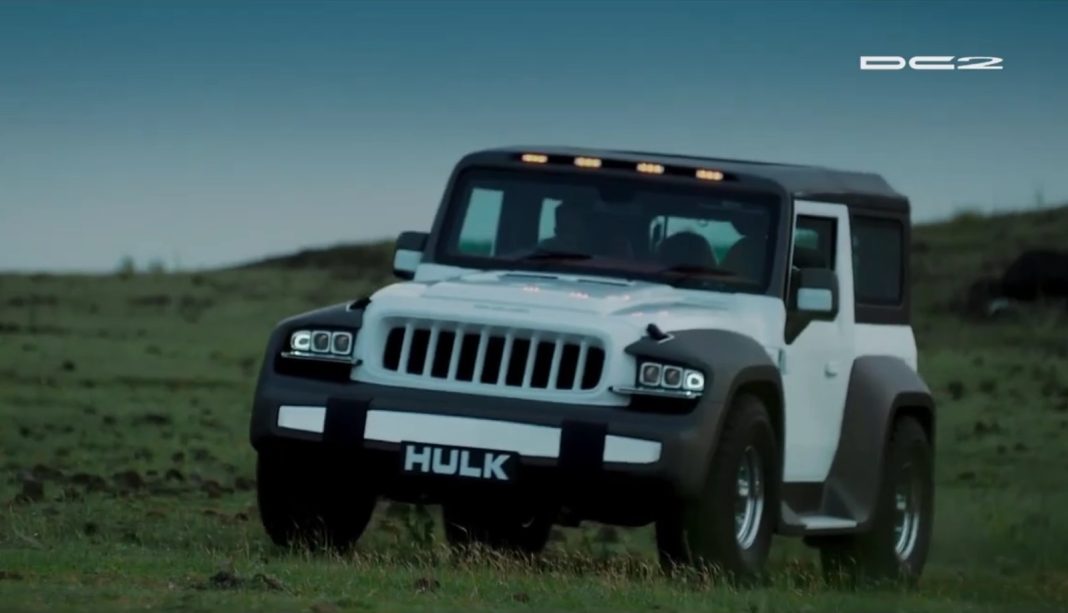 Dilip Chhabria’s DC2 (formerly DC Designs) is one of the most famous custom car modification workshops in India. The brand has presented multiple custom-built luxury vehicles in the past, based on Toyota Innova Crysta, Kia Carnival, Tata Winger, Toyota Fortuner, etc. While DC2 offers some of the best interior customisations, its exterior design mods are quite controversial.

DC2’s latest project is a modified Mahindra Thar, which features plenty of extensive customisations. The exterior of the SUV looks weird, especially at the front. The front grille is new, as are the LED headlamps (integrated into the massive side fenders). At the sides, we see power-operated side steps that neatly integrates into the fenders.

The Thar Hulk gets a new set of steel wheels, shod with massive off-road tyres. This particular model gets the hardtop roof, and it also gets integrated auxiliary LEDs above the front windscreen. The rear bumper sports aftermarket LED taillights, with air vents where the stock taillights used to be. There’s also a chrome bar on the front bumper, which looks rugged as well as premium.

The interior of the vehicle is way more upmarket than before, with luxury dripping from every corner of the cabin. The red and black interior theme looks brilliant, and the ambient cabin lighting enhances the feel further. The dashboard, seat upholstery, and even the front-row armrest feature premium leather.

All four seats have been replaced by aftermarket bucket seats, which seem extremely supportive and comfy. A centre armrest with two cupholders has been added to the rear, which enhances the convenience of the vehicle further. The SUV also gets a panoramic sunroof, which covers almost the entire roof. 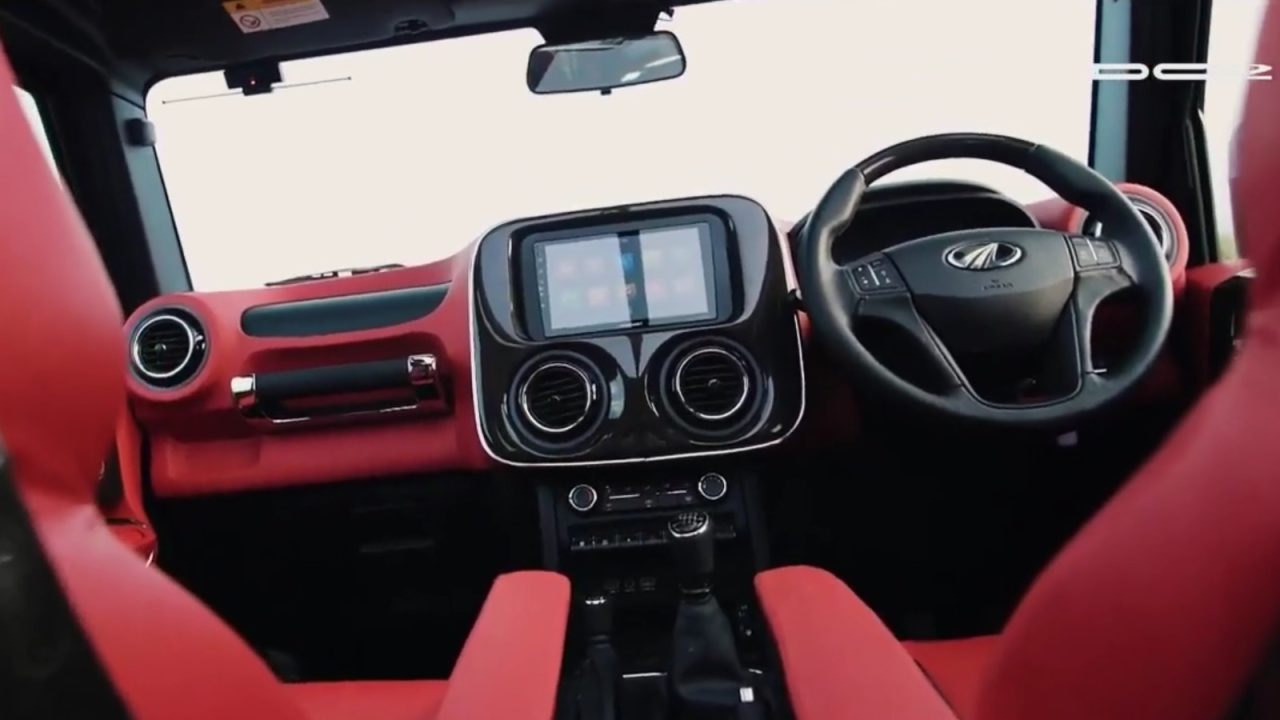 The changes seen here are all cosmetic, and no mechanical changes have been reported, including to the powertrains. Mahindra Thar is available with two engine options in India. The first one is a 2.0L turbo-petrol motor, which generates 150 PS and 320 Nm (300 Nm on MT variants), while the second one is a 2.2L turbo-diesel motor, with 130 PS and 300 Nm on tap. Transmission choices consist of a 6-speed MT and a 6-speed AT on both engines.