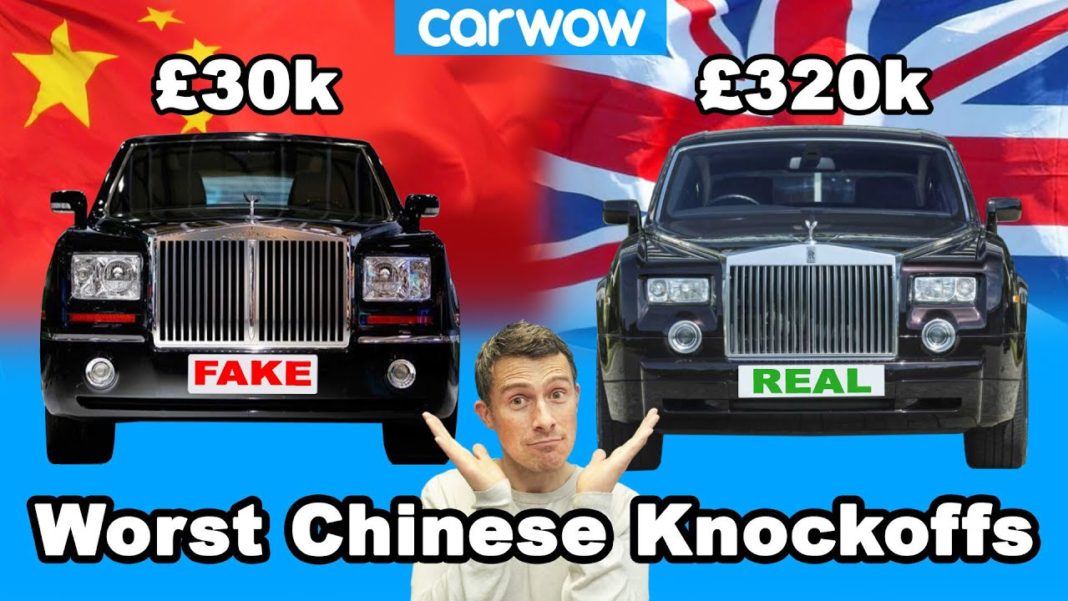 China has been known to create replicas of all kinds of products for a fraction of the cost, and the country hasn’t spared automobiles either

China has been known around the entire world to offer all kinds of knock off products, with no bar on any category whatsoever. For those of you who aren’t aware of the extent of this plagiarism, Chinese automobile manufacturers have been ripping off design of some big carmakers for years now.

Here is a video uploaded on YouTube by carwow, a UK based platform for buying new and used cars from franchised dealers, in which Matt Watson – the host presents some of the worst Chinese knock off cars. Take a look at the video below –

The video shows 20 different Chinese rip off vehicles, along with the cars they are copied from. It should be noted that the original cars are built by some of the biggest manufacturers in the entire world, that’s what copying them makes even more absurd. Also, getting inspired from someone else’s design is a different thing, and these are just plain copies, with little to no efforts put in to cover the tracks.

One of the widely known rip offs from China is the Landwind X7, which literally anyone who knows about cars can tell, has been copied from the first-gen model of the Range Rover Evoque. Everything from the headlights, the side profile, the rear-end and even the badging on the bonnet seems to be ‘inspired’ from the British-origin SUV.

Jaguar Land Rover ended up taking Landwind to the Beijing court in 2015, but lost the case. After a five-year legal battle, a court in Beijing ruled that the Landwind X7 had five specific features that were directly copied from the Range Rover Evoque, and ordered to stop the production of the Landwind X7 immediately, in March 2019.

Some other knock offs seen in this video include the Beijing BJ80, which resembles the Mercedes-Benz G Wagon, and costs roughly one-third of the latter’s price. Also included is the Suzhou Eagle Carrier, which is one of the most interesting examples of copycat products. The said sports car has a front-end taken up from the Ferrari F12 Berlinetta, however, the rest of the vehicle looks exactly like the Porsche Cayman.