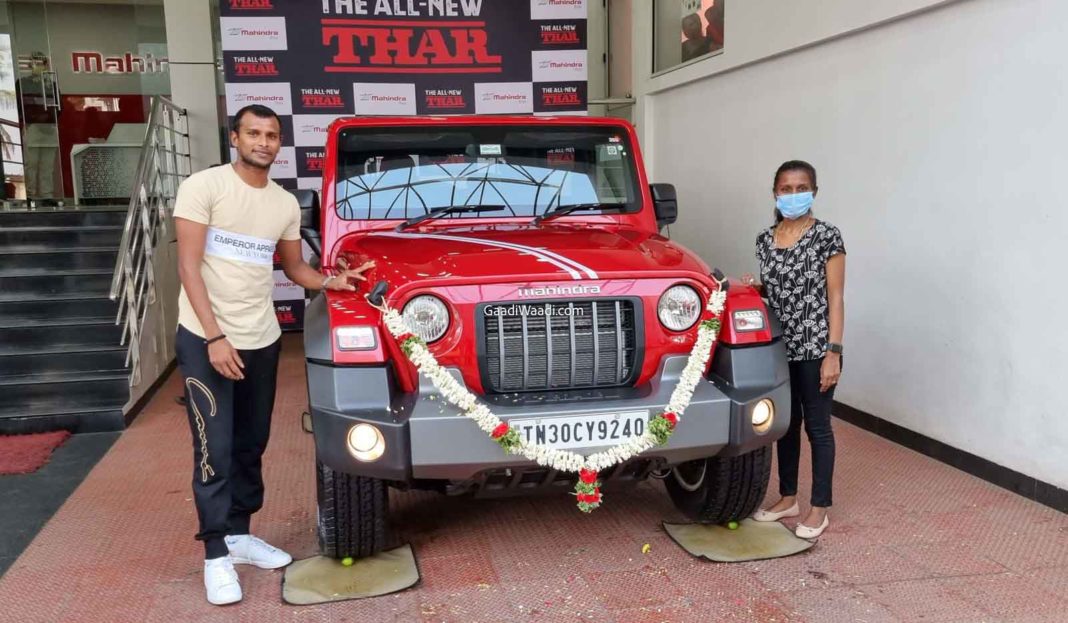 Mahindra Group Chairman Anand Mahindra had previously announced that he would be gifting the six debutants of the Indian Cricket Team one Mahindra Thar SUV each for their efforts in securing the Border-Gavaskar Trophy for India. Now it has been revealed that Mr. Mahindra has fulfilled his promise, since T Natarajan received his brand new Mahindra Thar on Thursday.

“Six young men made their debuts in the recent historic series #INDvAUS (Shardul’s 1 earlier appearance was short-lived due to injury. They’ve made it possible for future generations of youth in India to dream & Explore the Impossible,” Mahindra had said in a Twitter post.

It should be noted that the industrialist has gifted the Thar to the cricketers on his own account, at no expense to the company. After receiving the SUV, Natarajan shared pictures and tweeted “Playing cricket for India is the biggest privilege of my life. My rise has been on an unusual path. Along the way, the love and affection, I have received has overwhelmed me. The support and encouragement from wonderful people, helps me find ways to explore the impossible.” 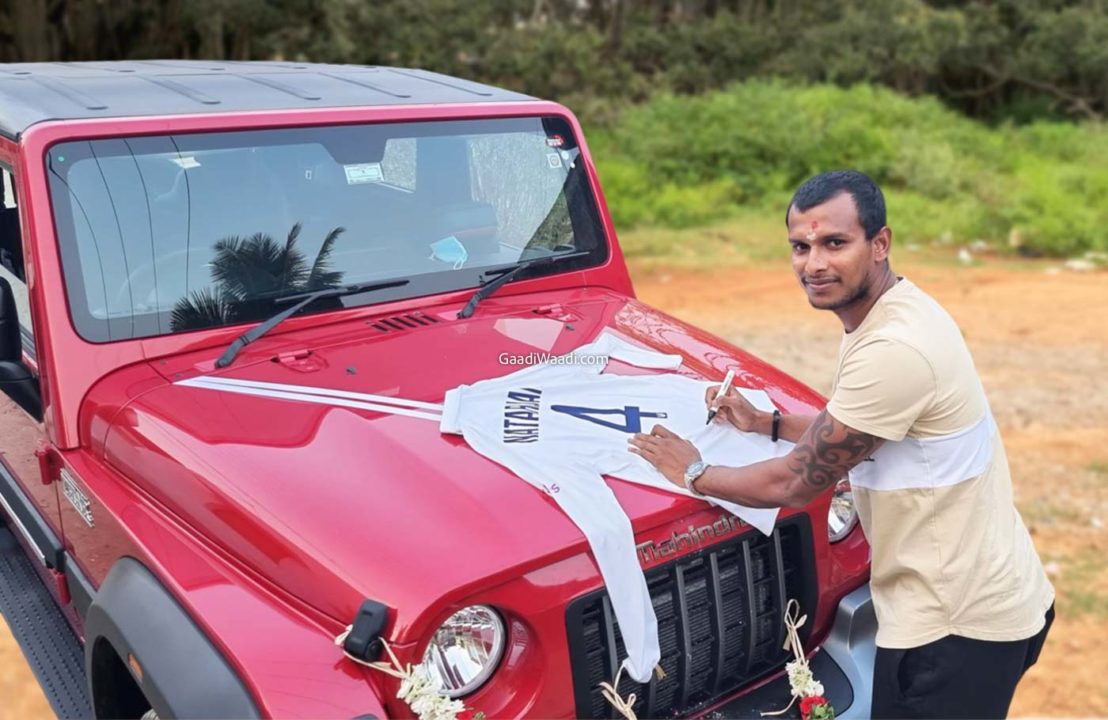 As a gesture of appreciation and in order to thank the businessman and cricket lover for recognising his journey, Natarajan sent back his signed Gabba Test jersey. The Mahindra Thar gifted to the player is a hard-top LX variant, finished in the Red Rage paint scheme.

As of now, Mahindra offers the Thar in India with two powertrain options – a 2.0-litre mStallion turbocharged petrol engine, as well as a 2.2-litre mHawk diesel motor. The former puts out 150 PS power and 300 Nm torque (320 Nm with AT), whereas the latter makes 130 PS of max power and 300 Nm of peak torque.

The transmission duties are handled by a 6-speed manual gearbox, as well as an optional 6-speed torque converter auto on both engines. A 4×4 configuration is offered as standard. Mahindra currently retails the Thar at a starting price of Rs 12.10 lakh, which goes up to Rs 14.15 lakh (both prices, ex-showroom) for the top-end trim.