Suzuki Xbee has retro styling and is powered by a hybrid system; gets several safety technologies on board

In the automotive world, each manufacturer has different priorities. While some relish their strengths, others try to be cautious and protect their identity. However, the latest trend of adapting to various scenarios suited to different demographics is a key to success and Suzuki is doing just that.

In its home country, where the industry is an awash with personalisation up and down the stream, Suzuki has introduced the production version of its Xbee concept. At the 2017 Tokyo Motor Show, the brand showcased a number of concepts to delight the spectators. It included the Xbee which should not be confused with Scion xB as it is pronounced “Cross-bee”.

Also Read: Maruti Suzuki Stock Shot Up By 86 Percent In 2017 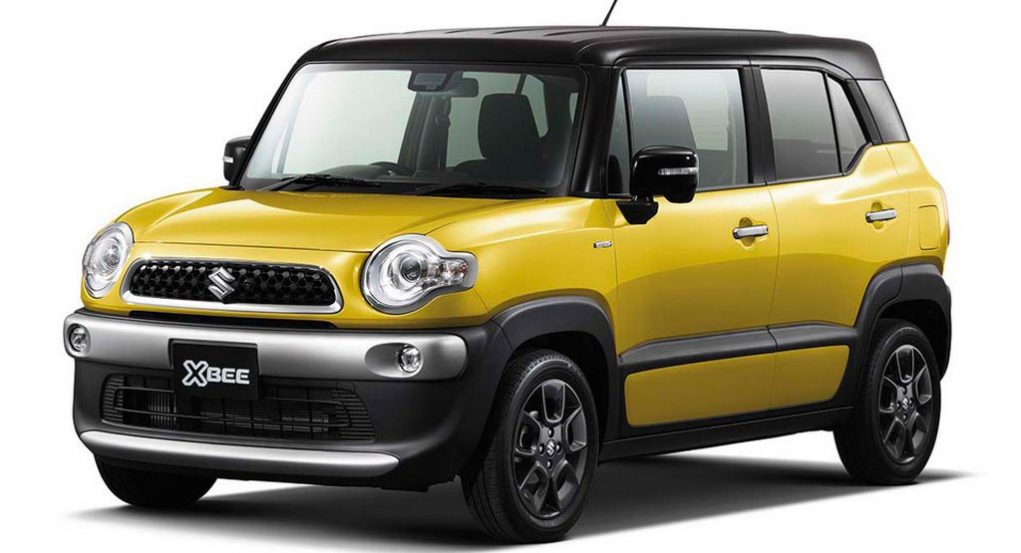 It does have some resemblance to the Toyota FJ Cruiser though with a retro off-road styling as antique styling is the order of the day in Japan. Based on Suzuki’s Hustler minivan, the small crossover graced the Tokyo Big Sight convention center in yellow Xbee, beige Xbee Outdoor Adventure and black Xbee Street Adventure forms. They adopted the same design but have had their noticeable changes.

For the time being at least, it is going to be sold only in the Japanese market. It is endorsed to combine the spacious cabin of a wagon and the fun of an SUV. It comes powered by an exclusive hybrid powertrain, which is based on a 1.0-litre turbocharged engine. It is coupled with a six-speed automatic transmission while customers can order either a two- or four-wheel drive configuration.

Also Read: Maruti Suzuki To Launch Its First EV In India By 2020

The Suzuki Xbee is offered in two trim levels and the prices range from ¥1,765,800 (Rs. 10 lakh approx) for the entry-level front-wheel-drive MX to the range-topping MZ model costing ¥2,145,960 (Rs. 12.15 lakh) with all-wheel-drive. Suzuki will also be selling a whole host of active safety systems and is hoping to sell about 2,000 units of the Xbee every month in Japan.