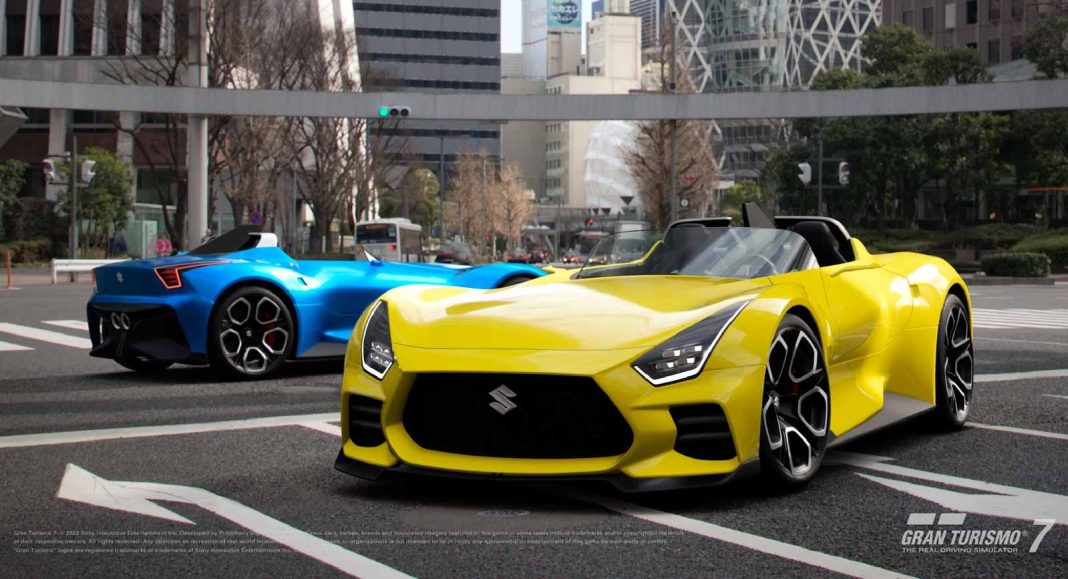 Suzuki has unveiled the Vision Gran Turismo concept for the Grand Turismo 7 video game. The two-seater concept is a sports car deriving power from a unique hybrid powertrain grabbing expertise from the brand’s two- and four-wheeler divisions. As for the performance, a 1.3-litre four-cylinder engine seen on none other than the mighty Hayabusa is utilised.

The powertrain is located at the front and it transfers power to all four wheels effectively making it an all-wheel-drive sports car. The engine develops a maximum power output of 190 hp, in a similar fashion to that of the Hayabusa and it works in tandem with a triple electric motor system helping in increasing the overall power output to a massive 432 hp at 9,700 rpm.

The peak torque stands at 610 Nm. The Suzuki Vision Gran Turismo concept made for GT7 is the Japanese company’s first car powered by a motorcycle’s engine since the GSX-R/4 concept was showcased more than twenty-one years ago. The Suzuki Misano concept displayed in 2021 also took plenty of inspiration from the brand’s two-wheelers as well. 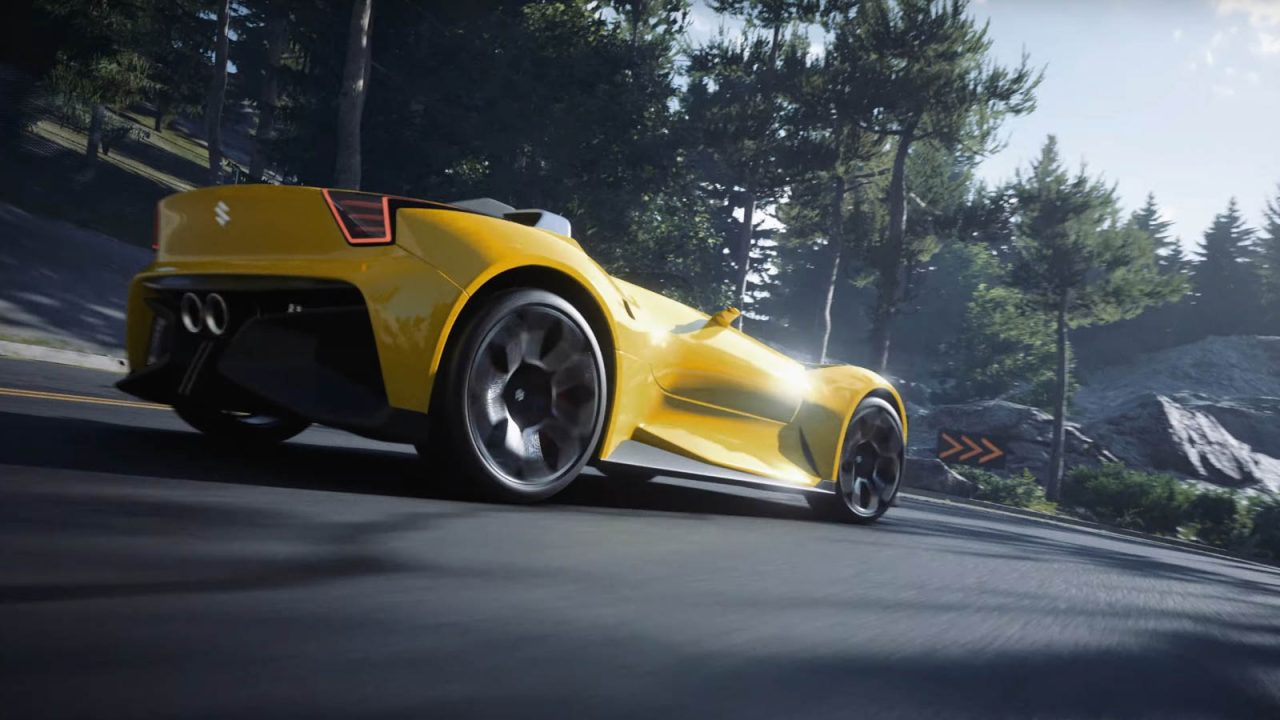 The hybrid system works in a way that the petrol engine drives the rear axle and two of the three electric motors utilised send power to the front wheels. The concept tips the weighing scale at 970 kg and Suzuki says it was brought up with cutting-edge weight-reduction technology. The overall styling apparently is heavily influenced by the performance-based Swift Sport.

The futuristic interior boasts a yoke-styled steering wheel and a dual digital mirror screen. Suzuki further noted that the Suzuki Vision Gran Turismo concept “back the legendary GSX-R/4 with the latest tech as an all-wheel-drive super-sport”. While the conceptual study won’t make its way to production, it shows the possibilities when the engineers are given a free run. 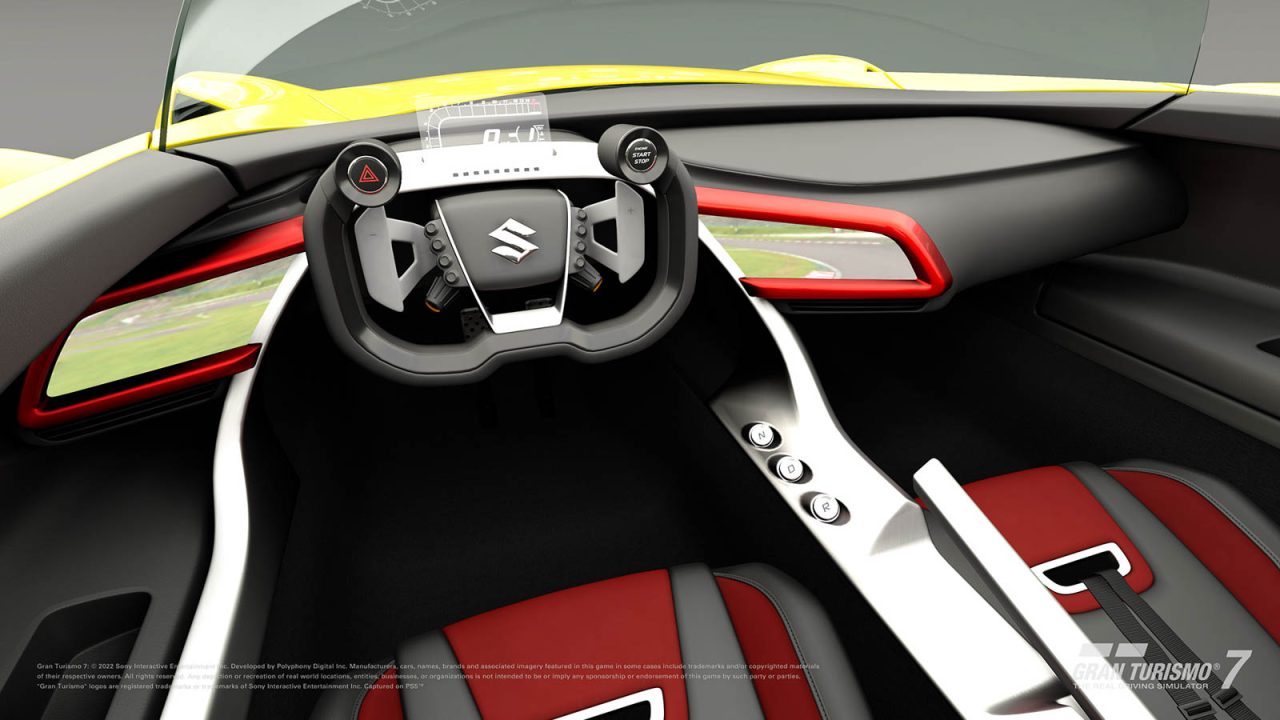