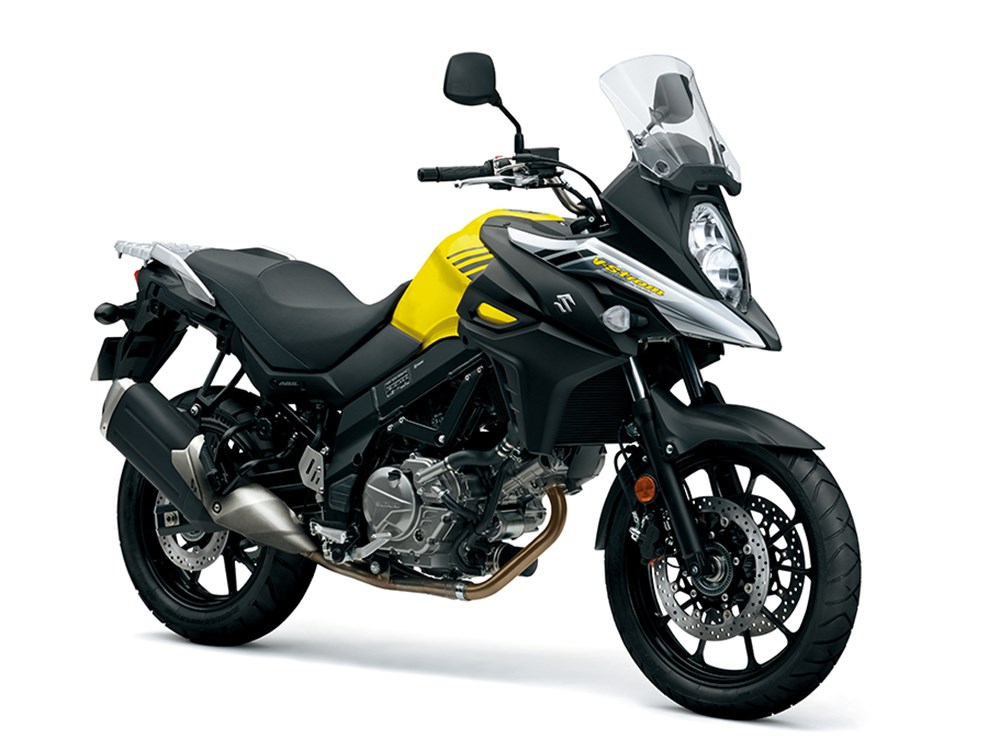 Keeping up with its promise of focusing more on premium bikes, Suzuki could commercially launch the V-Strom 650 adventure bike after 2018 Auto Expo

We reported of a news in November that Suzuki Motorcycle India Private Limited (SMIPL) was expected to launch its middleweight adventure tourer V-Strom 650 in the country early this year. Along with that the company also seemed to have plans to launch the GSX-S750 naked streetfighter at the 2018 Auto Expo scheduled for next year in February. It appears both the speculations could come true.

Earlier, Suzuki had announced that it will be going to focus more on premium bikes and scooters in India. The Japanese manufacturer had also stated that it will be launching at least two motorcycles and scooters every year in the country to challenge the competition in a more effective way. Suzuki intends to take its sales figure to 1 million by the year 2020. Coming back to the Suzuki V-Strom 650, the motorcycle is now speculated to enter local assembly in India and hence, will arrive via the Completely Knocked Down (CKD) route. For this reason, the motorcycle is expected to arrive with a competitive price tag of around Rs. 6-7 lakh (ex-showroom) and it will likely be the first sub-1,000 cc offering from the company.

The V-Strom 650 is more popular than its litre class cousin in the international markets due to its versatility and ease of use both on and off road and it is expected to debut at the 2018 Auto Expo as well. But it appears that the locally assembled version may arrive one or two years later as necessary changes need to be made at the production base. 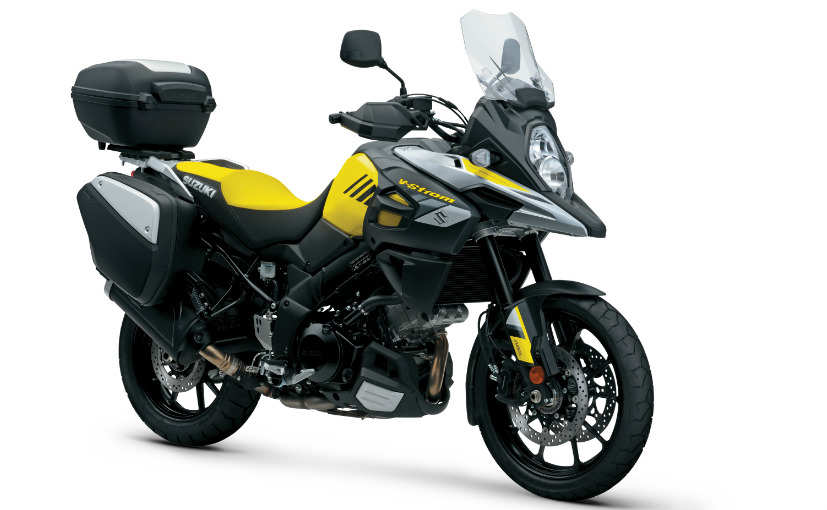 We are expecting to see the fully imported model to debut sometime early this year to make a name for itself following Expo premiere. However, it will gain sales traction when it gets sold via CKD route due to lowered price as the Hayabusa. Talking of powertrain, the Suzuki V-Strom 650 draws its power from a 650cc, liquid-cooled, V-twin engine assisted to a six-speed gearbox. The motorcycle will be offered with a standard ABS (Anti-Lock Braking System) along with a traction control system.

The braking system of the V-Strom 650 comprises of twin 310mm disc brakes at the front along with a single 260mm disc brake at the rear. The suspension set up of this bike comprises of conventional telescopic forks upfront along with a monoshock at the rear. The bike rides on 110/80-R19 front and 150/70-R17 rear tyres that come mounted over stylish black alloy wheels. Furthermore, the tyres are tubeless to offer convenience in case of a puncture. 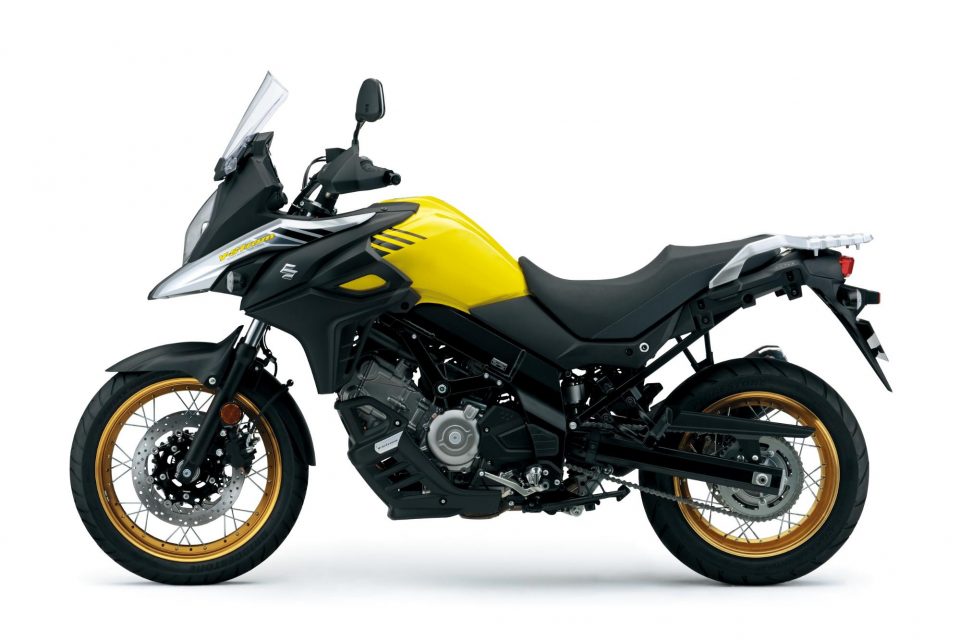 The Suzuki V-Strom 650 accounts for a total kerb weight of 214 kgs and has been fitted with a 20-litre fuel tank in favour of long distance touring. This motorcycle has overall body dimensions of 2290mm x 835mm x 1405mm (LxWxH) and has a wheelbase of 1560mm.

The Suzuki V-Strom 650 is being offered internationally in two variants namely the standard V-Strom 650 and the V-Strom 650XT. The latter is more adventure biased and gets some off-road inspired elements like spoke wheels, hand guards and engine protection plate. 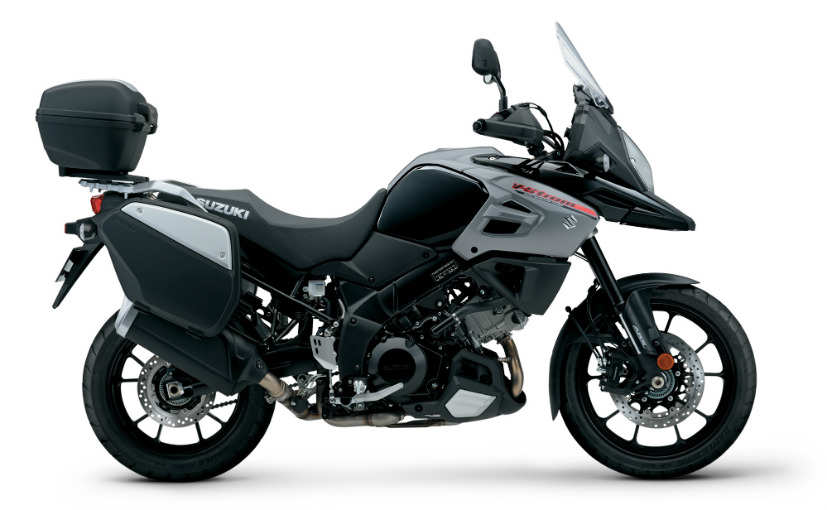 Another report states that the company is looking forward to launch the premium XT trim in India and will take the final decision depending upon customer response at the 2018 Auto Expo. The Suzuki V-Strom 650 will challenge the likes of Kawasaki Versys 650 in the Indian two-wheeler market.