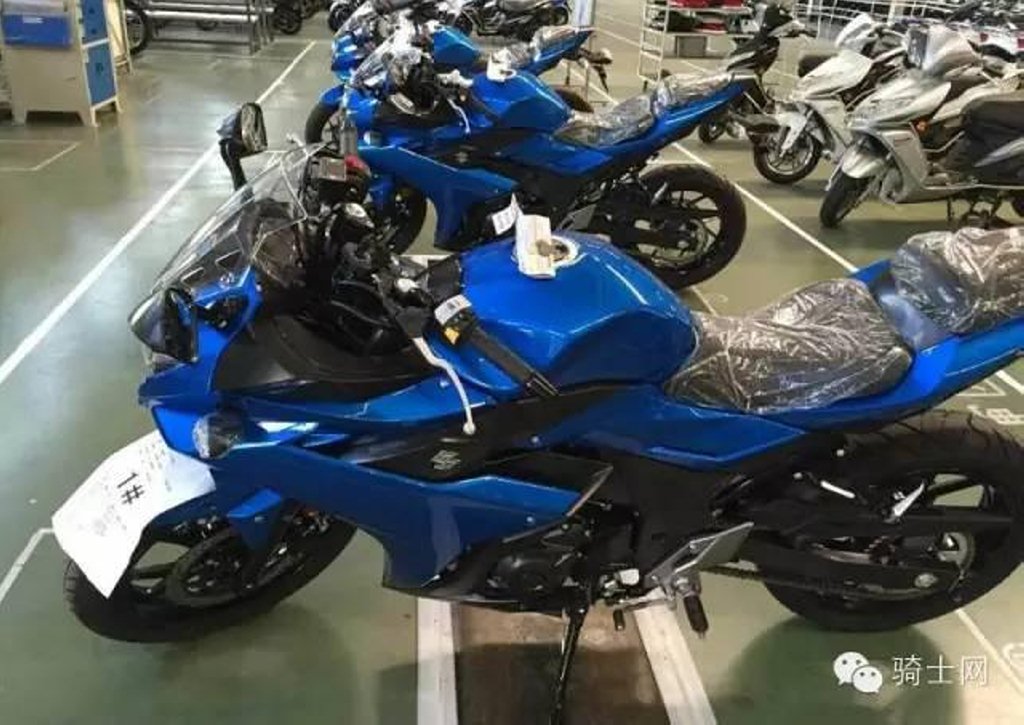 It has been nearly a decade Suzuki Motorcycles has re-entered the Indian market, and in these years for the first time Suzuki Motorcycles is expecting profit. A reason behind the recent success is their Gixxer model. Now the company is planning to introduce an all new premium model based on the present outgoing 155 cc Gixxer, and the new bike would be between 150 cc to 250 cc.

The mass commuter segment of 100 cc and 125 cc is ruled by Bajaj, Hero and Honda in Indian market. Therefore Suzuki Motorcycles is planning to emphasize on the premium segment with high end models. In that attempt the Japanese company will assemble their superbike Hayabusa in India. The Gixxer has garnered appreciation and high sales figure in Indian market. Therefore the company is keen to introduce the new model based on the popular model. It would be christened as GSX R250.

We saw the first glimpse of the Suzuki Gixxer 250, when the spyshots taken at Suzuki’s Haojue Changzhou plant in China surfaced on web world in last December. We expected Suzuki would showcase the bike at the recently concluded Auto Expo 2016, although it didn’t happen. The new 250 cc Gixxer seems to adorn the styling from Suzuki GSX-R1000. The instrument panel, switchgear console looks identical to the Suzuki Gixxer 155. Feature seen in the new bike are mono halogen headlamp, clip on handlebars and split seats.