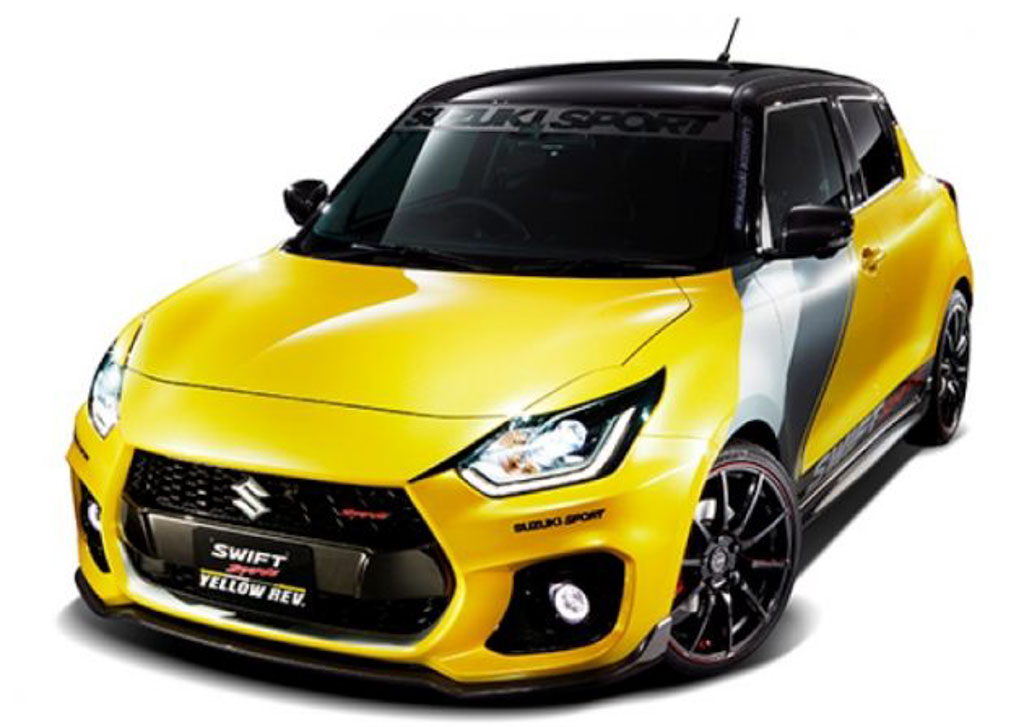 The 2019 edition of Tokyo Auto Salon is just a couple of weeks away and manufacturers are giving glimpses of what they are coming up with already. The Japanese brands in particular are eager to show up with custom concept on their popular vehicles to impress the gathering crowd.

We have told you before that Honda will be revealing a crossover concept called Versatilist based on the Civic hatchback. Suzuki does not want to be left behind as it is preparing to unleash three concepts and two of them are based on the new generation Jimny off-roader.

The other one is based on Suzuki’s highly popular Swift hatchback. Dubbed the Swift Sport Yellow Rev, it comes pained in a special finish that translates to High Chroma Yellow Pearl. The body is coloured in contrast yellow while the pillars and roof gain black paint with glass tinted in black.

Suzuki released a single image of the Swift Sport Yellow Rev concept and on the side profile, it gets white and grey graphics along with sporty decals. The blackened front grille and multi-spoke black alloy wheels are other key highlights of the concept. Whether Suzuki has made any mechanical changes or not is yet known. 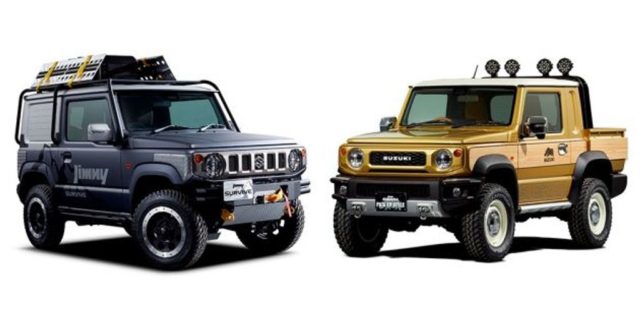 We will get to know more about this concept upon debut in Tokyo. The Jimny small off-roader, which has been facing huge demand globally, forms the basis of other two concepts. The Sierra variant of the Jimny is used to create a pickup truck concept by replacing several parts including rear seats.