The entry-level Suzuki Jimny costs equivalent of Rs 17.26 lakh in the foreign markets, while the Mercedes-Benz G-Class range starts from equivalent of about Rs 88.55 lakh

A Japanese tuner named Aeroover has transformed a Suzuki Jimny into a luxury SUV that is 10x more expensive than it, the Mercedes-Benz G-Class. While the Suzuki Jimny is in itself a pretty capable off-roader, people at Aeroover have found this solution for Jimny owners who dream of one day owning a G Wagon.

This specific Jimny prototype sports a white paint scheme, and a modification kit which lends it a new radiator grille similar to the one seen on the G-Class and a tailgate mounted spare wheel with a cover that mimics the G Wagon. Apart from that, the front and rear bumper of the Jimny have also been replaced with new units, and the car now gets 80 mm wider fenders flares.

The larger fenders have helped Aeroover put larger wheels on the Jimny, shod on low profile tyres. The alloy wheel design also looks identical to the G-Class. The minute details have also been taken care of, like the side-mounted exhaust on the current-gen G Wagon has also been replicated on this Jimny. 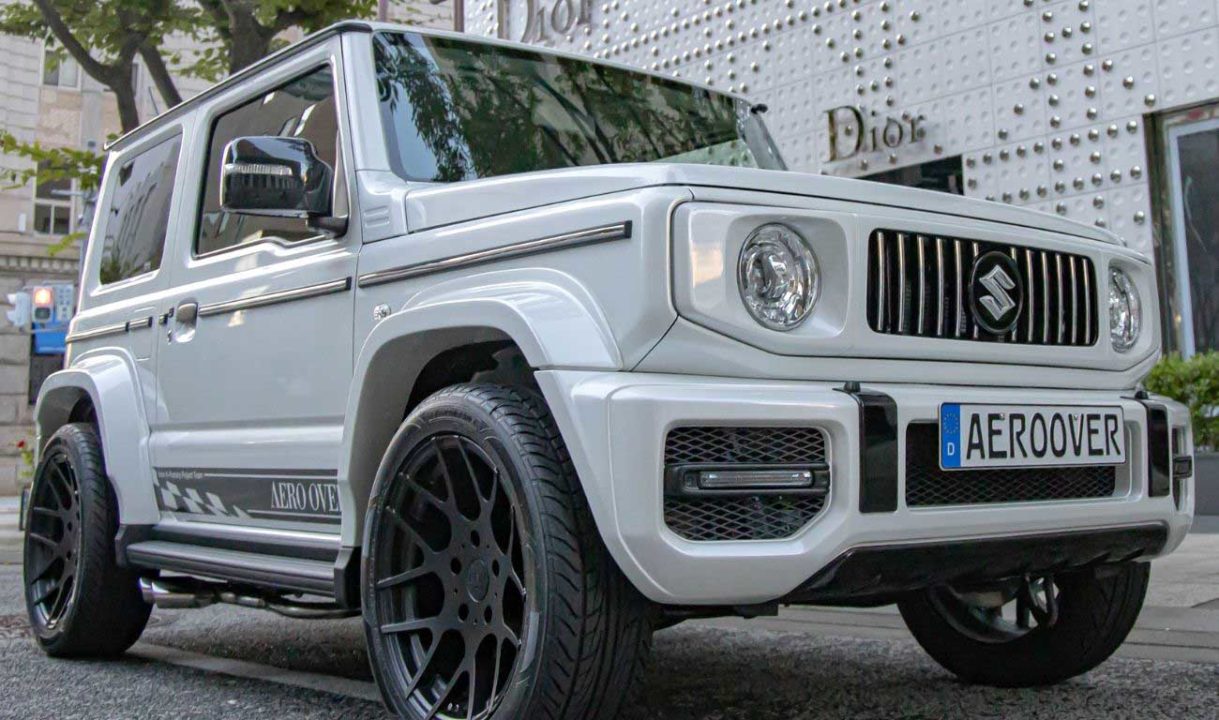 However, no details regarding an upgrade to the engine has been confirmed. The Suzuki Jimny uses 1.5-litre naturally aspirated four-cylinder petrol engine as standard. The said powertrain puts out 101 hp of maximum power and 130 Nm of peak torque, and comes coupled with a 5-speed manual transmission along with a low-range gearbox for off-roading.

On the contrary, the G-Wagon comes equipped with a 4.0-litre bi-turbo V8 AMG petrol engine, which generates 577 horses and 850 Nm torque. The G-Wagon also gets three electronic differential locks, along with a 9-speed automatic transmission. The Indian-spec G-Class is also offered with a 3.0-litre diesel motor that makes 285 hp/600 Nm. 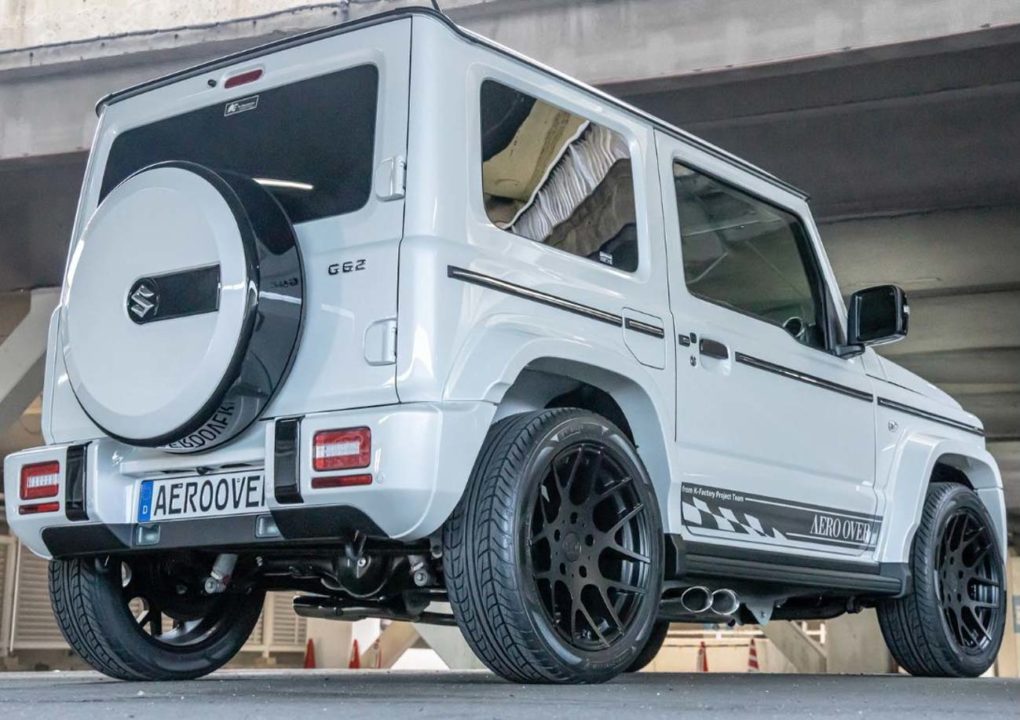 Maruti Suzuki is planning to bring the Jimny to the Indian market, and showcased the car in the country at the 2020 Auto Expo that took place last month. The International-spec Jimny is available with a 3-door configuration only, however, Maruti would have to alter it to make it suitable for the Indian market. The Jimny might also be rebadged and sold as the next-gen Gypsy in India.