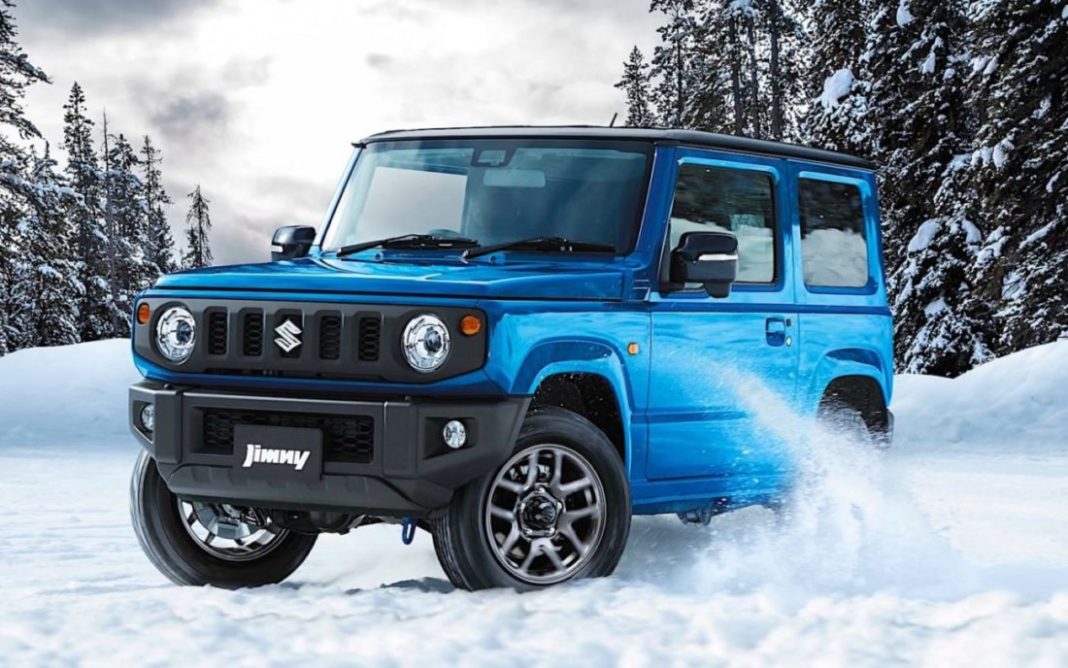 According to latest media reports, the pint-sized Jimny off-roader will be manufactured in India from 2020 for export markets like Africa and the Middle East at least initially. The compact vehicle is currently produced at Suzuki’s Kosai plant in Japan. Rumours circulating the Jimny’s debut in India have been there for long and it could actually happen in the coming years.

It is expected to be the spiritual successor of the now-defunct Gypsy. Suzuki has now announced a callback for the Jimny globally due to the possibility of fuel leakage. The Japanese manufacturer stated that the moulding in the fuel hose was found to be less flexible in the affected Jimny models and in the worst case scenario, the stalls could be damaged and fuel could be leaked through the hose.

It could cause adverse effects and lead to safety hazards. Thus, Suzuki has immediately intimated owners of the fourth generation Jimny to bring their vehicles to an authorised nearby dealership and get the hose replaced with new components. As much as 21,248 units manufactured between May 11, 2018 and March 12, 2019 are recalled under this campaign.

The affected units are coded JB64W-100092 to JB64W-121516. With huge fanfare, the fourth generation Jimny made its global premiere in mid-2018 and was one of the biggest updates ever endured by the off-roader in its nearly 50-year run. Built on ladder frame chassis, it features low-range gearbox, three-link rigid suspension and part-time 4WD system.

The Jimny has authentic styling with a boxy profile and round-shaped headlamps along with flared wheel arches and high riding nature ensuring an upright stance. The highly capable small off-roader could be positioned between the Vitara Brezza and the expected mid-size SUV rivalling Hyundai Creta.

Since Jeep confirmed that its sub-four-metre SUV will have trail-rated off-road characteristics, it could compete firmly against the Jimny upon arrival. It is powered by a 0.66-litre R06A turbocharged engine in Japan while an all-new 1.5-litre K15B three-cylinder petrol developing 100 PS and 130 Nm is used elsewhere with a standard five-speed manual or a four-speed AT.