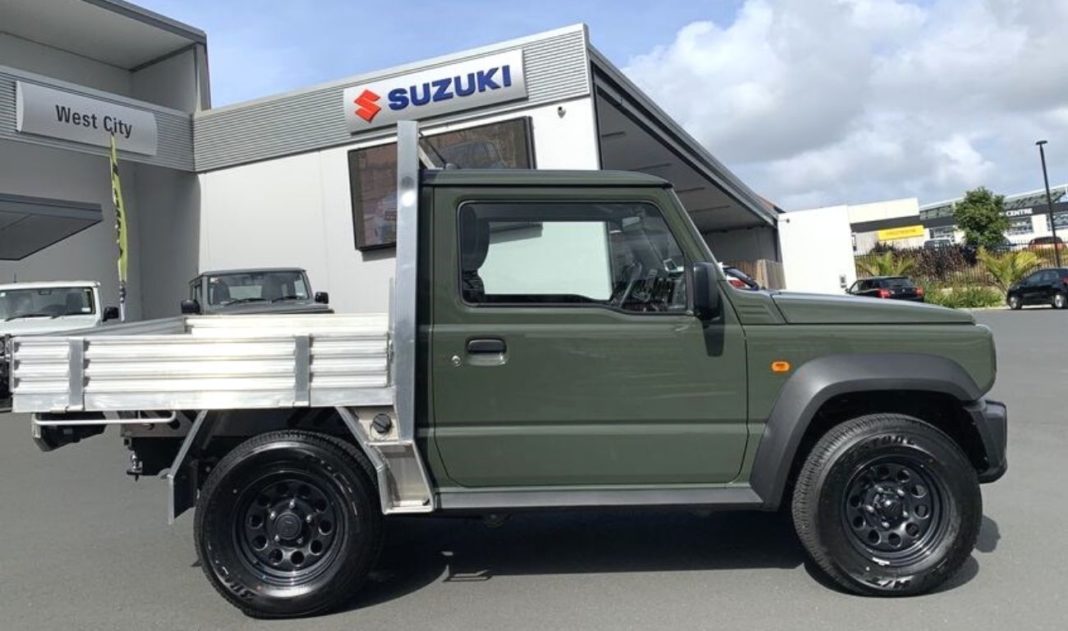 While the Suzuki Jimny Pickup version being sold in New Zealand doesn’t seem to be a match to Toyota Hilux or Ford Ranger, it surely gives an all-new dimension to the mini SUV

In its fourth generation now, the Suzuki Jimny has been one of the most well-received affordable, no-nonsense mini-SUVs that can outclass some pricier vehicles off the road. Given the high popularity of this vehicle, it’s not unusual to come across modified versions of it. However, the Suzuki Jimny Pickup Version that is being sold in New Zealand is something that takes us by a pretty big surprise.

While the modified Jimny you can see in the images we have here might not be a challenger to the Toyota Hilux or Ford Ranger in true sense of word, it surely manages to have at least as much character.

It needs to be mentioned here that the conversion of the mini-SUV into a mini-pickup is being offered by Suzuki New Zealand in Whanganui. Basically, the rear-end of the vehicle is chopped off and a small cargo bay replaces it. 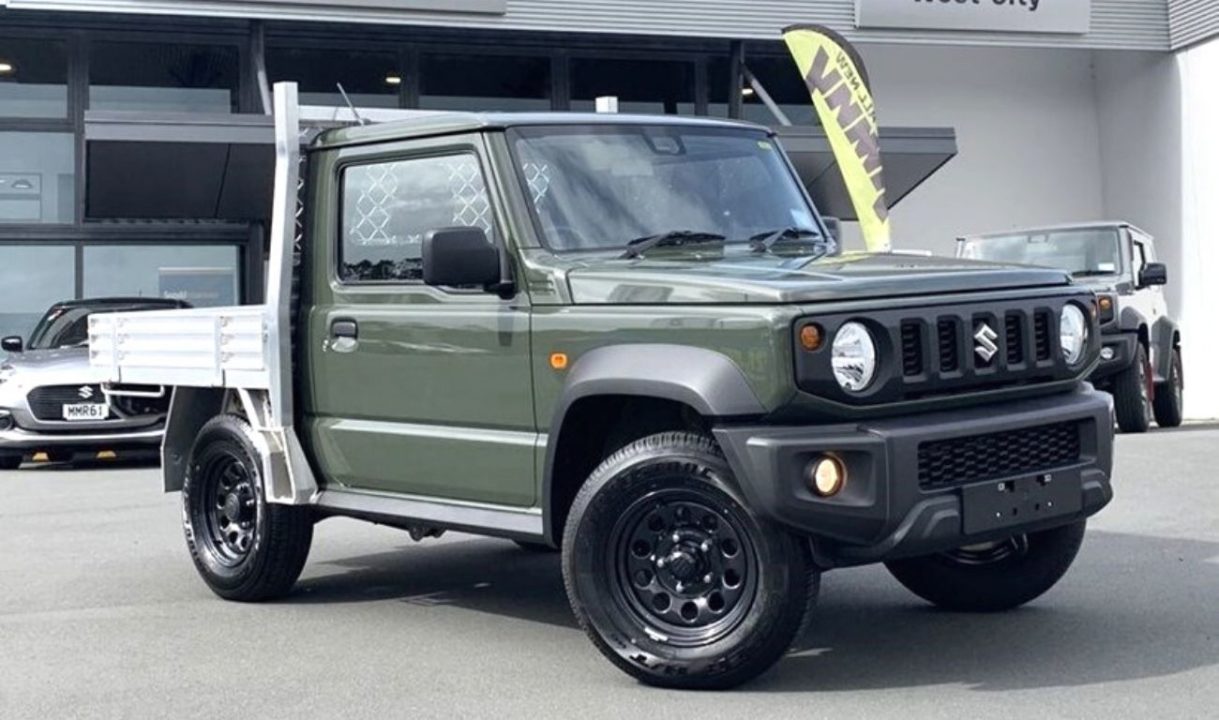 Other than looking really cool, this modification is also certified by the authorities, which means you can legally buy this custom Jimny off the shelves. The pickup is based on the base-level Jimny JX and not the Sierra, which means it loses out on some of the creature comforts that are available on the top-spec trim. However, dual sensor brake support and high beam assist are included in the safety kit on offer.

The alloy wheels, however, have made way for steel rims, while the headlights carry a halogen setup each. You also don’t get an automatic transmission as the Suzuki Jimny Pickup is being sold only with the 5-speed manual transmission. You also miss out on leather-wrapped steering wheel, automatic climate control and touchscreen infotainment unit. 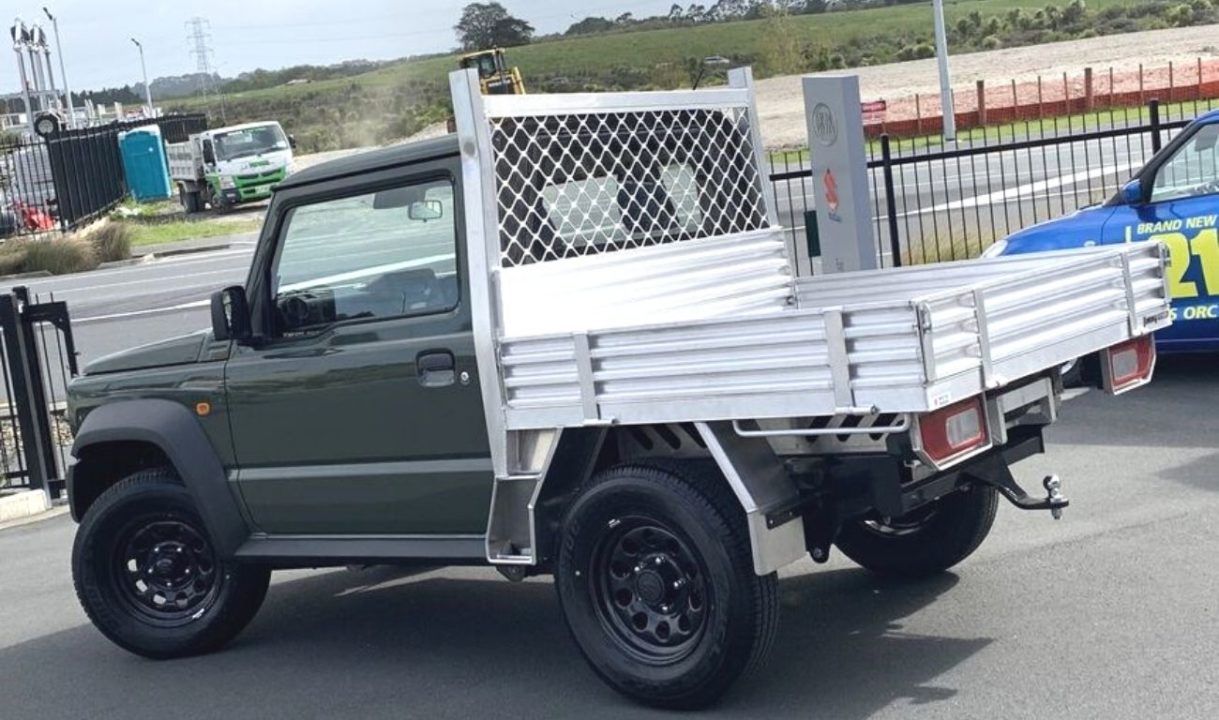 This Jimny pickup truck gets its juice from a 1.5-litre K-series engine that produces a maximum power of 100.5HP and a peak torque of 130 Nm. This modified SUV is being sold for $37,990, which is a good $12,000 more than the base version of manual transmission-equipped Jimny Sierra.