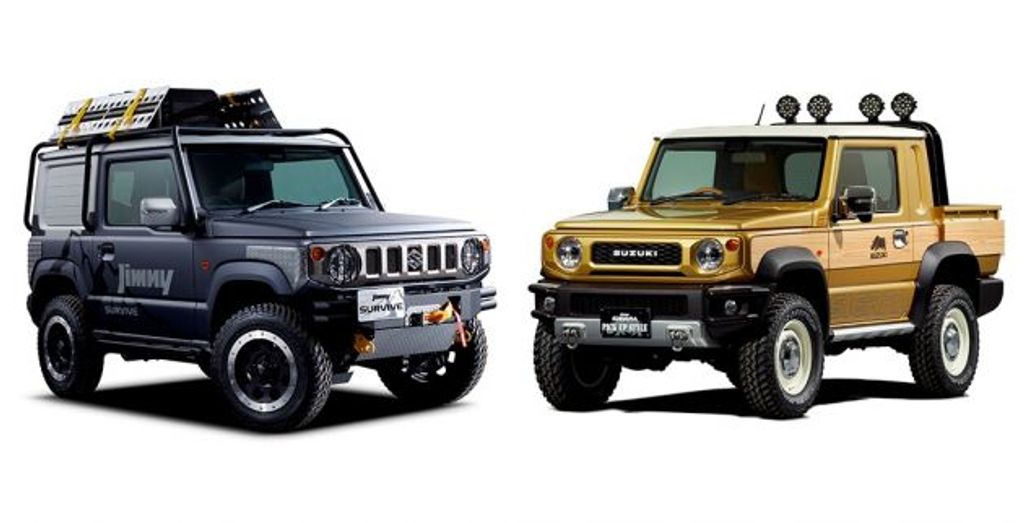 The new generation of Suzuki Jimny is so popular around the world and the company is going to showcase two new concept versions of Jimny at the upcoming 2019 Tokyo Auto Salon as both models look distinctive. The first one is a pickup version based on the Jimny Sierra and the second is based on the regular model.

The second row has been completely removed on the Sierra and the company has made so many changes for the model as they have given an old-school design theme. The concept is finished in brown colour and it reminds me of the old Toyota Land Cruiser. The front gets round headlamps and the small black-finished grille as the company has written the full Suzuki name instead of the logo.

The front bumper is completely new and it is finished in black with a new skid plate, which has two tow hooks to continue the muscular theme. The black plastic cladding has been retained but the flared wheel arches are new and the roof is finished in white colour. The alloy wheels have been replaced by retro-type wheels with all-weather tyres from Bridgestone.

The mirrors and door handles are finished in chrome. The pickup also gets some extra lights also and the rear will come with new tail lights but the company hasn’t released rear or interior images. The dashboard is expected to be the same from the regular model but it will be finished in brown colour to match the exterior colour tone. 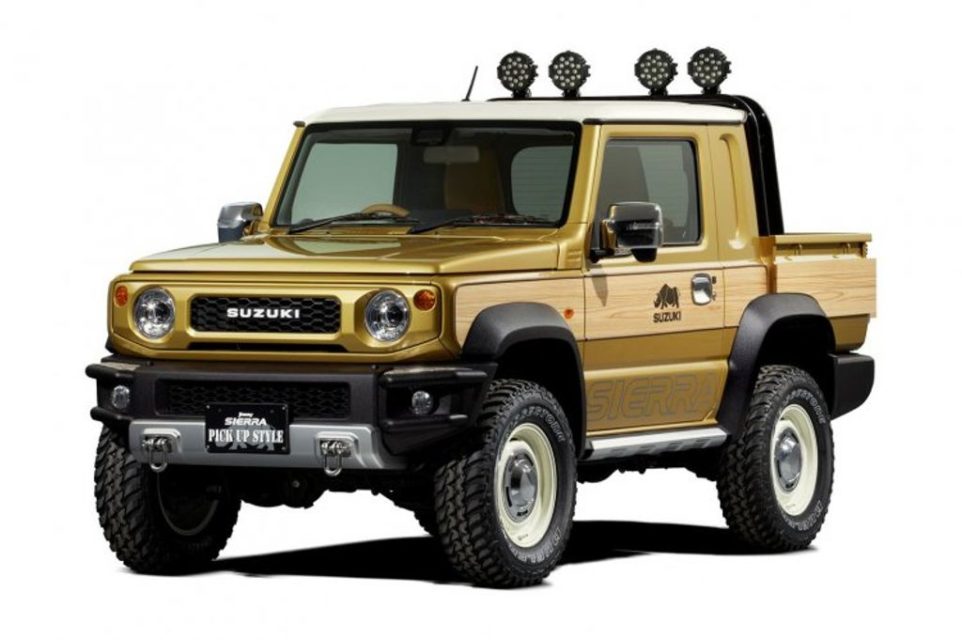 The Jimny Survive concept doesn’t get major body changes as the front get a new metal bumper, which improves approach and departure angle of the SUV. The company has also given new bigger black-finished alloy wheels along with off-road ramps also. But the biggest addition is the external rollover cage and more metal platings.

The engine is not expected to remain same as it will be powered by the same K15B 1.5 L naturally aspirated petrol engine producing 102 hp of power at 6,000 rpm and 130 Nm of torque at 4,000 rpm. This engine is mated to a 5-speed manual and 4-speed auto gearbox with a part-time 4WD system as standard.