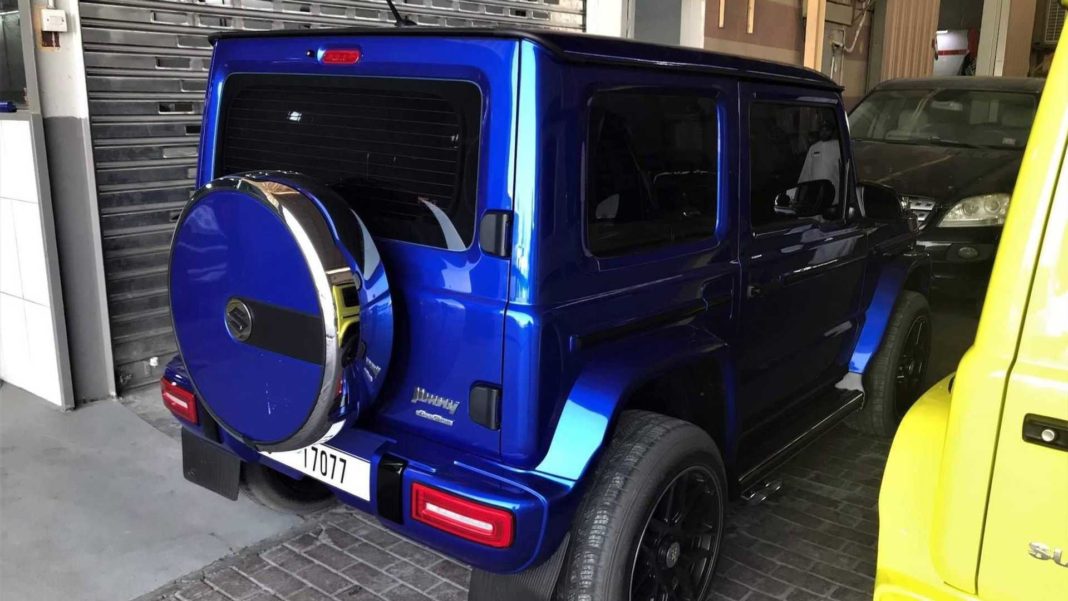 Taking advantage of the uncanny resemblance with the Mercedes G-Wagon, several car modification firms have come up with conversion kits for Suzuki Jimny

The Suzuki Jimny is a highly talked about mini-SUV that enjoys a fair amount of following even in India. True, the Japanese automaker currently has no plans of launching the vehicle in India but globally, the Jimny has been doing well and has even made it to the tuning scenes.

The latest on this is the sudden introduction of several modification kits that convert the Suzuki Jimny into a Mercedes-AMG G63 lookalike. This isn’t surprising, if you consider that the boxy design and the clean surfaces of the Jimny resemble those of the luxury off-roader.

No wonder, then, that the customizers were quick to jump at this opportunity and have been quick enough to come with conversion kits that can make the Suzuki Jimny look almost the same as the Mercedes G-Wagon. 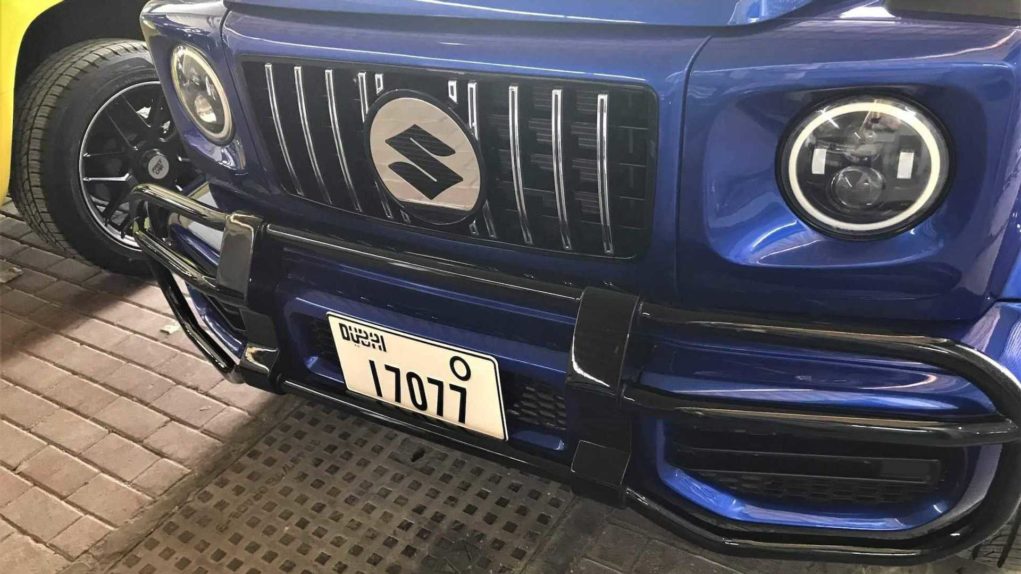 A UAE-based car modification company called Grace of Fast Car Service Centre, located in Ras Al Khor, Dubai has made such a fantastic conversion kit that any Suzuki Jimny equipped with it can easily pass off for the Mercedes-AMG G63.

At the front-end, the modified Suzuki Jimny gets a traditional Pan Americana grille, stylish LEDs and a rugged bull bar. It even gets stylish fender-mounted turn indicators and chiselled hood, which are two of the prominent features of military-derived Mercy. In fact, the company could have even replaced the S logo with a tri-pointed star to complete the entire package. 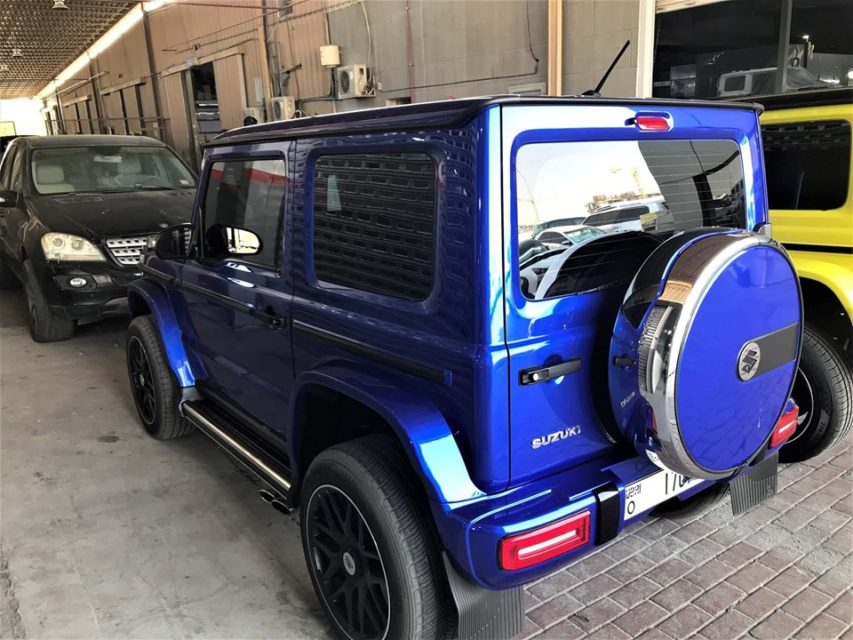 In the side profile, the modified Suzuki Jimny gets Merc-like alloys and even the signature twin exhaust pipes. The rear-end also resembles the posterior of the Mercedes-AMG G63. Other than these Jimny-to-G63 conversions, there have been other tuned versions, too. For example, the Black Bison Edition from Wald International looks simply amazing.